Climate-smart agriculture and natural climate solutions are key to meeting the climate challenge, but so is helping farmers implement technologies that can help them withstand the changes ahead. A new report from the Food and Agriculture Organization identifies the greatest risks to our food supply and how we can best address them. 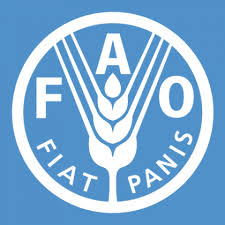 16 May 2019 | Accelerating climate change impacts mean that farmers around the world need to adopt “disaster-resilient” farming practices in order to grow adequate food for growing populations. This is a key finding of a new report by the United Nations Food and Agriculture Organization (FAO).

According to the UN, 91% of all disasters between 1998 and 2017 were caused by floods, storms, droughts, heatwaves and other extreme weather events.

Such events are becoming more frequent and intense, and with growing impacts on food security.

This week, the UN’s Global Assessment Report 2019 (GAR2019) warned of dangerous overdependence on single crops in an age of accelerating global warming, with drought likely to emerge as a complex risk due to its wide-ranging, slow building, and cascading impacts.

The good news is that disaster-resilient farming techniques can be easy to implement and can bring significant economic benefits with them.

For example, many of the technologies analyzed by FAO contribute to reducing pressure on water resources in drought-prone areas – a benefit whose value will only increase as climate change continues to impact on water resources.

Rainwater harvesting measures deployed in Uganda, Cambodia and Jamaica improved access to water for domestic use and reduced pressure on groundwater resources.

In Cambodia, on-farm water use declined by four times after the introduction of drip irrigation systems and levels of fertilizer run-off also decreased.

Altogether, for all good practices evaluated in this study, 63 percent of farmers felt they offered increased resilience in the face of climate hazards.

For example, the planting of shade trees on Ugandan coffee plantations and in Bolivian forests also used for cattle raising increased carbon sequestration while simultaneously preventing degradation of pastures and forests.

And use of fish pots in the Philippines reduced the number of boat trips required to harvest the fish, lowering diesel fuel by 33 percent.

However, there are clearly limits to the extent agriculture can adapt, and nothing short of the full implementation of the Paris Climate Change Agreementcan prevent the worst impacts of climate change from kicking in and devastating the agricultural sector.