The United States may have withdrawn from the Paris Climate Agreement, but national and regional leaders from across the Americas have vowed to “Make the Planet Great Again” by embracing a price on carbon at the One Planet Summit in Paris. 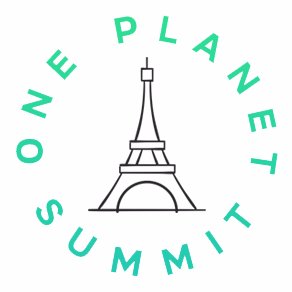 12 December 2017 | Two years to the day after leaders of countries from around the world sealed the Paris Climate Agreement, leaders of nations, provinces, and regions from across North and South America meeting in the French capital for the One Planet Summit pledged to put a price on greenhouse-gas emissions within their jurisdictions through a new initiative called the Carbon Pricing in the Americas cooperative framework.

Signed by national leaders (including two heads of state) from Canada, Chile, Colombia, Costa Rica, and México, as well as the Governors of the US states of California and Washington and the Premiers of the Canadian provinces of Alberta, British Columbia, Nova Scotia, Ontario and Quebec, the declaration reaffirms each jurisdiction’s commitment to the Paris Agreement and offers to:

Worldwide, there are now 42 national and 25 sub-national jurisdictions putting a price on carbon emissions, and the (CPA) will serve as a platform for cooperation among jurisdictions and, with support from varied stakeholders – including, businesses, financial institutions, nongovernmental organizations, and civil society – will aim to identify opportunities to increase alignment of carbon pricing systems and promote carbon markets that build on already successfully implemented initiatives, such as the Partnership for Market Readiness (PMR), among others.

Why They’re Doing It

“By implementing a carbon price, we allow market forces to push climate action at a lower cost,” said Chilean President Michelle Bachelet. “When economic and environmental objectives are aligned, sustainable development is inevitable.”

“By adopting this Declaration, we recognize the enormous potential of collaboration in the continent, to continue broadening, deepening and linking our carbon markets,” added Mexican President Enrique Peña Nieto, pointing out that his country is set to begin piloting carbon pricing in the second half of 2018.

“California has put a price on carbon, and at the same time our economy has grown to the 6th largest in the world,” said California Governor Jerry Brown. “We’ll work with states and countries across the Americas  – and beyond – to expand the effort.”

“Carbon Pricing is a one of the most important economic instruments for Colombia and is part of our National Climate Change Policy,” said María Angela Holguín Cuellar, of Colombia’s Ministry of Foreign Affairs. “We recognize the importance to strengthen the technical dialogue between our governments in order to enhance the climate action in our region.”