Carbon finance can help rural Africans establish sustainable ways of doing business, and several efforts are underway to build carbon exchanges that can help project developers identify prices and manage risk. These efforts will only generate meaningful change, however, if the rural poor understand carbon markets and how to access them. 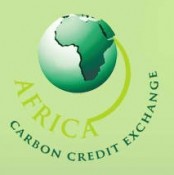 Carbon finance can help rural Africans establish more sustainable ways of doing business, and several efforts are underway to build carbon exchanges that can help project developers identify prices and manage risk. These efforts will only generate meaningful change, however, if the rural poor understand carbon markets and how to access them. The African Carbon Credit Exchange aims to build that understanding.

23 November 2010 | Karin Sosis spent part of this past summer helping promote the use of energy-efficient stoves among farmers in the Zambian countryside.  The new stoves burn about half as much wood as the old ones did, and carbon offsets paid for them.

The money came from far away, but the benefits on the ground were immediate.  Farmers’ wives, for example, now spend less time gathering wood than they did before.  Their food cooks faster, and their families inhale less lung-clogging soot.

“We installed ten stoves in one community that had been identified by local leaders, and we made several visits up there and started talking to people and ended up having a big meeting,” she says.  “Maybe 35 or 50 people from the community came and told us what they thought – they wanted more stoves, and I thought it was really interesting that almost none of them had heard of climate change.”

Rural people are among those who can benefit the most from carbon finance, but they are also among those least informed about the potential benefits.  It’s as true in the Indonesian state of Ache as it is in the US state of Arkansas, but nowhere is it more true than in Africa, which lags the rest of the world in the generation of carbon offsets.

Scores of efforts are underway to correct that, and among them are a handful of fledgling carbon credit exchanges that aim to list UN-approved Certified Emission Reductions (CERs) and, in some cases, voluntary credits.

Sosis works with one of those efforts – the Africa Carbon Credit Exchange (ACCE), which is being set up with support from the United States Agency for International Development (USAID) and aims to build capacity and a platform for Zambia to engage the carbon markets – in that order.

Other exchanges are in various states of development in Kenya, Tanzania, Senegal, and Mauritius.

Why Build an Exchange?

Last year’s State of the Voluntary Carbon Markets report found that Africa-based projects captured a scant two percent of the global market share for voluntary carbon credits. Judging by Africa’s marginal engagement in both the voluntary carbon market and the UN’s Clean Development Mechanism (CDM), it may seem like ACCE is putting the cart before the horse.

“A lot of the carbon-offset deals that are being negotiated within Africa are very highly discounted,” says Sosis, referring to the lower price that carbon-offset projects in Africa often attract.  “An exchange can provide price discovery and some transparency about choice.”

More importantly, she says, it can provide a vehicle through which local farmers, brokers, and project developers manage their risk by locking in tomorrow’s prices today.

“The same thing that’s happening now in Africa happened over the last decade in India,” says Lamon Rutten, the former head of commodity finance, risk management and information at the United Nations Conference on Trade and Development (UNCTAD).   He’s now the joint managing director of India’s Multi-Commodity Exchange (MCX), which already lists CER futures and is in the process of setting up a mirror contract in Africa.

“We’ve seen time and again in agriculture that when you have price transparency and a centralized exchange, the small farmers win,” he says.   “In part, it’s because they learn the value of their product, so they’re not so easily hoodwinked on the low end or greedy on the high end, but it’s also because they can manage their risk and borrow against future earnings at a much lower rate, which ultimately makes their whole business more efficient.”

“The small farmers have to understand the markets,” says Ramaseshan, who runs India’s other major commodity exchange, the National Commodities and Derivatives Exchange (NCDEX). “We’ve spent years educating local farmers, and we do it in their own dialect, using local instructors, and engaging local institutions, and I suspect the same thing will have to happen in Africa.”

He suspects it will have to happen in carbon as well, especially as the two markets become increasingly interrelated.

Indeed, a recent UN-sponsored conference in the Hague highlighted that interrelation and the need to address it.

When USAID decided to help the government of Zambia set up the Zambia Agricultural Commodity Exchange (ZAMACE), it didn’t start by creating a trading platform.  It started by supporting technology that made it easier for farmers, grain-elevator operators, and buyers to communicate with each other.

Likewise, now that USAID is helping to set up ACCE, it’s doing so in part by supporting the Green Knowledge Institute (GKI) and other capacity-building institutions so that local users are able to capitalize on the markets.  The GKI was originally part of the exchange, but is now operating as an independent not-for-profit entity.

“There’s a lot of awareness of carbon markets being both a viable mitigation tool and a good financing mechanism,” says Sosis, whose job is to coordinate capacity-building with both the ACCE and the GKI. “But by and large, except for people who are climate experts, there’s not very much expertise past that.”

This is where the cook stoves (and an agro-forestry project) come into play. As Sosis and others working with the GKI wade through pilot project phases, they’re taking stock of the barriers and opportunities that future projects are likely to encounter.

Sosis points out that addressing some of these challenges may seem simple on paper but in fact could add years to a project’s timeline.

“You know certain things are issues with a capital ‘I’,” she says.  “On the ground, you don’t know whether it takes two or two hundred days to figure them out.”

But GKI recognizes the value of getting it right the first time.

“There’s a lot at stake if you get it wrong and you set up a project in a way that either isn’t fair, or is going to create conflict, or is not going to achieve your environmental or economic goals,” she explains.  “If it’s going to be a carbon market project, you want it to be viable enough to get those revenues in.”

Yet another arm of ACCE’s efforts is a hub to shed light on early-stage carbon projects in need of attention – from technical experts, investors and others who can help germinate the seeds of project ideas.

What Sosis explains as a “pipeline document” is a database of projects that – for reasons of lacking financing or technical expertise – are stalled in their early stages. She views the database as a precursor to the exchange itself.

“The idea with this is to start creating, ideally online and interactive, a database that is an early stage of the marketplace,” says Sosis. “You can have a certain amount of information submitted by the project owner or developer that can be vetted through an intermediary put it out there to start connecting these projects to help.”

Hague Action Plan Puts Climate-Smart Agriculture on Cancun Radar
Saving Trees in the Congo Basin: is REDD a Solution or a Quagmire?
Timber Turmoil Offers Lessons for REDD in Cameroon

Please see our Reprint  Guidelines for details on republishing our articles.