Though COP 17 may not be happening until November, the recent negotiations in Bonn may give clues about what might be achieved in Durban.  Chris Spence of the IISD takes a look at what happened in Bonn and the sort of outcome can be expected in Durban. 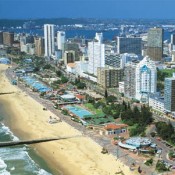 Though COP 17 may not be happening until November, the recent negotiations in Bonn may give clues about what might be achieved in Durban.   Chris Spence of the IISD takes a look at what happened in Bonn and the sort of outcome can be expected in Durban.

This article originally appeared on the IISD/Earth Negotiations Bulletin and is reprinted with permission.   You can view the original here.

30 June 2011 | The recent negotiations in Bonn, Germany, under the UN Framework Convention on Climate Change (UNFCCC) offer clues about what might be achieved at the end-of-year conference in Durban, South Africa.

The latest round of climate change talks in Bonn are over. Weary delegates are back in capitals. Some are probably reflecting on the discussions; others may be trying their best to forget them. The lucky ones are preparing for well-earned vacations with family or friends in July or August. Yet with only one more official negotiating session remaining between now and the opening of the 17th session of the Conference of the Parties (COP 17) in Durban in late November, it is worth reviewing what happened in Bonn. As things now stand, what sort of an outcome can we expect in Durban?

Bonn… But Not Forgotten?

The June 2011 Bonn meeting is unlikely to be remembered for either an auspicious start or a memorable end. It began with agenda disputes in the subsidiary bodies on implementation (SBI) and scientific and technological advice (SBSTA), as each tried to digest and address the outcomes from the Cancun Climate Change Conference held last December. Equally, the Bonn meeting hardly ended on a high, with outcomes my colleagues on the Earth Negotiations Bulletin (ENB) team characterized as “relatively modest.” According to our ENB experts, “a lot of work [needs] to be done before COP 17” (Read their excellent summary and analysis from Bonn).

The main goal in Bonn was to make progress across a range of topics in order to smooth the path to success in Durban later this year. Much of the direction for the Bonn discussions was provided by the Cancun Agreements, which were adopted in December 2010. The Cancun Agreements contain a variety of decisions ranging from a general recognition of the need for deep cuts in global emissions to specific decisions on new institutions or processes such as the Technology Mechanism, Adaptation Committee and Green Climate Fund. Delegates in Cancun also agreed to extend the mandates of the Ad Hoc Working Groups addressing broader issues under the UNFCCC (AWG-LCA) and the future of the Kyoto Protocol (AWG-KP). Both the AWG-KP and AWG-LCA now have mandates that take them through to COP 17 in Durban.

Taken as a whole, the Cancun outcomes and discussions in Bonn (and an earlier session of the AWGs in Bangkok) suggest that Durban will be judged largely on how it addresses three main topics:

What are the prospects for success on these three issues in Durban? Below is an assessment of each element as things stand in the aftermath of the June 2011 Bonn meeting.

Will the Kyoto Music Stop?

As I noted in a previous policy update, there has been a growing sense in recent years that negotiators will be unable to agree on a second commitment period under the Kyoto Protocol. The latest Bonn talks provided little evidence to disprove this belief. The merry band that formed back in 1997 and pledged to cut emissions is now shrinking rapidly. Japan, Canada and the Russian Federation have all recently declared that they will not join in a second commitment period under the Protocol. With the US never ratifying, only a diminished group—the EU, Norway, Switzerland and a few others—now appear willing to sign on the dotted line. An agreement involving a smaller group of mostly European countries has been dubbed a “mini-Kyoto” or “Kyotino” by some insiders. However, many observers are asking if it is even worth having a second period if so many industrialized countries are now unwilling to commit. With the first commitment period set to end on 31 December 2012, time is extremely short to negotiate a viable alternative. Based on the recent discussions in Bonn and Bangkok, there is little reason to believe Durban can deliver a major breakthrough. On the other hand, it is not completely out of the question that it could provide clarity on the Protocol’s fate, either by giving it a “decent burial” or by securing a limited second commitment period that preserves Kyoto’s rules and approach for long enough to allow an orderly transition to something else.

Prospects for agreement in Durban: Poor.

Even an ambitious second commitment period under Kyoto will not deliver the type of emissions reductions needed to keep the lid on climate change. Some industrialized countries have been vocal in calling for a comprehensive global agreement that includes all major emitters. Only an ambitious treaty covering all key players could possibly limit global temperature rise to 2 °C or less.

The concern on the part of developing countries is that such a treaty could blur the lines between the obligations of developed and developing countries. Under Kyoto, developed countries undertook to take the lead in combating climate change. This is a condition the South wants honored, and explains why they continue to press hard for a second commitment period.

The result of these two divergent opinions has been a circular argument where some industrialized countries press for a more comprehensive treaty while developing countries insist on the North first taking the lead with ambitious binding targets under Kyoto. Both sides present good arguments, but the different approaches they espouse presents a daunting challenge for the process.

Arguably, the 2009 Copenhagen Accord was the result of this stand off. With neither side willing to “blink” first and risk losing their bargaining power, an alternative “pledge and review” process emerged to fill the gap. Pledge and review is essentially a bottom-up approach whereby any country can voluntarily make any promises it feels are appropriate, with its pledges subject to review later. The pledge and review approach has a simple elegance that appeals to quite a few parties, including the US. However, others criticize it as a “lowest common denominator” approach that would not provide a legally-binding framework and could not guarantee the level of ambition needed to prevent extreme climate change.

So how does the “pledge and review” system affect efforts to achieve a comprehensive agreement? As the ENB team noted in its analysis, there was a sense in Bonn that the US and others who are comfortable with the Copenhagen Accord’s pledge and review approach already have what they want, meaning there is “little incentive to go any further.”

Prospects for agreement in Durban: Poor.

Can Durban Deliver on the Details?

The Cancun Agreements established various institutions and processes under the UNFCCC. Several now need to have their rules finalized and become operational. COP 17 in Durban will be judged in part on whether it can deliver solid outcomes on the Technology Mechanism, Adaptation Committee, Green Climate Fund and Standing Committee on Finance.

One risk in this respect is the insistence by some delegations that “their” particular priority issue must not slip behind others in terms of the progress made in negotiations. The popular refrain of “nothing is agreed until everything is agreed” sounds fair in theory. However, it is going to be hard to achieve agreement in practice when what’s on the negotiating table literally seems to include almost everything… even sinks (although of the carbon rather than kitchen variety).

In spite of this note of caution, the meeting in Bonn provided a fairly optimistic picture. At this point in time, the prevailing opinion seems to be that Durban could deliver some successes in operationalizing the new institutions and processes established in Cancun.

Prospects for agreement in Durban: Fair.

The Road Goes Ever On?

At this point in time, a gambler would probably be willing to bet that the Durban COP could achieve success in operationalizing at least some of the new institutions and processes agreed in Cancun. However, insiders are far less optimistic on the likelihood that the AWG-KP will conclude its work on a second commitment period under the Kyoto Protocol, or that the AWG-LCA will secure a comprehensive broader agreement. As things currently stand, an outright success for the AWG-LCA or AWG-KP must be considered extremely unlikely at COP 17.

While progress on new institutions in Durban should be warmly welcomed, it must be noted that only an ambitious global agreement could deliver the deep emissions cuts called for by the scientific community. Anything less will certainly commit the world to dangerous anthropogenic interference in our climate.

Of course, Durban will not be the last opportunity to achieve such a breakthrough. The UNFCCC road will continue with many more milestones and “key meetings” in the coming years. Nevertheless, it is worth pointing out that climate change will not wait indefinitely for negotiators to find a breakthrough. The UNFCCC may already have followed its path for the last 20 years. But its road must not become a never-ending journey.

Chris Spence is the Deputy Director of IISD Reporting Services.