Forestry advocates believe that halting the destruction of tropical rainforests is one of the easiest and most effective ways to slow global warming, and that’s led to a surge in development of projects designed to capture carbon in leaves, stalks, and bogs, but no centralized information hub for keeping track of all the activity – until now. Introducing: ForestCarbonPortal.com. 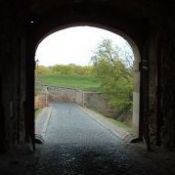 Forestry advocates believe that halting the destruction of tropical rainforests is one of the easiest and most effective ways to slow global warming, and that’s led to a surge in development of projects designed to capture carbon in leaves, stalks, and bogs, but no centralized information hub for keeping track of all the activity – until now. Introducing: ForestCarbonPortal.com.

23 January 2009 | When Eveline Trines founded Treeness Consult in 2002, she was able to keep a running inventory in her head of all of the projects in the world that were offsetting industrial greenhouse gas emissions by capturing carbon in trees.

“Today, there’s no way,” she says. “You’ve got one initiative tumbling over the other, and the information stream is quite intimidating.”

And it’s bound to get more so as forest carbon projects evolve from ugly duckling to golden goose in the eyes of many project developers. The result is a torrent of information relevant to forest carbon, but no way to access the right resources.

To help meet the challenge, Ecosystem Marketplace recently launched the first phase of ForestCarbonPortal.com, an online information clearinghouse for the terrestrial carbon markets. Although still under construction, the site is active and can be viewed here.

Like SpeciesBanking.com, ForestCarbonPortal.com is a satellite website to EcosystemMarkeplace.com and includes daily news posts, Ecosystem Marketplace articles, a calendar of events, and a “tool box” of the latest intro guides, curriculums, methodologies, software measurement tools and more.

In addition to news updates and a library of resources, the Portal also includes a first-of-its-kind Forest Carbon Inventory, which tracks terrestrial carbon markets. The Inventory also maps projects selling land-based carbon credits across the globe, and makes it possible for users to search for project sites by region, as well as by a variety of criteria such as project type, standard, registry, and credit prices.

The site only lists projects that have sold credits or have a publicly-available project design document (PDD), and all are described in consistent ‘nutrition labels‘ listing a range of criteria (click here for an example).

Forest Carbon Associate Maria Bendana has researched 250 projects so far, but only 30 have been posted – largely because verifying the information is a tedious process that begins with simple web searches and cold-calling, but ultimately involves analyzing project documentation. That tedium, she says, represents the true value to end users: because they won’t have to go through it themselves.

“I haven’t seen anything as complete and sophisticated as this,” says Trenes. “The need is definitely there – because the whole REDD (Reduced Emissions from Deforestation and Degradation) issue is so big at the moment, and it’s very difficult to cross oceans every time you think there might be an interesting project out there.”

One thing the Inventory does not include is projects that have not yet been developed. Katherine Hamilton, Managing Director at Ecosystem Marketplace explains that “the goal is currently to ensure information provided is accurate and to establish a dynamic list of active projects… so the site does not currently include pipeline projects. Instead we’re encouraging project developers to let us know if their project is not listed and to keep information updated.”

Joachim Sell, Head of Forestry and Biofuels for First Climate Group, is one voice asking for more. He says he’d like to see a sub-portal with more early-stage projects, even if they don’t have the degree of transparency necessary.

Sell says that his company looks for both issued credits and early-stage projects that want to sell carbon credits on a forward basis and then use the forward contract to attract further investments or as collateral to borrow money for further development.

“A main issue for the development of carbon forestry projects will be the availability of advance payments at risk, i.e. before the project is registered,” he says. “A platform with early stage projects could help to bring players together able to commit advanced payments that help to kick-start projects.”

Bendana, meanwhile, is asking project developers interested in getting their projects on the site to contact her – and trying to figure out how she’ll keep up with the paperwork if she gets what she’s asking for.

“I hope they will face that problem,” says Trenes. “It would mean a lot of projects are coming their way.”

If you would like to see your project showcased on the Forest Carbon Inventory map, or if your project is already on display and you have any corrections or additions, please contact Maria Bendana: [email protected].