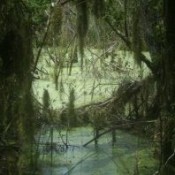 InfiniteEARTH’s REDD methodology is distinct from the Peat Rewetting and Conservation requirements that the VCS is considering for inclusion under its Agriculture, Forestry and Other Land-Use (AFOLU) Program, which according to Antonioli is “all about how you restore peatlands that have been drained over time.”

25 August 2010 | The first Voluntary Carbon Standard (VCS) methodology to quantify the climate benefits for projects reducing emissions from deforestation and forest degradation (REDD) is now approved and available for use after going live this Monday.

“The carbon market can now have a role in REDD, and that’s a sea change from where we were last week,” says David Antonioli, CEO of the Voluntary Carbon Standard Association. “It is great news for the sheer benefit of helping to channel finance to real projects that have real impacts on the ground.”

The Rimba Raya Biodiversity Reserve Project in Borneo, Indonesia, served as the basis for the development of the methodology – and is set to be the first REDD project in the VCS pipeline using its freshly-minted rubric.

InfiniteEARTH commissioned Winrock International to author the methodology, which was originally submitted to the VCS in December 2009.

The battle for approval has been an arduous one, but with final approval received from two independent audits by the Rainforest Alliance and Bureau Veritas Certification, this methodology earns the mantle of the first international REDD methodology fullyapproved by the VCS, one of the voluntary carbon markets’ leading third-party standard organizations.

This is only the second forestry methodology to make it through the VCS double-validation process for new methodologies following the approval of an improved forest management methodology developed by Ecotrust in May.

“Now, between the Clinton Foundation, Winrock, Rainforest Alliance, Bureau Veritas and the organisations that sit on the VCS panels, you have a who’s who of experts agreeing on a robust method of accounting for emission reductions,” says Keith Martin, a Commercial Director at Gazprom – an early supporter of the Rimba Raya Project.

The Nuts and Bolts

The methodology’s primary focus is on preventing planned land-use change in undrained tropical peat swamp forests in Southeast Asia. InfiniteEARTH CEO Todd Lemons says that because conversion of peat lands is the world’s largest single source of deforestation emissions – and is particularly prevalent in the project region – the methodology’s limited geographic scope nonetheless “provides for the largest and most immediate impact on emissions mitigation.”

The methodology takes a baseline approach to compare the stocks of carbon in the pools before the start of the project with their most likely fate under “business as usual,” taking into consideration project alternatives and barriers to implementation, as well as local, municipal and national-level policy influences.

What Does This Mean on the Ground?

The new REDD methodology is likely to emerge with the face of the Rimba Raya Biodiversity Reserve Project on the Indonesian portion of the island of Borneo. Earning approval using this new methodology would mean Rimba Raya could become the first VCS-approved REDD project in the world.

A subsidiary of Russian gas giant Gazprom, Gazprom Marketing and Trading, provided critical financial support to get the project itself off the ground. By pre-paying for a tranche of the project’s expected credits down the road, Lemons says this support “created the confidence our investors needed in the voluntary REDD markets and allowed us to raise additional private investment funds in order to complete the project.”

Covering nearly 100,000 hectares of peat swamp forests, the Rimba Raya is home to hundreds of plant and animal species, including the Bornean orangutan, which scientists like Orangutan Foundation International’s (OFI) Dr. Biruté Mary Galdikas have fought to protect amidst a rapidly disappearing forest habitat. OFI and InfiniteEARTH have partnered on-the-ground to manage the project, with the intent of preventing the conversion of the forest into palm oil plantations and to serve as the home for rehabilitated orangutans.

According to Lemons, “Conversion of these  bio-diverse tropical forests has pushed hundreds of species to the brink of extinction, including the endangered orangutan. This project was designed to provide [Galdikas’s] foundation with sustainable funding to continue her valuable work.”

What’s in it for Stakeholders?

Environmental protection is not all InfiniteEARTH has on its plate.

Rimba Raya acts as a buffer between encroaching oil palm plantations and the Tanjung Putting National Park, not only protecting a plethora of biodiversity but also helping to preserve the homes of 14 forest communities threatened with relocation.

“Indonesia’s right to develop cannot be marginalized,” adds Lemons. “This methodology allows for projects like Rimba Raya to offer the Indonesian government an economically viable alternative to the development of peat lands for conversion to palm oil.”

So, how much money are we really talking about here?   In an interview in Bloomberg, Gazprom’s director of global carbon trading Dan Barry estimated that by avoiding the release of the tremendous reservoirs of carbon held in these peat swamp forests through land conversion, the project may create up to 75 million carbon credits (each representing 1 metric ton of carbon dioxide emissions avoided) over the next 30 years.

Assuming today’s price for UN-backed carbon credits, Barry figures these credits would potentially be worth up to US$932 million, though he also felt it was likely the credits would sell for less than those offsets eligible for UN schemes.

Although the methodology’s focus on peatlands somewhat limits its applicability and scalability, VCS’s Antonioli believes the approval of the REDD opens doors and imaginations to further possibilities and next steps.

Looking forward to next round of global climate talks starting late November in Mexico, the VCS, InfiniteEARTH and its methodology partners hope that international observers will look to these developments as a template for how private investors – and nations like Indonesia – might be enticed into supporting REDD projects.

The validation of a REDD methodology under a recognized global standard targets what has been a hindrance to the global development of REDD projects: exclusion from Kyoto and – until now – most third-party standards.

Though originally barred from the carbon crediting schemes of the Kyoto Protocol, the prominence of REDD has continued to rise and hopes are high that real progress on a mechanism for funding and implementing REDD may now be within grasp.

With an eye towards a future where individual projects could “nest” within national REDD programs, Antonioli says a big takeaway from the methodology’s development will be a clearer vision of REDD project development and the incentives for private sector buy-in. This will “help people start thinking through… how you weld private sector projects that could be developed with a methodology like this with national level accounting frameworks.”

Antonioli continues, “this will certainly help that part of the debate and we’re happy to be a part of that.”

John Vidaurrazaga is an intern with Ecosystem Marketplace. He can be reached at [email protected].

Molly Peters-Stanley is the Voluntary Carbon Associate in Ecosystem Marketplace’s Carbon Program. She can be reached at [email protected].