Land developers have been scrambling to keep the Lesser Prairie Chicken off the endangered species list, but the bird’s habitat is shrinking dramatically.  Now a motley mix of conservation groups, industries, and landowners have embraced a voluntary program to save the habitat and avoid the listing. 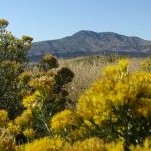 Land developers have been scrambling to keep the Lesser Prairie Chicken off the endangered species list, but the bird’s habitat is shrinking dramatically.   Now a motley mix of conservation groups, industries, and landowners have embraced a voluntary program to save the habitat and avoid the listing.

20 August 2012 | The Dune Sagebrush Lizard (DSL) from West Texas made a dramatic leap onto the media’s radar a few months ago when private landowners and industry pro-actively launched a voluntary conservation program to keep the species from slipping down to endangered status.

Other species have been going through similar challenges across the region, but with less attention focused on them. The Lesser Prairie Chicken (LPC) and the Greater Sage Grouse (GSG) are two examples. Both have suffered rapid declines over recent decades due to loss and disruption of habitat, which means both may soon be listed as endangered species. To avoid that, landowners and industries have launched voluntary land-management and conservation measures similar to those aimed at the DSL.

And, as with the DSL, these species were among those included in the settlement between the Fish and Wildlife Service (FWS) on one hand and the Center for Biological Diversity (CBD) and Wild Earth Guardians (WEG) on the other as part of a September 2011 settlement where the CBD and WEG agreed to stop the continual listing litigation in return for agreement by the FWS to provide listing decisions on 841 plants and animals.

The FWS are now required to decide upon nearly 300 “Candidate Species” which gives each species a listing timeframe.

For one of these, the LPC, the FWS is required to propose their listing decision before September 30, this year. This opens a public comment period for at least 60 days with public hearings if requested. The FWS has one year from publication of the proposal to finalize a listing rule. Therefore, any final action related to the listing of the lesser prairie-chicken would not occur until the fall of 2013. Yet initiatives are already underway in the Mid and Southwestern regions of the US where the birds reside.

Many Initiatives, one Species

In Oklahoma, the wind industry is just one group already coming together and working on unified, landscape-level plans with FWS. If a wind project had a pre-agreed way to secure their environmental permits with approved species mitigation, then projects are delivered much more smoothly; a competitive advantage to the benefit of investors, energy consumers and other supporters. All while conserving species, such as the LPC, up-front.

To this end, a partnership between Oklahoma Department of Wildlife Conservation, the US federal FWS, Playa Lakes Joint Venture, The Nature Conservancy, George Miksch Sutton Avian Research Center, Oklahoma State University, and Office of the Oklahoma Secretary of Environment has already come together to map out the best places in Oklahoma for habitat preservation and wind development.

The maps are created by accounting for where the bird originally lived and identifying habitat both available and unavailable, as well as the areas where wind development would be both profitable and compatible with LCP. Maps, or Spatial-Planning Tools can also be used to suggest where to site conservation projects such as species conservation banks, and even scope out a market for potential credit buyers and sellers.

Meanwhile, the National Resource Conservation Service (NRCS) already administers the Lesser Prairie Chicken Initiative focused on conserving and repairing some of the 94% of habitat lost since European settlement. There are three Farm Bill conservation programs that provide funding and technical assistance for the initiative to help farmers and ranchers improve their lands. In core priority area and buffer zones across Kansas, Colorado, Oklahoma, New Mexico and Texas landowners adopt recognized conservation practices which the FWS officially agree are good for the bird, while not damaging other endangered or candidate species in the area.

But now with the added pressure of a decision to list or otherwise, more effort is needed. The Texas Parks and Wildlife Department signed a CCAA (Candidate Conservation Agreement with Assurances) in 2006, allowing them to sign up landowners to their approved management plans in return from immunity from further requirements if or when the species is listed. But most importantly to increase the non-federal land habitable to LPC.

Yet even these initiatives are failing to recruit the landowners and funding required to adequately protect the LPC with the wide areas and sensitive land uses the bird needs. For example, the Lesser Prairie Chicken Interstate Working group of biologists from Texas, New Mexico, Colorado, Oklahoma and Kansas has recently completed the largest range survey to date, identifying a number of previously unknown populations. The survey covered 300,000 square miles and provided data robust enough to produce a 5-year population estimate whereas only 30-45,000 LPC were thought to be left at the beginning of this year.

But these new survey results prompted a group of Republican senators from Oklahoma and other states to issue a formal letter requesting the species’ listing be “unwarranted.” Citing the decision not to list the Dune Sagebrush Lizard, the letter argued the existing voluntary efforts as adequate to the species needs while optimally limiting the economic disruption. This comes just a month after Oklahoma drafted their CCAA to provide a similar land-owner program that is seen in Texas. Comments close on this draft at the end of the month, on the 24th.