Ecosystem Marketplace’s State of the Voluntary Carbon Markets 2014 report took center stage this week. Panelists playing various roles in the marketplace came together in Washington, DC to discuss findings from the report – and where we go from here. Meanwhile, FIFA scored big with its commitment to a sustainable World Cup, and NASA will try again to launch its Orbiting Carbon Observatory. 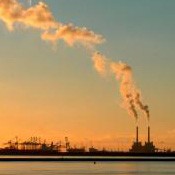 26 June 2014 | The data came to life this week at Ecosystem Marketplace’s State of the Voluntary Carbon Market 2014 report presentation in Washington DC, where market participants gathered to discuss trends in voluntary carbon offsetting – and where we go from here.

Though market value fell to $379 million last year, down from $523 million in 2012, a close look at the findings shows that much of the drop is due to shifts in compliance markets that affect voluntary purchasing. An expert panel – including Christian Dannecker of South Pole Group, Brian McFarland of Carbonfund.org and Hans Wegner of the National Geographic Society – also found plenty of silver lining.

“The good thing for people like us is that competition is also causing the value and the quality of the offsets to go up,” Wegner, the Chief Sustainability Officer at National Geographic Society, said. Nat Geo has purchased offsets from a reforestation project in Panama as well as REDD (Reducing Emissions from Deforestation and Degradation of forests) projects in Brazil and Tanzania.

Dannecker told the audience that he was encouraged – or at least not discouraged – by the report findings, and optimistic for new business opportunities. “It’s a good time for new players to enter the market because it’s easier to do so given the low prices, he said.

To McFarland, the supply-demand dynamic for REDD projects, in which a record number of tonnes were transacted at lower average pricing, was unsurprising but nevertheless concerning, since the viability of these projects depends on increasing demand. It is encouraging to see forest carbon project issuing offsets on California’s compliance market, and acceptance of international REDD offsets into the program would be an important next step, he said.

Thanks to the many attendees who joined in person and virtually through the webstream, and a special thanks to Hunton & Williams for generously hosting. If you weren’t able to participate or just want to relive the moment, please view the presentation slides and live recording.

In all of the numbers, it’s easy to look past the contributions of each project and the individuals that are making emission reductions happen every day. The Delta Institute provided one example last week with the announcement of the first offset transaction in the Nitrogen Credit Program (NCP). Myron Ortner, owner of a 40-acre farm in Michigan, voluntarily reduced his nitrogen fertilizer usage to become the first recipient of offsets under a methodology developed in partnership with Michigan State University and the Electric Power Research Institute.

Offsets from the program are generated due to the reduction in nitrous oxide caused when excess agricultural fertilizer is broken down in the soil. According to the US Department of Agriculture, more than 74 million acres were planted to corn in the North Central Region last year, representing a significant reduction potential for NCP. The program was recognized for outstanding environmental achievements by American Carbon Registry in March 2014 with an Innovation Award.

Many more groundbreaking stories from the voluntary carbon marketplace are summarized below, so keep reading!

You may have noticed the new video feature on Ecosystem Marketplace’s homepage, which so far has featured our “Voices from Cologne” series with interviews with some of the movers and shakers at last month’s Carbon Expo. In case you missed it: Ed Hanrahan, CEO of project developer ClimateCare, commented on corporate demand for carbon offsets, the World Bank’s Alex Kossoy discussed the proliferation of regional programs in China and the United States, and Rick Saines, head of North America Climate Change and Environmental Markets Practice at Baker & McKenzie, argued that a global agreement can provide guidance for individual countries, but domestic policy will ultimately drive action on climate change. More to come.

Every year, Ecosystem Marketplace relies wholly on offset market participants to financially support the State of research. In return, sponsors ($7.5k+) and supporters ($3k) benefit from the report’s growing exposure, early insight into our findings, and opportunities to engage directly with Ecosystem Marketplace in report-related outreach and events. Interested organizations should contact Molly Peters-Stanley.