Less than 5% of all companies have acted on the impact that landscape-level water disruptions can have on their bottom line. The few companies that have, however, are developing solutions that can be used to head off water shortages around the world. A new Ecosystem Marketplace report examines what works, what doesn’t, and why. 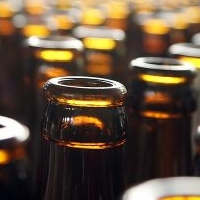 Less than 5% of all companies have acted on the impact that landscape-level water disruptions can have on their bottom line. The few companies that have, however, are developing solutions that can be used to head off water shortages around the world. A new Ecosystem Marketplace report examines what works, what doesn’t, and why.

14 January 2013 | The Elk River in the US state of West Virginia made headlines around the world when a small and preventable chemical spill there left more than a quarter-million people without clean water for over a week. Most water risk, however, is much less dramatic. Colombian beer-maker Bavaria Brewery, for example, realized the extent of the risk it faced when its water bills began increasing a few years back.

The cause, it turned out, was a gradual shift to cattle-ranching and farming on the high-altitude grasslands above Bogotí¡, known in Spanish as parí¡mos. In a chain of events familiar to water managers around the world, large quantities of sediment began washing downstream out of the degraded parí¡mos. With stabilizing vegetation gone after decades of expansion by smallholders and trampling by livestock, the soil was exposed to wind and rain, and erosion quickly increased. In the city, the Aqueduct and Sewage Company of Bogotí¡ had to carry out additional treatment on the water before it met acceptable standards. Ultimately, the costs of this extra treatment were passed on to water users like Bavaria – which is how a brewery suddenly became very interested in what was happening in the mountains.

Like Bavaria, companies all over the world face risks that come from beyond the fence line of their operations. Businesses often have little control over threats to their water supplies. A changing climate can increase the prevalence of drought or floods. Growing populations begin draining the aquifer to irrigate their crops. A new factory nearby might begin polluting a shared river, as recently happened in West Virginia.

But so far, few businesses are addressing – or even thinking about – water risk at a landscape level. A recent CDP survey of Global 500 firms found that two-thirds had targets for internal water management within their direct operations, but just four percent had set goals for managing water risk in their supply chain, and only three percent did so for risk at the watershed level.

New research from Ecosystem Marketplace, however, suggests the private sector may be starting to pay attention. About one in four watershed investment projects worldwide counts a business as a financial supporter, according to a new Executive Summary for Business based on Ecosystem Marketplace’s latest State of Watershed Payments report. In the European Union, Africa, and Southeast Asia, the private sector is actually the most common backer of projects – a striking finding in a field dominated by the public sector. Altogether, companies have spent $94-100 million to date on watershed protection and restoration.

A watershed, i.e. a basin where all water ultimately flows to a single body like a river or lake, is typically the basic unit of management for public officials and scientists. And for firms like Bavaria, a watershed approach also has appeal: after all, a company can either swallow higher treatment costs, maybe try to conserve water on-site – or it can go directly to the source of the problem.

In Bogotí¡, Bavaria began paying into a local water fund in 2009. The fund, supported by the Nature Conservancy, the Aqueduct and Sewage Company, and the National Parks administration, pays agricultural producers in the parí¡mos to move cattle off of steep slopes, switch to more ecologically friendly farming practices, and replant degraded areas. The trust fund also helps to pay for monitoring and maintaining protected lands in two national parks close to the city.

Bavaria recently estimated that it’s paid $240,000 into the fund so far, and will ultimately see costs for water treatment fall by $458,000 every year in its supply area. Overall, the water fund saves the city about $3.5 million per annum.

So-called “water stewardship” strategies like Bavaria’s are gaining traction in the environmental world. The authors of the CDP report noted that their investor signatories rewarded watershed-based approaches: “They recognize that water stewardship is associated with a forward-looking, resilient company with a sound understanding of its risk profile.” A group of environmental NGOs including TNC, WWF, and the CEO Water Mandate in 2013 released a beta standard guiding businesses step-by-step in crafting a stewardship strategy of their own.

The full-length State of Watershed Payments report catalogs financing for nature-based solutions to water challenges around the world, from using mussel beds to filter out pollutants in a Swedish fjord, to a jobs program in South Africa that systematically removes water-guzzling invasive plant species in order to alleviate water scarcity in that country.

The Executive Summary for Business highlights developments of interest to business in this new arm of environmental finance. It’s also the first effort to date to systematically inventory water stewardship approaches around the world: analyzing current business engagement, patterns in financing, and crucial policy and institutional developments. The dataset underlying the report is the result of a survey of more than three hundred projects across the globe.

Companies tracked in the report frequently faced rising costs to their operations, as water supplies shrank or pollution increased due to events outside the company’s control. Concerns about local reputation or a desire to support sustainable livelihoods in the surrounding community are also common motivations.

But most often, companies take a watershed approach as a response to regulatory pressures: either as a compliance strategy, or to get out in front of a policy shift toward nature-based solutions that Ecosystem Marketplace observed in many countries. Regulatory, accounting, and tax systems are gradually being restructured to create both incentives and hard obligations to protect natural functions. For example, Philadelphia recently revamped its stormwater fee pricing structure like green roofs or permeable pavement in the city. In China, a central government push for for environmental damages has meant for business stricter enforcement of regulations, mandatory relocations, and new environmental fees.

Despite these pressures, uptake by business has been uneven. Beverage, manufacturing, and utility companies frequently explored water stewardship strategies, according to Ecosystem Marketplace’s research. Meanwhile, mining and apparel firms are conspicuously absent from the dataset, despite these sectors’ significant exposure to water risk.

Business contributions are also only a very small part of total spending on nature-based solutions for water. Ecosystem Marketplace estimates that, globally, at least $8.2 billion is spent each year to preserve and rehabilitate forests, wetlands, and other water-rich features of the landscape. Private sector funding represents less than 1% of that. Money instead largely comes from the public coffers, led by China and the United States.

Still, private sector support may be instrumental in getting a project off the ground, as observed in the EU, Africa, and Southeast Asia. And large multinational firms find themselves in an excellent position to import successful strategies from one country to another.

Bavaria Breweries, for example, is a subsidiary of SABMiller, one of the largest brewers in the world (group revenues in 2012 exceeded $31 billion). SABMiller has committed to a “beyond-the-breweries” approach in many of the countries where it operates, including in Peru, Tanzania, South Africa, Ukraine, Colombia, Honduras, India and the USA.

In South Africa, the firm found that it would need to shift to groundwater pumping to meet its water needs in coming decades, at a cost of at least $700,000 a year. A risk assessment suggested that for the same amount of money, the company could invest in clearing invasive plant species through partnerships with South Africa’s public works program “Working for Water,” which had the added benefits of creating an additional 50 jobs per year in the catchment and boosting the brewery’s local reputation.

Similar efforts by Coca-Cola, Sony, Nestlé and other firms have also yielded lower costs, resilience to water and climate shocks, and better relations with the communities where the firms operate. Coca-Cola has committed to returning the to nature and local communities by 2020 through water stewardship efforts, and is already more than halfway there. Nestlé spends more than $8 million each year to in North America, France and Switzerland by supporting efforts like organic farming, open space preservation, and using floodplain meadows to naturally filter out pollutants from water before they enter river systems.

Unfortunately, businesses interested in watershed investments should prepare for a rocky playing field for first-comers. Putting together a viable investment mechanism requires engaging local stakeholders, establishing the science, designing projects, and administering funds. These efforts can pay off in the long term, but are time-consuming and hardly business as usual for would-be water stewards.

Companies often navigate these obstacles by partnering with government agencies or local civil society groups, rather than trying to develop an investment mechanism on their own. A business might also contribute to a water fund – like Bavaria did in Colombia – or simply buy an offset certificate from a third party like the , which represent the replenishment of water to overburdened river systems.

Unlike carbon, nearly every landscape-scale water risk management operates under its own distinct mechanism. There are no standardized offset credits, and few centralized markets or platforms for exchange. Instead, projects are driven by what’s likely to work locally. In Kenya, through water users’ associations for actions like reducing their pesticide and fertilizer use. In the United States, to safeguard clean water in strategic areas on public lands. Water funds financed by a collection of local users are popular in Latin America. The briefing notes half a dozen basic mechanisms; partnerships with public and civil organizations already active in the community are so far the most popular model, and responsible for the greatest share of finance.

2014 may prove to be water stewardship’s year. Fears about rising water risk, the carbon world’s recent embrace of landscape approaches, and natural capital’s growing profile in the business world all add to the momentum.

Ecosystem Marketplace finds that business financing for nature-based solutions roughly tracks with growth in watershed investments overall, at about 3% per year so far.

Whether that figure ticks upward depends in large part on clearing a way forward for business, according to the briefing. The enormous diversity of project models has been a benefit in tailoring efforts to local contexts, but it also is likely a source of confusion. Project standards, synthesis of best practices, and tools and guidance for watershed investments are all in short supply.

Genevieve Bennett is a Senior Associate at Ecosystem Marketplace. She can be reached at gbennett@ecosystemmarketplace.com.