While the ideas of green infrastructure and sustainability are becoming more prominent, there is little talk of how the hedge fund space will affect efforts to transition to a clean environment. Here, Thomas H. Stoner Jr. and Peter Backlund of the Butterfly Project, a collaborative organization aimed at decarbonizing economies, discuss the possible impacts of hedge fund trading activities. 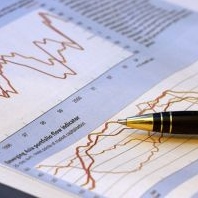 While the ideas of green infrastructure and sustainability are becoming more prominent, there is little talk of how the hedge fund space will affect efforts to transition to a clean environment. Here, Thomas H. Stoner Jr. and Peter Backlund of the Butterfly Project, a collaborative organization aimed at decarbonizing economies, discuss the possible impacts of hedge fund trading activities.

7 January 2014 | Newsrooms and dinner table talk hum with observations about crazy weather patterns and natural disasters from Hurricane Sandy to Philippine typhoons. Scientists blame rising CO2 levels caused by human activities, mainly energy production and use, and the greenhouse effect. The energy industry is finger-pointing at the coal sector in a battle over solutions between nuclear energy, clean burning natural gas and natural resources like wind and solar power. Glowing articles on the “fracking revolution” and the rapid rise of new energy technologies have dominated the financial presses.

Meanwhile, academic institutions and government-funded programs are fueling research on the potential impact of climate change by the end of the century. There are countless studies on the potential impact of rising CO2 beyond key thresholds calculated by parts per million in our atmosphere (last year CO2 concentration levels exceeded 400 ppm for the first time in more than 800,000 years).

In the absence of aggressive actions to limit emissions, they are projected to reach about 800 ppm by the end of the century. The entire world will become much warmer – heat waves, severe forest fires, intense rainfall, and floods will be more common, and sea levels will rise by as much as a meter. The consequence will be both a natural and economic disaster for our entire planet.

Many are asking, what governments around the world will do to avoid such a calamity? Will they ever organize themselves under a Kyoto-style framework to address the problem by putting a price on carbon through either capping and trading emission allowances or imposing a global tax? The question is a good one. But the more important question is, how will investors and businesses respond to limitations on emissions, or even the likelihood of limitations? And how will they respond when they realize climate change itself threatens their operations and future income opportunities?

Let’s look beyond the emergence of the so-called “impact investors” that are gaining steam in every trading market center, investing in renewable energy or sustainable agriculture. Let’s, in fact, dismiss them as just another trendy rebranded phenomenon of socially responsible investing.

Let’s instead focus on the steely-eyed hedge fund trader with one finger on the buy button and one on the sell. Let’s go to the extreme. Imagine the math wizard who graduated from Wharton who trades by day and plays on-line gambling at night just to keep the adrenalin flowing. How will new climate data begin to shape his thinking?

Hedge fund day traders with the capacity to buy and sell securities nearly instantaneously at a global scale can either add trillions of dollars to our world values by driving up our indexes or take that value right off the table in a matter of hours. Buying and selling is coordinated by the emergence of a new worldview; typically one that is backed up by data. These guys love numbers and they understand accounting principles. What they don’t like are hidden liabilities, which by definition, tend to be larger than what can be seen. Day traders know this and they can run for cover unlike any other investor.

The Potsdam Institute has a calculation that traders can easily grasp. To keep temperature increases from exceeding 2 degrees Celsius, an aspiration already endorsed by many nations, global emissions between now and 2050 have to stay below 550 GtCO2. The world’s existing fossil fuel reserves represent potential emissions of about 2700 GtCO2.

Much of these reserves are valued as assets by publicly traded companies. The top 100 listed coal companies and the top 100 oil and gas companies represent potential emissions of 745 GtCO2. What will happen when investors start to believe that the majority of these reserves have to stay in the ground? Or that suppliers can only exploit them by paying for removal of equivalent quantities of carbon from the atmosphere? Day traders will hit the sell button and the carbon bubble will pop.

“Super-storm” Sandy in October 2012 was a large and unusual weather event that caused massive damages and focused media and popular attention on the issue of climate change and hurricanes. Yet the real lesson is not yet widely appreciated. Sandy’s significance has less to do with the impact of climate change on hurricane intensity and more to do with the impact of the slow and steady rise in sea level and what this means for the future habitability of coastal areas.

A recent analysis by scientists at NCAR and Climate Central indicates that the current rate of sea level rise means that what is currently a “100-year” or “1 in 100 year” flooding event at the Battery in New York City (near Sandy’s “ground zero”) will become a “1 in 15 year” event by 2050. What is now seen as extreme coastal flooding at that site is projected to become about six times more likely over the next 3-4 decades, even while population in the area continues to grow.

How will this impact the wealth of the area, the profit margins of developers, insurers, and reinsurers, and the decisions made by those who invest in such activities, including the day trader who owns an expensive beach house? How will climate change, politics, and economics interact in this instance? Will insurers be allowed to price risk appropriately? Can coastal development continue at its currently projected rate?

This is just the tip of the iceberg in considering the value of climate data for the enlightened day trader. Under the surface, how will businesses respond to the day trader? Business may be slow to react. Businesses don’t usually interact with the day trader directly. But other investors will see the changing values as indices change. Bankers will become increasingly concerned about regulatory risk as local governments seek to impose environmental costs on energy development. Venture capitalists will look beyond the changing tides to find opportunities for low carbon or zero carbon alternatives. Conventional energy providers will go from nearly unlimited sources of capital to exploit their reserves to taxation as depletion allowances are eliminated and tolls are erected to internalize these costs. Values for conventional energy will drop to the floor.

By considering the capital markets, we see that it is the day traders that will act as the gods from Mt. Olympus with the capacity to cause tragedy or triumph within a single 8-hour trading day. The speed and significance of their actions will be unparalleled to any action a single government, or even a collection of governments, might ever make. But that doesn’t mean that governments shouldn’t act.
If governments fail to put a price on carbon, it is inevitable that the capital markets will impose their own penalties. If governments do act, then what we should expect to see is capital markets quickly adjusting and finding ways to reward the victors.

Thomas H. Stoner Jr. is the author of Small Change, Big Gains, Reflections of an Energy Entrepreneur (2013) and the founder of Project Butterfly. Peter Backlund serves on the board of directors of Project Butterfly. He is also the former Director of the Integrated Science Program and External Relations at the National Center for Atmospheric Research.