In 2010, a Tanzanian water utility became the first investor in a Payments for Watershed Services program designed to promote sustainable agriculture in the hills surrounding the city of Tanga. Three years on, the project is showing results – but more buyers will have to step up if it’s to achieve the kind of scale needed to keep the water flowing. 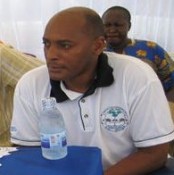 In 2010, a Tanzanian water utility became the first investor in a Payments for Watershed Services program designed to promote sustainable agriculture in the hills surrounding the city of Tanga. Three years on, the project is showing results – but more buyers will have to step up if it’s to achieve the kind of scale needed to keep the water flowing.

14 January 2013 | Sub-Saharan Africa’s urban population grew from 53 million to 400 million over the past 50 years, and is expected to grow another 345 million by 2030, according to the United Nations Food and Agriculture Organization. All those people will need clean and reliable sources of water, which will come to them from the same countryside that’s also expected to feed them.

In Tanga, a northern seaport city in Tanzania, the water authority is attempting to implement an Equitable Payments for Watershed Services (EPWS) program that will both conserve the mountain forests that keep the watersheds healthy and provide a livelihood for the people that maintain them.

The water supply of companies must be secure, says George Jambiya, a Policy Advisor for the World Wildlife Fund’s Africa Initiative (WWF.)

“We cannot continue as business as usual. Tanga has a vision of Tanga Urban Water Supply and Sewage Authority (UWASA) to be a leading authority in Africa in the provision of water supply and storage services comparable to the best practices in the world,” says Tanga Chairman Raymond Mhando, who has championed the project from its conception in 2008, its implementation in 2010, and its current stock-taking efforts.

WWF along with their Tanzania Country Office, a part of the WWF network that includes partnerships with local institutions, governments and communities, began implementing a PWS project in 2010. It focuses on the Zigi River located in the eastern Usambara Mountains, a range that is part of the Eastern Arc Mountains. Water flowing from the Eastern Arc Mountains supplies 3.5 million Tanzanians with water. The Zigi River is the only reliable source of water for Tanga City, a city of about 300,000 people with commercial and industrial sectors that are expanding, according to Iddi Mwanyoka, a Policy Officer for WWF in Tanzania.

From UWASA’s perspective, the challenge has been sedimentation in the Zigi River, but that problem begins in the foothills of the Eastern Arc Mountains, where farmers operating on steep slopes send topsoil cascading down into the river, along with nutrients like phosphorous and nitrogen. Those practices, in turn, lead to unreliable harvests that endanger the farmers’ livelihood. When WWF and CARE carried out their feasibility study, they found that 68% of the region’s population was food insecure.

UWASA provides farmers with buffers to capture runoff, which both improves their yields and reduces sedimentation.

“The PWS project in Tanga is basically an inexpensive alternative to an investment in a more expensive treatment plant,” says Mhando. “But it should also improve food security and income security for farmers, so it’s a classic win-win.”

When PWS programs emerged in the late 1990s, proponents had hoped to tap deep-pocketed international water users like Coca Cola and Pepsi, but Mhando’s decision to champion the project is proving to be the rule as domestic companies show they are able to make decisions more quickly than their bureaucratic global counterparts. Domestic companies can not only make decisions more quickly, but they have long term investments in the region whereas multinational companies can shift production elsewhere at a low cost and back out of a partnership and their role as a buyer.

As a municipal water company, Tanga UWASA has an obligation to secure residents with clean water and sewage services, and therefore is a long term buyer. Tanzania Breweries would arguably make a better buyer than Coke or Pepsi because those companies could easily switch production to another location while Tanzania Breweries can’t.

As a pilot, the PWS program in Tanga is meant to develop a relationship between buyers and sellers. Mwanyoka says he already sees growing cooperation between them.

“Buyers see the growing industry in Tanga,” Mwanyoka says. “Now they know they will have a dependable water source.”

As the project takes hold, he says, global players may become buyers as well. Indeed, some have made efforts to adopt sustainable policies. For instance, Nestle has a business plan that promotes issues that are key to its business needs like water, along with issues relevant to business activities such as nutrition and rural development. PepsiCo seeks to be the world’s prominent source for convenient food and beverages and gain financial rewards for that but also seeks to enrich their partnerships as well as the communities they operate in.

The project isn’t the first to try and deliver clean water by promoting sustainable land use. In the early 1990s, for example, the Finnish International Development Agency (FINNDA) launched a conservation project called the, East Usambara Catchment Forest Project” (EUCFP) that aimed to provide clean water by saving forests and the species that live there. In the past, Finland had harvested wood from these forests and may have contributed to their degradation.

“The market mechanism is what separates this project from that one,” says James Penney, a financial advisor to WWF. “It’s the element that makes this sustainable, because downstream users, if they see results, will keep making payments to upstream providers, who now have an even stronger incentive to keep up the practices. It’s like a Mexican stand-off, but in a good way.”

Kelli Barrett is an editorial assistant for Ecosystem Marketplace. She can be reached at kbarrett@ecosystemmarketplace.com