When the US state of California developed its cap-and-trade program, it drew on voluntary markets across North America. Many thought that when the state’s compliance market kicked in, the voluntary markets would quietly fade away. Instead, an Ecosystem Marketplace analysis of 2014 offset transactions across North America shows there is more than enough room for both – with voluntary volume even higher than compliance volume. 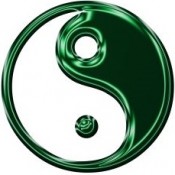 When the US state of California developed its high-profile cap-and-trade program, it drew on (and supported) voluntary markets across North America. Many thought that when the state’s compliance market kicked in, the voluntary markets would quietly fade away. Instead, an Ecosystem Marketplace analysis of 2014 offset transactions across North America shows there is more than enough room for both – with voluntary volume even higher than compliance volume.

4 May, 2015 | The voluntary carbon offset markets in North America paved the way for compliance markets in the region, particularly California’s cap-and-trade program for greenhouse gas emissions. But rather than displacing the voluntary markets, compliance activity in the region complemented what was happening in the voluntary realm in 2014, albeit at much higher price levels, according to Ecosystem Marketplace research presented last week at the Navigating the American Carbon World (NACW) conference in Los Angeles.

For the first time this year, Ecosystem Marketplace tracked voluntary and compliance offsetting activities across all project types in the United States and Canada to offer a more thorough picture of offset transactions in the region, and found volumes both healthy and evenly split: of 24 million offsets tracked in 2014, 12.5 million tonnes transacted on the voluntary markets and 11.5 million on the compliance markets.

“Compliance markets can work nicely hand in hand with the voluntary markets,” said Brian KillKelley, Director of Project Origination for NativeEnergy. “At the very least, it’s providing more awareness. Any kind of presence or advertising or just general publicity around the carbon markets is always a good thing for the overall market, voluntary and compliance.”

The overall average price was just over $6 per tonne of carbon dioxide equivalent (tCO2e) across voluntary and compliance markets in the region. Separating the two markets, however, reveals a significant price deviation, with voluntary offsets in North America selling at an average of $3.5/ tCO2e while the average price of a compliance offset was $9.7/ tCO2e. Due to the higher prices, the compliance markets’ overall value of $82.7 million dwarfed the $40 million generated on the voluntary markets in the U.S. and Canada.

The fundamentals of the North America compliance markets often made offsetting a more attractive option for regulated entities. The Canadian province of Alberta became the first jurisdiction in North America to impose a carbon compliance system in July 2007, requiring facilities that emit more than 100,000 tonnes of CO2 equivalent a year to reduce emissions intensity by 12%. Regulated entities in Alberta can comply by reducing their emissions, paying a $15/tCO2e fee into a technology fund or purchasing less expensive offsets from other sectors that have voluntarily reduced their emissions under protocols approved by the Alberta government

On the voluntary side, projects with attractive co-benefits or local community benefits often garnered a higher premium compared to their less marketable counterparts. Forest carbon offsets in the voluntary market in North America, for example, garnered an average price of $8.7/tCO2e although only about 585,000 forestry offsets were transacted for a 6.6% market share.

Renewables projects comprised of the largest share of the voluntary market at 40%, followed by methane projects at 31%, but both project types fetched a lower average price of $3.7/tCO2e and $2.8/tCO2e, respectively. Efficiency and fuel switching took a 9% share of the North American voluntary market, with gases comprising of 3% of the markets.

“Landfill offsets tend to be the least interesting for companies to brand around and we don’t usually get many requests for such projects unless the goal is the lowest price offset,” said Patrick Nye, Senior Consultant, Carbon & Renewable Energy, Bonneville Environmental Foundation. “Wind energy offsets are becoming much more popular and several wind projects that used to produce RECs (Renewable Energy Credits) have converted over to producing offsets because of more favorable pricing from offset markets. We’re also seeing companies that used to only purchase RECs look to support both RECs and offsets when they can find offsets from renewables projects.”

More than 92% of compliance transactions in North America in 2014 were directed toward California’s cap-and-trade market, which officially launched in January 2013 and allows compliance entities to use carbon offsets from five eligible project types – forestry, urban forestry, livestock methane, coal mine methane and ozone-depleting substances – to satisfy up to 8% of their compliance obligations.

The average price of California-compliant offsets was $9/tCO2e, making offsetting a cost-effective compliance option compared to California allowances, which cleared at auction at prices in the range of $11.3/tCO2e to $11.9/tCO2e in 2014.

“The pricing we’ve seen is between $8.50/t and $12/t and we can get a lot of projects done in that range and we are,” Roger Williams, President of project developer Blue Source, said at a NACW session.

The volume of California-related transactions reached nearly nine million offsets in 2014 despite lengthy delays in the issuance process. The wait was particularly excruciating for developers of early action projects, which were originally developed under voluntary market protocols and transitioned to the compliance realm, because of the absence of firm deadlines for issuing these offsets. This differs from the compliance pathway, in which offsets are developed directly under the California Compliance Offset protocols developed by the Air Resources Board (ARB), which have concrete timelines that must be adhered to.

“It was a good incentive to bring what would have been voluntary projects over as a way to kick start the whole compliance market, so I’m glad they allowed early action projects,” said Tres Altman, Director of Sales and Marketing for project developer Green Trees. “I just think that no one, unless you’ve done it, realizes how much paperwork and review of the reports there is. It’s a big process to go through. And of course it’s early in the market and they want to make sure they’ve gone through everything with a fine-tooth comb and not missed anything. I think that added some time – just wanting to make sure they got it right on these first few projects coming through.”

The other 8% of North American compliance transactions were conducted under British Columbia’s carbon emissions reduction program and Alberta’s cap-and-trade program. The average price of those offsets was $11.7/tCO2e.

The complementary aspect went beyond simply raising awareness. Particularly in the forestry sector, developers of small acreage carbon offset projects – generally below 5,000 acres – that have difficulty achieving the scale necessary to comply with California’s protocol requirements continue to see opportunities in the voluntary market, especially as buyers focus on projects with attractive co-benefits. But voluntary buyers have to be willing to pay a premium for offsets from forestry projects also eligible for California’s program, as demonstrated by Ecosystem Marketplace’s research.

“Heading into California’s compliance program, it’s been tough to find reasonably priced forestry projects,” Nye said. “This has had an impact on the voluntary side – if a voluntary buyer wants forestry or something else that might qualify for California, they must be willing to pay a fairly steep premium compared to other types of offsets that do not qualify. This becomes a barrier as technologies such as forestry are most popular with voluntary buyers and easily understood by their consumers and stakeholders.”

And while some developers have left the voluntary markets in favor of compliance markets with higher prices, others are contemplating or actually operating in both markets.

“We are focused on the compliance market for obvious reasons,” Altman said. “There’s a buyer at the end of the line and there’s certainly an appetite for compliance credits. That being said, we got into the business because we were looking for viable options for companies to invest in conservation. We just spoke recently about taking another look at the voluntary market. It just comes down to whether or not there are buyers wanting credits. Personally, I think there are buyers out there and I think they do want to invest in conservation-based projects.”