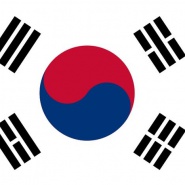 May 28 2015 | The last-minute passage of South Korea’s cap-and-trade bill made headlines back in 2012, when it set the stage for the world’s second largest emissions trading system (ETS).

A year later, as details of the ETS emerged, the program once again made the news – this time for the dubious honor of the world’s most (potentially) expensive carbon market. Under the country’s penalty scheme, non-compliant companies can be fined at three times the average price of allowances for that compliance year, with a cap at KRW 100,000 (USD $90) per tonne.

Since the initial allocation of allowances and launch of the market, there has been growing talk of an allowance shortage. Sungwoo Kim, an official advisor to the government through consulting firm KPMG, gave greater insight during a panel at the Climate Action Reserve’s Navigating the Amiercan Carbon World conference in Los Angeles last month. He estimated there will be a 57 million tonnes of carbon dioxide equivalent (MtCO2e) shortage during the first phase of the ETS (2015-2017) – which could increase the costs for covered entities to meet their requirements.

Despite the expensive consequences, companies have shown little interest in trading allowances since the program’s launch at the beginning of January. Only four allowance trades have occurred (as of May 29) at a volume of 1,380 tonnes. With the last trade registered in mid-January, companies have given no indication that will change soon.

The carbon stakes are high

While the penalty is high for non-compliance, most companies are placing an even bigger bet: that the government will distribute additional allowances.

The largest opponent has been perhaps the Federation of Korean Industries (FKI), an economic organization in Korea for members earning annual sales of 50 billion won or more. FKI recently released its annual economic outlook survey, which found that – behind a drop in domestic demand – the cap-and-trade program remains the next largest concern for businesses.

In reality, though, the program mainly affects the country’s largest corporations, with 10 companies responsible for an estimated 76% of emissions covered under the ETS.

These organizations have the most to lose from penalties. As a result, many companies (or rather the companies’ membership organizations) have taken the fight to the courts over allowance volumes. The grievance specifically revolves around the way allocations were determined because the Korean government averaged entities’ emissions from 2011 to 2013. For organizations that saw a decrease in emissions during those three years, it is likely that they will remain beneath their allocation while the opposite is true for companies with a higher emissions trend.

This isn’t the first time that South Korea’s industry has pushed back against the carbon market. Though the bill passed with near unanimous support across Korea’s political parties, there was significant resistance from the Ministry of Industry and industry associations.

An April article by the news agency Nikkei Asian Review quoted Lee Hyung-sup, senior deputy director of the Environment Ministry’s climate change mitigation division, on the matter: “We believe the amount of permits was appropriately made,” he said. “It is in the nature of the emissions market that the government takes a mandatory top-down approach, as it sets the national target and makes the allocations accordingly.”

Barring government action, compliance entities could fill the allocation gap by offsetting up to 10% of their emissions reductions.

While the response to offsets has been better than that of allowances (with five transactions as of May 29, totaling 279,658 tonnes), analysts at research firm Point Carbon warn that offsets, too, are in short supply as the compliance market only allows for the use of domestic offsets. The Ministry of Environment began issuing Korean domestic offset units (KOCs) from pre-existing Certified Emissions Reductions (CER) offsets in April, meaning questions remain about the size and scope of offsets to be issued.

So far, the ministry has converted around 1.9 million CERs. A total of 91 domestic Clean Development Mechanism projects might be converted to provide 42 MtCO2e, according to Kim. But analysts at Point Carbon estimate only 20 million offsets could make the cut (excluding HFC 23 and N20 adipic acid projects, which are offset types that other governments have ruled problematic and excluded from use).

This potential shortage could change in Phase III of the ETS (2021-2025), when up to 50% of total offsets allowed may be international in origin.

In the meantime, Kim predicts that the use of offsets will become more widespread next year after compliance entities have sorted out the allowance issue since offsetting is really the only option for large emitters to meet their targets without sacrificing business growth.

Note: This article has been updated as of June 2, 2015 with new information regarding the amount of allowances and offsets transacted in South Korea and the names of industry associations involved in the lawsuit against the government, courtesy of Dong-Ho Lee, Researcher and Ph.D candidate at the Department of Forest Services, Seoul National University.