As California finalizes its cap-and-trade program, it must decide whether or not to accept offsets that slow climate change by saving endangered rainforest. A blue-chip scientific panel says that it shoud — and lays out a roadmap for doing so in a way that benefits the environment, the economy, and indigenous people around the world. 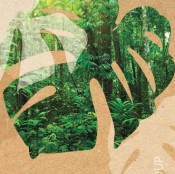 19 July 2013 | After more than two years of open consultations among indigenous leaders, environmentalists, and governmental representatives, the REDD Offsets Working Group (ROW) on Thursday offered its final recommendations for incorporating international REDD offsets into California’s cap-and-trade program. The recommendations have been endorsed by a diverse array of environmental groups, green-minded corporations, and indigenous leaders from Latin America, Asia, and Africa. REDD stands for Reducing greenhouse gas Emissions from Deforestation and forest Degradation, and it works primarily by saving endangered rainforest. REDD-plus folds in additional activities such as planting trees and managing the forest.

The advisory panel report, entitled  “The ROW Report: Recommendations to Conserve Tropical Rainforests, Protect Local Communities and Reduce State-Wide Greenhouse Gas Emissions,” has been in the works since February 2011, when ROW was created to provide scientific advice under a Memorandum of Understanding (MoU) between the Brazilian state of Acre, the US state of California, and the Mexican state of Chiapas to collaborate on reducing greenhouse gas emissions. The governors of those three states signed the MoU in November 2010 in the wake of growing frustration with efforts to create a global climate-change regime under a UN process that required universal — and, some say, unachievable — unanimity. The idea was to build on those parts of the UN process that had delivered agreement and to move forward on those that hadn’t.

The ROW Recommendations advise only the acceptance of “jurisdictional REDD+” credits, which means the credits must come from states, counties, territories, or countries that, like California, are also reducing greenhouse gas emissions within their boundaries. Furthermore, credits must be recognized in their home jurisdictions, and their emission impacts must be factored into those of the home territory, before they can be recognized in California.

Although theoretically open to any states that meet those criteria, the focus for now is on Acre and Chiapas. Both states are in the process of implementing jurisdictional REDD regimes, and Acre even has a legal framework called SISA (Sistema de Incentivo a Serviços Ambientais, or System of Incentives for Environmental Services) that fosters the recognition of ecosystem values.

In addition to the recommendations, the report acts as a detailed backgrounder and policy brief designed to explain REDD in general and clear up common misconceptions.

The recommendations cover everything from the type of activities that should be recognized to how to measure the carbon captured in trees, how to recognized which human actions lead to which reductions, how to “nest” existing projects in emerging jurisdictional regimes, and how to keep track of credits once they are generated.

In open meetings, however, it is the issue of indigenous rights that been the most contentious. In forging this section, ROW takes into account various agreements already reached through the United Nations, among NGOs, existing carbon standards, and national governments. These include the UN-REDD program’s Social and Environmental Principles and Criteria (SEPC), the REDD+ Social and Environmental Standards (SES) initiative being spearheaded by CARE International and the Climate, Community & Biodiversity Alliance (CCBA), and various practices being implemented in Brazil, Mexico, and Indonesia. ROW calls on California to ban credits that don’t conform to international principles, and to retain the right to suspend recognized credits if they are later found to be out of compliance.

The social and environmental safeguards section is quite detailed, but here are the eight core recommendations, word-for-word as they appear in the document: