UN negotiators meeting in Bonn, Germany, made progress on Reducing Emissions from Deforestation and Forest Degradation (REDD), while delegates to the Katoomba Meeting in Cuiabá, Brazil, broadly endorsed the use of REDD financing to save the Amazon Rainforest. Ecosystem Marketplace examines the best coverage of both proceedings. 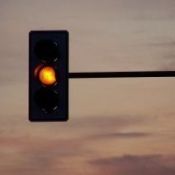 UN negotiators meeting in Bonn, Germany, made progress on Reducing Emissions from Deforestation and Forest Degradation (REDD), while delegates to the Katoomba Meeting in Cuiabí¡, Brazil, broadly endorsed the use of REDD financing to save the Amazon Rainforest. Ecosystem Marketplace examines the best coverage of both proceedings.

8 April 2009 | The destruction of tropical rainforests accounts for roughly 20% of all greenhouse gasses, and is arguably the easiest cause to remedy: simply stop chopping down the trees.

That’s the logic behind allowing carbon offsets in the industrialized world for projects that reduce greenhouse gas emissions from deforestation and degradation (REDD) in the developing world, a concept that took a step closer to global acceptance at this week’s global climate change talks in Bonn, Germany.

If you’re already familiar with the vagaries of climate change negotiations, you’ll find a detailed analysis of the week’s results on the blog that blog that Charlie Parker of the Global Canopy Programme has been posting from the event.

If you’re new to REDD – or if you understand the REDD concept but can’t make heads or tails of UN negotiations surrounding it, see our December coverage of the Poznan Climate Change Talks and New York Times has posted a jargon-free summary.

REDD has become one of the more controversial greenhouse gas mitigation strategies, and the conference opened with Greenpeace presenting the argument that allowing forestry offsets into a post-Kyoto accord would flood the regulated market with cheap offsets, thus reducing the incentives for industrial emitters to reduce their emissions. It’s a controversial argument and, we would argue, a weak one (some studies show that the cost of REDD projects will increase over time, and that there are plenty of less expensive industrial-reduction alternatives, for example, while others argue that the problem can easily be solved by simply pushing for deeper cuts than the current 20% by 2020 and then include forestry – arguments we will be examining in the weeks ahead).

On Tuesday, a high-level body charged with defining offset policies (the so-called “Ad Hoc Working Group on Long-term Cooperative Action under the Convention“, or AWG-LCA) is met to discuss the role of REDD.

If the AWG-LCA can set a clear policy agenda, the matter will be passed to another body that provides guidance on scientific and technical matters (the so-called “Subsidiary Body for Scientific and Technological Advice“, or SBSTA).

Charlie’s blog covers the latest developments in the AWG-LCA, and in the weeks ahead, we will be piecing together news out of Bonn with news flowing from the recent Katoomba Meeting in Mato Grosso, which ended in a draft letter urging Brazil’s federal government to endorse REDD.

The draft was put together by representatives from non-governmental organizations (NGOs) attending the Katoomba Meeting, and it will be polished and endorsed this week and then presented to governors of states in Brazil, Bolivia, and Peru across whose states the Amazon Rainforest spreads. Then the endorsed letter will presented to Brazilian President Luiz Iní¡cio Lula da Silva.

As became clear in Bonn and Mato Grosso, support for REDD is growing from the bottom up, even if it faces opposition from a few NGOs and politicians. Indeed, a new study about to be released by EcoSecurities and GreenBiz is expected to reveal increased demand among potential buyers, tempered by uncertainly over the direction regulators are expected to take.

EM’s Kate Hamilton, who co-authors the annual State of the Voluntary Carbon Market (and therefore knows a thing or two about what’s happening beyond the headlines) caught up to Johannes Ebeling of Ecosecurities on day three of the Katoomba Meeting. You can hear the two comparing notes here: