REDD+ Partnership talks officially launched on Monday after a weekend workshop.  Since then, the Partners haven’t completed a single agenda item, and a large number of donors, recipients, and stakeholders lay the blame on co-chairs Papua New Guinea and Japan.  A spokesperson for the Rainforest Coalition, however, says donors are stalling to avoid paying their share. 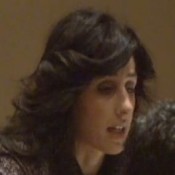 REDD+ Partnership talks officially launched on Monday after a weekend workshop. Since then, the Partners haven’t completed a single agenda item, and a large number of donors, recipients, and stakeholders lay the blame on co-chairs Papua New Guinea and Japan. A spokesperson for the Rainforest Coalition, however, says donors are stalling to avoid paying their share.

7 October 2010 | The United States and Colombia don’t see eye-to-eye on many things, but their delegates to United Nations Climate-Change Talks in Tianjin do agree on one thing – namely, that the first thing the REDD+ Partnership should do this week is agree on the role that indigenous people and other stakeholders will play in fast-tracking methods of compensating people who slow global warming by saving trees and reducing greenhouse gas emissions from deforestation and forest degradation (REDD).

Co-chairs Federica Bietta of Papua New Guinea (PNG) and Junya Nakano of Japan, however, believe the first item on the agenda should be the development of a work plan, which defines, among other things, the obligations of both donors and recipients.   The Partnership has not yet received the funding it was promised, and past “donations” have proven to be little more than rebranding of previously allocated funds.

The first item on the agenda when talks opened on Monday was, in fact, the agenda itself – and that item remained unfulfilled when the meeting broke up four hours later.   It stayed unfulfilled through talks on Tuesday, and led to the cancellation of talks on Wednesday and Thursday.

PNG and other countries with poor governance records have often been accused of trying to sabotage efforts to keep REDD clean, and many delegates accuse PNG of hobbling the talks intentionally to avoid being subject to stringent quality controls once the money starts to flow.

A source close to PNG, however, asks why donor nations are loathe to discuss the work plan — under which activities are supposed to begin in 2011, less than three months away.   The implication is that some donors are intentionally fanning the flames of stakeholder participation to create a red herring that deflects attention away from the failings of donors.1

Several draft Stakeholder Participation Agreements are being circulated, and we will examine these tomorrow.

Stakeholders can Watch – but What Else?

The Partnership is, in theory, open to all of the roughly 1200 organizations registered under the UNFCCC, the Forest Carbon Partnership Facility (FCPF) Participants Committee, and the UN-REDD Policy Board, but it has only 68 members who can participate in meetings.

At a raucous closed-door meeting on Sunday, a majority of Partnership members elected to open the doors on Monday for stakeholders and media.   The first order of business – after finalizing the agenda – appeared to be defining the procedures under which stakeholders can participate in the REDD+ Partnership.

Roughly 100 people attended the meeting, and those contacted by Ecosystem Marketplace say that a clear and overwhelming majority of Partnership members wanted to begin talks by discussing the role of stakeholders.

“You can’t dive into the substance of a workplan and make decisions on if it if you don’t have agreement on the process of how stakeholders are going to be engaged and how their input is going to be incorporated, if at all,” says one attendee, speaking on condition of anonymity.   “It doesn’t make procedural sense to get into substantive discussions until we finalize how we’re going to involve people in the process.”

Bietta, however, was adamant about starting with the work program in an effort to explicitly lay out donor nation obligations.   That led to the current stalemate, and the first agenda item – namely, the routine task of agreeing on the agenda – was never completed.

Paul Cheung, a spokesman for the Coalition of Rainforest Nations (CfRN), laid blame for the stalemate at the feet of donor nations.

“Simply put, there is no money, and donor countries have used the stakeholder issue since the session in Brasilia to stall the negotiations,” he said.   “There is no money for developing countries and … they haven’t even paid the FCPF [Forest Carbon Partnership Facility] and UN-REDD for Secretariat Services.”

It should be pointed out that PNG championed the CfRN’s formation, and Bietta is the CfRN’s Deputy Director.   The FCPF was set up by the World Bank at the CfRN’s urging, as was UN-REDD, which is the United Nations REDD program. Those two entities are to act as the secretariat for the REDD+ Partnership, which was launched by Norway and France.   Several industrialized nations have pledged to support the effort.

“The pledges are a mirage at this point,” says Cheung.   “[Donor countries] are whitewashing their irresponsibility by blaming the developing countries for the stakeholder mess.”

That analysis, however, appears to be a minority opinion.

“The crux of the matter is that PNG in particular is trying to achieve its own ends from the chair,” says Peg Putt, former leader of the Tasmanian Green Party in Australia and now a climate-change campaigner for The Wilderness Society.

“Rather than facilitate the will of the room, they’re being bloody-minded about how they use the chair’s position,” she says.   “Japan, as co-chair, is really not standing up to them, and on occasion they’re ignoring the obvious consensus of the room.”

She says that, contrary to earlier reports (including on Ecosystem Marketplace), there is no donor/recipient divide.

“We want consensus on stakeholder participation, because we will have no credibility if we move forward without it,” said one donor-country delegate, speaking on condition of anonymity.


1 NOTE:   This sentence was amended after posting to correct a misunderstanding.   The original sentence read, “A source close to PNG, however, says donor nations want to avoid discussing the work plan because that would expose the fact that none of the pleged donations have actually been made.”   Ecosystem marketplace regrets the error.