A new ebook from DōShort  is providing answers for business and sustainability leaders wondering how REDD+ pertains to the practices of global business and what they can do to reverse tropical deforestation and make a positive environmental impact. Here is an excerpt from the book discussing what REDD+ is and how it can be used to accelerate business sustainability. 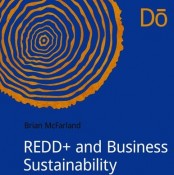 A new ebook from DōShort is providing answers for business and sustainability leaders wondering how REDD+ pertains to the practices of global business and what they can do to reverse tropical deforestation and make a positive environmental impact. Here is an excerpt from the book discussing what REDD+ is and how it can be used to accelerate business sustainability.

Click here to read this excerpt in its original format as part of the REDD+ and Business Sustainability ebook.

14 February 2013 | REDD is an acronym that stands for Reducing Emissions from Deforestation and Degradation. According to the United Nations (UN) REDD Programme, REDD is described as ‘an effort to create a financial value for the carbon stored in forests, offering incentives for developing countries to reduce emissions from forested lands and invest in low- carbon paths to sustainable development’.1 The ‘+’ designates REDD and the additional activities of forest conservation, sustainable forest management and the enhancement of carbon stocks.

With this in mind, REDD initially gained traction as a demonstration project in Bolivia. This project, located at the Noel Kempff Mercado National Park, was launched in 1997 by The Nature Conservancy, the Bolivian Government and a local NGO called Friends of Nature Foundation with financial support from American Electric Power, BP Amoco, and PacifiCorp. In addition, Winrock International was instrumental in conducting the technical measurements of the project’s biomass and deforestation projections. While there are some notable problems with the Noel Kempff project, this demonstration project helped the concept of REDD to emerge.

In May 2005, the Coalition for Rainforest Nations was formed and during the 11th United Nations Framework Convention on Climate Change (UNFCCC) Conference of the Parties (COP) in Montreal during December 2005, REDD was officially placed back on the agenda as a potentially viable policy option.

REDD was further refined during the COP-13 in December 2007 with the Bali Action Plan which called for:

As a result of this increasing clarity on policy, Merrill Lynch and Carbon Conservation shortly thereafter in February 2008 announced their partnership towards financing, developing, and monetizing the first ever validated REDD project within the Ulu Masen Ecosystem of Aceh Province in Indonesia to the Climate, Community and Biodiversity Standard.

For an additional explanation, see here for an introductory video on REDD+.

A Tool for Business Sustainability

All companies are responsible for the generation of greenhouse gas emissions and all companies will be impacted by global climate change. Companies, whether for a voluntary initiative to reduce GHG emissions or due to a regulatory requirement, can support REDD+ projects.

Supporting REDD+ projects is important in mitigating climate change because all companies are exposed to unique business risks due to a changing climate. For example, droughts and changing rain patterns will impact the underlying assets of timber management companies, paper product companies, and agricultural firms. Increased storms will threaten the exposure of insurance companies, beachfront hotels, and property management firms. Rising sea levels and decreasing forest cover will further destabilize many non-OECD countries and limit business opportunities in emerging markets.

For example, the German insurance company Allianz acquired a 10% share in the REDD+ project developer Wildlife Works Carbon LLC on 13 October 2011. As stated on Allianz’s website:

In addition to Allianz’s voluntary commitment to reduce carbon emissions from its business operations, from 2012 onwards Allianz will neutralize its remaining emissions by directly investing in carbon projects that generate certificates. As only some of the certificates will be required to ensure Allianz’s carbon neutrality, the rest can be sold to generate a financial return. This creates a direct incentive for the company to intensify its emission reduction efforts. Carbon investments are thus not just a voluntary means of becoming carbon-neutral, but also a viable business case for Allianz. Investments undertaken in 2011 included:

Allianz is furthering forest protection in developing and emerging countries through the acquisition of a 10 percent share in WWC, an organization that develops Reducing Emissions from Deforestation and Forest Degradation (REDD) projects. The first project is a 208,000 hectare [513,760 acres] forest in South- East Kenya, which acts as a corridor between two national parks. During the 30-year lifetime of this project, up to 36 million metric tons of carbon dioxide emissions will be avoided, generating the equivalent number of carbon credits. By investing in WWC, Allianz is highlighting REDD projects as an attractive investment option, since they combine a high level of social and ecological responsibility with competitive returns for investors.

Many firms undertake philanthropic work, whether it is via the establishment of a corporate foundation or through the support of external, nonprofit organizations. A portion of such philanthropic work can be dedicated to supporting REDD+ projects.

For example, the Bank of America Charitable Fund has publicly stated a goal of donating a total of US$50 million over 10 years to support nonprofit organizations working on climate change and specifically a US$2 million grant was given to The Nature Conservancy for forest conservation projects in Brazil, Indonesia and China.

Although not specifically a REDD+ project, Goldman Sachs donated a 735,000 acre (i.e. 297,571 hectares) tract of land in southern Chile to the Wildlife Conservation Society for the creation of a nature reserve.

Consumers are increasingly aware of the impact of their consumption patterns on the natural environment. This can be demonstrated by the expansion of green products and certifications such as: United States Department of Agriculture certified organic foods; forest stewardship certified (FSC) paper products; Leadership in Energy and Environmental Design (LEED) buildings; and fair trade certified consumer goods. Businesses are able to increase consumer loyalty, also known as consumer retention or the valuation of a lifetime consumer, in part through the support of REDD+ projects.

Benefits for Communities and Ecosystems

A synergy of benefitting upstream local communities – for example within the communities that work for a company’s manufacturing facilities – and preserving ecosystem services, can be garnered through supporting REDD+ projects. This can help create goodwill among host governments and communities.

An example of this is Puma, which has developed an environmental profit and loss statement to account for the environmental impacts throughout its supply chain.

Many companies have corporate social responsibility (CSR) principles and supporting REDD+ projects offers a mechanism for companies to enhance this CSR image and uphold corporate principles.

This can improve employee recruitment and retention, assist with maintaining and acquiring key accounts, improve goodwill among host countries and communities, etc.

Carbonfund.org’s CarbonFree Product certification and the Carbon- Neutral Company’s CarbonNeutral certification offer unique marketing opportunities for companies which voluntarily measure and offset the lifecycle GHG emissions of a given product.