Climate-change negotiators meeting in Bonn today approved the last few remaining technical provisions for REDD+, creating a standardized set of mechanisms that countries can begin incorporating into their climate strategies. Still unclear, however, is whether countries can meet their emission-reduction obligations by reducing deforestation abroad. 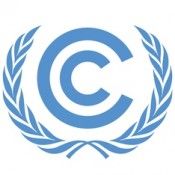 9 June 2015 | BONN | Germany | Maybe it’s the new digs here in the airy glass atrium that served as the German Bundestag before the capital moved to Berlin in 1999. Or maybe it’s a new spirit of cooperation, driven by a sense of urgency, heralding a new era of change and progress. Or maybe – as one negotiator said five years ago – it’s just that they all got really sick and tired of sitting across from the same people saying the same thing year after year.

Whatever drove them, climate negotiators here celebrated the inauguration of their headquarters in the repurposed “World Conference Center Bonn” with a draft agreement on how to slow climate change by reducing deforestation in developing countries. The agreement (available to the right) resolves all of the outstanding technical issues on how to Reduce Emissions from Deforestation and Degradation of forests (called “REDD+” within the UNFCCC), and it provides a clear set of standardized rules for developing REDD finance, but it also leaves the larger policy issues of how finance will flow to these activities open until year-end climate talks in Paris.

“Today’s breakthrough was unexpected, and countries should be praised for their hard work over the last decade,” wrote Gustavo Silva-Chí¡vez, who manages the Forest Trends REDDX tracking initiative, in the Forest Trends blog. “While REDD+ is finished on paper, the Paris global deal must provide the policy certainty to implement REDD+ on the ground.”

The new draft was finalized last night by the Subsidiary Body for Scientific and Technical Advice (SBSTA) and approved by the REDD+ Working Group this morning. It provides clarity on how safeguards and non-carbon benefits are addressed, as well as on how non-market approaches are implemented. These were the three issues that SBSTA was charged with addressing at this session, and they complement the “REDD Rulebook” that was adopted at year-end talks in Warsaw.

The new draft won’t officially be enshrined in the UNFCCC until it’s approved by high-level negotiators at year-end talks in Paris, just as the Rulebook was approved at the end of 2013 in Paris. The two-year-old Rulebook covers issues related to carbon accounting, such as how to monitor national forests, how to address the drivers of deforestation and forest degradation, and how to measure, report and verify activities designed to slow deforestation. The issues resolved today were considered stickier than those enshrined in the Rulebook, and many had expected them to be punted to the Paris talks – largely because even pro-REDD countries were perceived to be holding the mechanisms as bargaining chips.

“I think this will increase the confidence of everybody – both donors and the forest countries – that REDD can be done in a transparent and inclusive way with environmental credibility,” said Duncan Marsh, Director of International Climate Policy at The Nature Conservancy. “The fact that countries in these REDD negotiations were able to get to an agreement here two days before the conference ended is a great signal for Paris.”

With REDD+ completed, countries can more aggressively incorporate it into their national climate action plans, or “Intended Nationally-Determined Contributions” (INDCs), although they won’t know until Paris how such inclusion will be recognized.

REDD+ Negotiators celebrate Tuesday’s historic agreement with a group photo. After ten long and often tempestuous years, they never have to see each other again.

So far, only eight countries have submitted INDCs, and none of the industrial emitters have included the use of REDD+ to meet their reduction targets; but Pipa Elias, also of TNC, points out that Mexico has offered to use REDD+ internally to reduce emissions and seems to be floating the idea of attracting REDD finance to beat them.

In its INDC, the country already said it would unconditionally reduce its emissions to a level 25% below the business-as-usual scenario by 2030, but it said it would set a more ambitious target of 40% if it received financial resources and technology – possibly through REDD finance.

“They’ve basically said, ‘We’re going to implement REDD+ internally to help us meet our domestic pledge, but we can also reduce more emissions if we get the money for this,” says Elias. “So, REDD+ also could be put forward – maybe by a middle-income or lower-income country – to say, ‘This is something we can do, but it needs to be financed.’”

She points out that the UNFCCC Secretariat is creating a REDD+ Info Hub for countries to begin listing their reference levels and other technical criteria as determined under the Rulebook, but the new agreement makes it possible for them to list their safeguards and non-carbon benefits as well – activities that could speed the flow of finance.

What Were the Sticking Points?

The breakthrough on all three outstanding issues came swiftly, and involved compromises that had been in the air for years, leaving veteran observers pleasantly perplexed.

“Maybe they really did just get tired of looking at each other,” says Silva-Chí¡vez, without a hint of sarcasm. “After all, they’ve been at it for ten years.”

Then he turned to the glass wall separating the outer lobby from the old Bundestag, which now serves as the mail plenary. Through the glass, you could see the core text being reworked in track-changes mode on giant screens.

“You also have to realize that they’ve got about 90 more pages of core text to work through in there,” he says. “I can just hear the bosses saying, ‘REDD+ is 98 percent done, let’s just close it out so we can move on to this other stuff.’”

Of the three outstanding issues, the easiest to resolve involved non-market payments, where just one country, Bolivia, had been holding out for inclusion of its “Joint Mitigation and Adaptation Mechanism”. The JMA welcomed REDD+ payments, but not through market mechanisms, and it prevented other market mechanisms from being implemented. The final text leaves the door open to both market and non-market approaches, with countries free to choose which they prefer.

The second issue* involved payments for non-carbon benefits (NCBs), such as protection of watersheds and biodiversity. In low-deforestation jurisdictions like Acre, Brazil, such additional benefits have been handled ad hoc – making them difficult to quantify and also difficult to communicate. African countries wanted to create a more standardized environment with detailed “methodological guidance” for NCBs, in part because their historic deforestation type is not the “frontier ” deforestation common in Latin America, but rather “mosaic” deforestation that’s less aggressive and therefore less lucrative from a carbon finance perspective.

“In Ghana, where I come from, we don’t talk about carbon anymore, at least not when talking to farmers,” says Yaw Osafo, who negotiated on behalf of the African Group.

“Farmers know that if they clear the forest they can grow crops, but they also know it will effect the rivers and streams,” he says. “So if you provide them with something that will allow them to keep most of the trees and still support a living, they’ll get behind it – and we wanted to be able to clearly communicate that.”

The compromise agreement provides “guidance”, but not “methodological guidance”, which Osafo says gets the job done.

On the issue of safeguards, donor countries – and NGOs within them – had been demanding clear minimum mandatory requirements, which some rainforest nations derided as unnecessary and prohibitively expensive. In the compromise agreement, safeguards have to be clearly communicated, with higher financing tied to higher rates of protection.

*This story initially reported that the African Group wanted to make NDB reporting mandatory for all countries.