Quebec’s first auction of carbon allowances last year was deemed a bit of a snooze-fest as buyers only snapped up about a third of available allowances, but demand soared in last week’s provincial auction following its linkage to California’s cap-and-trade system. 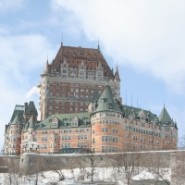 This represents a significant increase from Quebec’s first auction in December when only 34% of the current vintages and 27% of the future vintages available sold at the then-price floor of CAN$10.75/t.

“These results reflect growing interest and demand in this burgeoning carbon market after it officially linked with California’s program at the beginning of 2014,” said Erica Morehouse, an Environmental Defense Fund attorney who focuses on the policy and legal aspects of implementing AB 32, the legislation underpinning the state’s cap-and-trade program.

The two jurisdictions are not holding joint auctions yet, but are planning to do so later this year, meaning the two markets will completely align with a uniform price for both sets of allowances, she said.

“Until then, given that Quebec’s program is much smaller and has had less time to develop, the California auction prices and market conditions are more predictive of what the linked program will look like once joint auctions begin,” Morehouse said.

Prices and demand are lower in Quebec than California in part because companies regulated by the US state that do not have a Canadian presence have to wait until the joint auctions to buy allowances directly from Quebec’s environment ministry, she said. In addition, there were just 16 participants in the Quebec auction compared to 71 participants in the last California auction.

Unlike California entities that must turn in allowances to cover a portion of their compliance obligations at the end of this year, covered entities in Quebec do not have to turn in their first batch of allowances until 2015 – one of the few small differences between the programs.