The marriage of Quebec and California’s carbon markets went into effect on January 1, and their allowances and offsets are now interchangeable. A webinar put on by the Climate Action Reserve (CAR) Thursday took a look at the program’s honeymoon. 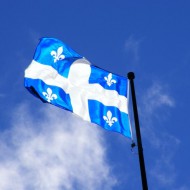 17 January 2014 | When the clock struck midnight on January 1, the first cross-border compliance trading program to reduce greenhouse gas (GHG) emissions in North America officially took off. But Quebec is unlikely to ask its new trading partner California for carbon credits any time soon.

The linkage between California and Quebec’s carbon markets is the first tangible fruit of the Western Climate Initiative (WCI), formed in 2007 to design a regional cap-and-trade program to limit carbon pollution and curb climate change. At one point, the WCI counted seven US states and four Canadian provinces as members, but only California and Quebec have put a trading program in place.

On the first day of the New Year, the linkage became official, and regulated entities California and Quebec can now trade allowances (permissions to emit, allocated by the government) and offsets (certified emissions reductions produced by projects across the US and Quebec) to meet the cap at the lowest possible burden to industry.

“We see [both] linkage and offsets as price control on allowances,” said Ashley Conrad-Saydah, the Deputy Secretary for Climate Change at the California Environmental Protection Agency (EPA). “They give covered entities more of a market in which to engage, and that keeps costs down.”

In the short-term, though, offset demand will be low in Quebec, Jean Nolet, President of coRessources, said during a webinar hosted by the Climate Action Reserve (CAR) on Thursday. As in California, the Quebec government is doing a bit of hand-holding at the beginning of the program, giving away a generous quantity of allowances for free. Indeed, during Quebec’s first allowance auction on December 3, only a third of 2013 allowances and a fourth of 2016 allowances were sold, at the price floor of CAD$10.75 – indicating low demand at the beginning of the program.

Projections of future oversupply and a general sentiment that GHG policy has been slow-moving in Canada have also fostered a ‘wait-and-see’ attitude among regulated and to-be regulated entities in Quebec.

“Enterprises have been slow in taking seriously the regulation,” Nolet said. “This is still what is prevailing today…there is no sense of urgency.”

However, provincial demand for allowances and offsets is expected to pick up in 2015, when fuel distributors begin to fall under the carbon regulation. There is not any speculative positioning in the Quebec market right now, Nolet said, but once the cap covers more sectors and tightens, trading will begin.

“As things are right now, there is no prospect for a great supply of offsets in Quebec,” Nolet added. “In livestock landfills, the transaction costs are so high…the carbon prices that we foresee would not overcome that cost.”

Quebec’s Ministry of Environment is in charge of publishing the protocols and is taking a look at new ones in agriculture, agroforestry, and mine methane capture. ÉcoRessources is also pushing the Ministry to consider ODS refrigerants.

On the California side, the state’s Air Resources Board (ARB) is scheduled to vote on the mine methane capture protocol in April and is continuing discussions around new protocols for rice cultivation and nitrogen management as the science progresses, Conrad-Saydah said.

Aside from the differences in approved offset protocols discussed above, there are a few key differences between California and Quebec’s cap-and-trade programs that will have implications for the marketplace:

When the honeymoon is over

The next auction in Quebec will be held on March 4, but will include in-province allowances only, with a new, slightly higher price floor of CAD$11.39 per metric ton. California and Quebec plan to hold a practice joint auction in the next month, and if it goes well, the first official joint auction will follow in June 2014. A joint price floor will be set according to the highest price floor between the jurisdictions, adjusted for the exchange rate.

As for adding new partners to the mix, California regularly talks with other jurisdictions about the efficacy of cap-and-trade, Conrad-Saydah said. The California EPA has had visitors from Uzbekistan, Thailand, China, Norway, and more to share information and experiences. These conversations put a slightly rosier tint on the often gloomy progress on international climate negotiations.

“It’s clear that progress at the subnational level is real even in the absence of an international treaty,” Conrad-Saydah said.

Allie Goldstein is an Associate in the Ecosystem Marketplace’s Carbon Program. She can be reached at agoldstein@ecosystemmarketplace.com.