Establishing an internal carbon price is becoming standard operating practice, with 29 of the top global corporations disclosing a price on carbon pollution in the latest reports to the CDP. If more companies actually want to implement an internal carbon fee, technology giant Microsoft has some sound advice on exactly how to do it. 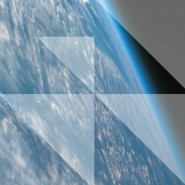 Establishing an internal carbon price is becoming standard operating practice, with 29 of the top global corporations disclosing a price on carbon pollution in the latest reports to the CDP. If more companies actually want to implement an internal carbon fee, technology giant Microsoft has some sound advice on exactly how to do it.

16 December 2013 | Even in the absence of global regulation of greenhouse gas (GHG) emissions, dozens of international corporations are seeing the wisdom in setting an internal carbon price to help guide their business decisions, according to a new white paper by the CDP (formerly known as the Carbon Disclosure Project). Technology giant Microsoft, which charges its business units a carbon fee as part of its efforts to reduce its GHG emissions, has published a helpful how-to-guide for companies that want to follow in its footsteps.

In 2013, 29 companies based in or operating in the US disclosed that they use an internal price of carbon in their business planning, with a range of pricing between $6-60 per metric ton of carbon dioxide equivalent, according to the CDP.

Utility and energy companies were the most likely to use internal carbon prices in making long-term plans to meet energy and electricity needs, according to the report. Oil major ExxonMobil set the highest price at $60/tCO2e, while competitors BP and Royal Dutch Shell use a $40/tCO2e price.

A common characteristic for many of these companies is that they have international operations, where the European Union’s Emissions Trading Scheme or Australia’s carbon tax have made them keenly aware of mandatory GHG emissions reduction programs, the CDP noted. In addition, many of these companies also set internal targets for GHG emissions reductions either in absolute tons or carbon intensity and use an internal carbon price or gauge to evaluate return on related investments, or to incentivize employees.

“Many companies across the U.S. have come to recognize that there is a price associated with the carbon they emit and an economic opportunity in factoring a carbon price into their business model,” said Tom Carnac, President of CDP North America. “Companies view the establishment of an internal carbon price as both an evaluation of risk and a business opportunity if they take steps to limit carbon pollution before others do.”

Microsoft, one of the early movers in imposing an internal carbon fee on its business units, has decided to help other corporations by explaining exactly how to go about such an undertaking.

The Seattle, Washington-based technology firm implemented its carbon fee in July 2012 as part of its commitment to become carbon neutral, in recognition of the fact that the information and communications technology sector emits 2% of global emissions. The company set an initial price of $6-7t/CO2e.

A white paper published by Microsoft last week makes the case for internal carbon fees, including the ability to drive changes in behavior that increase efficiency and reduce an organization’s cost and carbon footprint, as well as make responsible business decisions that help mitigate potential risks associated with an organization’s environmental footprint.

“A carbon fee model helps provide leadership in mitigating climate change,” said Tamara “T.J.” DiCaprio, senior director of carbon and energy, environmental sustainability for Microsoft and author of the white paper. “It can help drive innovation in the products and services that an organization develops.”

DiCaprio outlines the three critical components of the company’s carbon fee model: the organization’s carbon reduction policy, the price on carbon and the strategy for investing the funds generated by the carbon fee. Microsoft, for example, has invested in more than 20 carbon offset projects in countries such as Brazil, Cambodia, Ghana, Guatemala, India, Indonesia, Kenya, Madagascar, Mexico, Peru and Turkey.

The paper describes a five-step process for establishing an internal carbon fee: calculate carbon impact; establish a carbon reduction policy and develop an investment strategy; determine the internal carbon price; gain approval and establish governance and feedback loops; and administer the fee, communicate results, and evolve to increase its impact.

Microsoft’s carbon fee model is making the costs and consequences of climate risks and opportunities tangible to the broader company, said Mindy Lubber, president and CEO of investor and business coalition Ceres. While carbon neutrality is not a novel concept, Microsoft has gone beyond many companies by using a carbon fee to get there, she said.

“Microsoft’s model is based purely on consumption—there’s nothing complicated to manage, no credits to track or trade,” Lubber said. “This simplicity is what makes the model transferable. It can be adapted easily to fit other corporations, nonprofit groups and government agencies.”