Delegates to the United Nations Framework Convention on Climate Change (UNFCCC) have gathered in Bonn, Germany, for the first meeting since Copenhagen.  This three-day meeting, however, is more about process than product.  Ecosystem Marketplace drops in for a quick look at the negotiations. 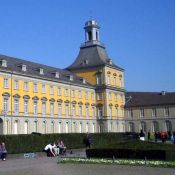 Because Reduced Emissions from Deforestation and forest Degradation (REDD) was not included in the Kyoto Protocol, its role in policy is discussed in the AWG-LCA, which formed a “subsidiary body”, the the Subsidiary Body for Scientific and Technological Advice (SBSTA), to discuss the technical aspects of REDD.
Under the Kyoto Protocol, industrial countries can write off emissions captured through Land Use, Land-Use Change, and Forestry (LULUCF) against their industrial emissions.   Because LULUCF is covered by the Kyoto Protocol, talks take place in the AWG-KP tract.

Delegates to the United Nations Framework Convention on Climate Change (UNFCCC) have gathered in Bonn, Germany, for the first meeting since Copenhagen.   This three-day meeting, however, is more about process than product.   Ecosystem Marketplace drops in for a quick look at the negotiations.

9 April 2010 | Four months after the world’s leading greenhouse-gas emitters endorsed the non-binding Copenhagen Accord, delegates to the United Nations Framework Convention on Climate Change (UNFCCC) are meeting in Bonn, Germany, to hammer out an agenda for the rest of the year, culminating in late November in Cancun, Mexico.

The process (see “The Bali Action Plan”, right) currently has two official negotiating tracts – one dealing with the soon-expiring Kyoto Protocol (the “KP” tract) and another dealing with issues not covered by the protocol (the so-called “Long-term Cooperative Action, or “LCA” tract).

The Copenhagen Accord is part of neither, but it has won varying degrees of support from more than 100 UNFCCC countries – in no small part because it includes a promise of $30 billion up-front from developed world to help pay for actions necessary to help the developed world adapt to climate change, with $100 billion more coming over the next ten years, as well as whatever funds flow to support actions that reduce greenhouse gas emissions from deforestation and forest degradation (REDD) as well as for promoting forest conservation, enhancement of forest carbon stocks, and sustainable forest management (REDD-plus).

Since then, several concrete and workable schemes for driving money to REDD-plus schemes have been proposed – nearly all embracing a phased approach that begins with capacity-building to establish nationwide accounting principles in the developing world.

Supporters of the accord would like it to serve as a guiding light for the two other tracts, and many delegates believe it could also form the core of a Plan B in case the UNFCCC process fails to yield a new protocol.

Such a Plan B would see the world’s eight leading emitters agreeing multilaterally to reductions, and offering payments to developing world countries that join the scheme voluntarily.   Such a scheme would likely include elements of the two UNFCCC negotiating tracts – the bulk of each of which are agreed on by most countries.   In addition to the carrot of payments, countries could also face the stick of sanctions if they don’t join the scheme.

Several veteran observers of the UNFCCC process have raised this hypothetical future, and some delegates have told us, off the record, that it is not out of the question.   When pressed, outgoing UNFCCC Executive Secretary Yvo de Boer only told us that he would prefer to see the process remain within the UNFCCC.   For that to happen, however, the process itself has to be re-jigged before the next meeting, which takes place over the first two weeks of June.

That’s what this weekend’s meeting is about.