German carbon consultancy Forest Carbon Group AG last week took a 30% stake in Canadian project developer ERA Carbon Offsets, and for reasons many will find surprising.  Number one on the list: anticipation of growing demand for forestry offsets among German voluntary buyers, who have traditionally been leery of non-industrial offsets. 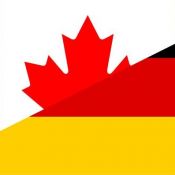 German carbon consultancy Forest Carbon Group AG last week took a 30% stake in Canadian project developer ERA Carbon Offsets, and for reasons many will find surprising. Number one on the list: anticipation of growing demand for forestry offsets among German voluntary buyers, who have traditionally been leery of non-industrial offsets.

23 February 2010 | Germany has long been one of the greenest of industrialized nations, but it’s also been home to some of the stiffest opposition to schemes that hope to reduce greenhouse gas emissions by planting or saving trees and reducing emissions from deforestation and forest degradation (REDD).

Holger Mayer, however, believes that German opposition to forestry offsets – if not to REDD in particular – is waning.   As of last week, he’s even banking on it – with a CAD$5.5 million (US$3.9) investment in ERA Carbon Offsets (ERA), a six-year-old Canadian project developer that uses carbon finance to fund the restoration of degraded ecosystems.

Mayer runs German energy provider HEAG Sí¼dhessische Energie AG (HSE), which in turn owns   Forest Carbon Group (FCG), a consultancy that helps German companies utilize the voluntary carbon markets to develop carbon-neutral products and strategies.   The investment gets FCG a 30% stake in ERA and a seat on the company’s board.   FCG also gets first dibs on ERA offsets as well as first dibs on new ERA shares for at least the next five years – unless FCG’s stake falls below 20%.

FCG was formed as a joint venture between HSE subsidiary ENTEGA Vertrieb GmbH & Co. KG, which is Germany’s second-largest provider of green energy, and a public-relations company called BCC (Business Communications Consulting), which has now been folded into FCG.

Better known by the name of its subsidiary, ERA Ecosystem Restoration Associates Inc., ERA has deep roots in community-based ecosystem restoration.   Co-founders Robert Falls and Bart Simmons have more than a half-century of restoration between them, and Falls even got his PhD in carbon sequestration back in the late 1980s.   ERA started using carbon finance to restore degraded forests six years ago in the Lower Fraser Valley, near Vancouver, British Columbia.   Since then, it’s expanded into Africa, South America and the United States, where it develops projects that both plant new trees and preserve existing forests.   It provides voluntary offsets to companies as diverse as Rolling Stone Magazine, Air Canada, Shell Canada – and, of course, HSE.

“That’s how the relationship began,” says Falls, who is now ERA’s CEO.   “We bumped into some people from HSE about a year ago, and they were interested in forest-based offsets.”

HSE folded the offsets into ENTEGA’s carbon-neutral energy products, and then began taking a closer look at the company itself.

“They came out to Vancouver and thoroughly looked at our projects,” says Falls.   “There were a few more visits, and then we went back and met with them in Germany and got to know each other and realized we had commonality in terms of our respective visions.”

They also realized they had complementary strengths and weaknesses.

“It’s a partnership,” says ERA Sales and Marketing Manager Alex Langer.   “We will work together to create offsets for the German market – with us providing the technical expertise, and them providing the distribution network.”

Streck says the goal is not to sell pre-compliance credits, but instead to find charismatic carbon with a good story and verifiable community benefits that can be folded into carbon-neutral products sold in Germany’s voluntary market.

“Forestry has not really been on the radar in Germany, but we sense that changing,” he says.   “Forestry is getting a foothold, and we hope to solidify that foothold by co-developing specific projects that are above reproach and then helping our clients tell the story behind these projects.   To do that, we need to see this as a holistic venture – we’re not re-sellers of ERA products, but partners with ERA in the creation and distribution of these products.”