Scores of non-governmental organizations are trying to help indigenous people out of poverty by showing them how to earn carbon credits, but not all are getting results NGO veteran James Gray says that if NGOs really want to help, they have to cede more control to indigenous groups – and they have to convince those groups that they’re in it for the long haul He offers this example from his own experience with CARE in Guatemala. 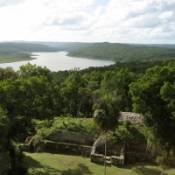 Scores of non-governmental organizations are trying to help indigenous people out of poverty by showing them how to earn carbon credits for managing their forests, but not all are getting results.  NGO veteran James Gray says that if NGOs really want to help, they have to cede more control to indigenous groups – and they have to convince those groups that they’re in it for the long haul.  He offers this example from his own experience with CARE in Guatemala.

7 February 2011 | When Roberto Chuc joined CARE, he did so because of our reputation as a humanitarian organization.  He believed that by working with us, he could help pull his Mayan tribe, the K’iche’, out of poverty while still preserving the forests where his family and ancestors have lived and farmed communally for hundreds of years.

He took full advantage of the voluntary carbon market to achieve his goals by helping his people earn carbon credits by saving trees and reducing greenhouse gas emissions from deforestation and forest degradation (REDD) – apropos, since the name of his tribe translates into English as “many trees”.

But REDD is a tool available to many, and very few deliver the kind of results that Chuc has done for us and his people.

That’s because, in addition to helping his people master the intricacies of REDD, he was able to assure them that CARE had the staying power to see the project through to its conclusion, and he knew when to get out of the way.

CARE’s history of fighting poverty with forest-carbon projects dates back to 1989, when it helped create what some consider to be the world’s first forest-carbon project, a partnership between CARE and AES, a Fortune-500 corporation that generates and distributes electrical power.   Our history of empowering impoverished Guatemalans—and the crucial credibility it gained through this — dates back further still.

We have been working in development and relief capacities throughout Guatemala since 1959, and and our activities range from helping with natural-resource related projects as to providing education, health, sanitation and micro-loans.  When torrential rains from Tropical Storm Agatha pounded this country in  May, 2010, killing more than 150 people and leaving more than 100 still missing from land slides, CARE mobilized an emergency rescue team to help.

All of this lends us credibility that can only be gained over time, but many of the groups we work with tell us that our reputation for pitching in without taking over contributes to our current success with forest carbon projects.

“We don’t try to manipulate local plans,” Chuc says, “but rather promote good planning and respect the rights of both large and small organizations.”

This Land is my Land

Impoverished Mayan people, largely from the K’iche’ and Mam tribes, eke out a living through subsistence agriculture on the marginal land and steep slopes that make up most of CARE’s project area.

This indigenous group survived hundreds of years of oppression, first at the hands of Spanish conquerors, later at the hands of the ladino/mestizo elites that took over prime agricultural land and more recently by brutally repressive military dictators who killed more than 200,000 people during Guatemala’s 36-year civil war.

When the war finally ended, peace accords enacted in 1996 recognized indigenous communities’ inherent right to administer and utilize their collective lands enabling them to retain significant communal holdings. These communal and municipal forests remain a symbol of identity and autonomy.

But the troubled history left lingering tensions and wariness among indigenous communities of interventions that could affect their land rights.  For instance, outside mining interests are typically met with vehement rejection.

Conversely, their long history with CARE fostered trust.  And their right to administer and utilize their collective lands enabled municipalities to enter into Payments for Ecosystem Services “PES” contracts with municipal and community forests.

But small-holder agriculturalists, population growth and lack of access to more appropriate land induced changes in land use from forest to agriculture, especially in areas with steep slopes, according to a study by Edwin Castellanos and Claudia Flores and their respective teams from Universidad del Valle de Guatemala and CARE Guatemala.

CARE executives recognized the value of the ecosystem services this endangered forested land provides, particularly in terms of forests’ ability to sequester carbon. They served as a conduit between the AES Corp. that was building a new power plant that would emit carbon into the atmosphere and the indigenous Maya people, encouraging payments for ecosystem services in exchange for forest preservation.

This collaboration with AES consists of two 10-year phases. Phase 1, running from 1989-1999, emphasized agroforestry that integrates the benefits of combining forests with farming, such as sheep herding, and afforestation that plants seeds to create and restore forests.

In Phase 2 that ran from 1999 until 2009 , collaboration also included conservation of forests with communal and municipal tenure.  Dubbed “MIBOSQUE” –pronounced “me BAWskay” or “my forest” in English, Phase 2 helped set up municipal forest offices in 11 municipalities.  It staffed offices with technical experts.  And it supported improved forest-management efforts.  Initiatives included establishing and supporting community tree nurseries, regulating fuel-wood gathering and tree harvesting, expanding access to agroforestry systems and improving protection of the communal forests.

In the Guatemala municipality called Cabrican, Trancito Lopez is known as the “go-to guy.” As director of one of Guatemala’s municipal forest offices he makes home visits to farmers interested in starting agroforestry systems to integrate the benefits of forestry and farming. He advises those curious about growing orchards and tree plantations.  He even serves as the local custodian for hundreds of hectares of forest in communal ownership.

His local, roll-up-your-sleeves approach personifies what many consider the key to CARE’s success with its Guatemala forest carbon projects.

MIBOSQUE served as a philanthropic experiment that was financed through an endowment. No carbon credits were ever transacted.  Yet it had elements of a forest carbon project.  First, while monitoring was not stringent, AES and CARE attempted to increase the amount of carbon sequestered in biomass in the project area. Second, CARE and the Universidad del Valle jointly developed a methodology for estimating carbon stocks in the forest types found in the project area. And third, by applying this methodology to most MIBOSQUE communal and municipal forests, it established part of the carbon baseline for future projects.

These projects now serve as a springboard for CARE’s third-generation forest- carbon initiative, a REDD project covering 70,000 ha of communal forests spanning more than 100 separate forests in 40 municipalities. The project will apply the Climate, Community and Biodiversity Standard (CCBS) that CARE helped develop, a standard based on general design concepts that does not issue carbon credit certificates. It will also apply the Voluntary Carbon Standard (VCS) to issue carbon credits.

Creating a REDD project on the steep slopes of fragmented forests in a third-world country comes, of course, with significant hurdles. The project’s dispersed nature will create challenges during all project stages. Agents and drivers of deforestation will have to be determined.  A reference region will need to be selected. Accurate monitoring efforts will have to be enforced.  And a methodology for creating a Voluntary Carbon Standard will have to be developed.

Financing poses another significant challenge. Because of the project’s complexity, carbon finance funds by themselves may not be sufficient to cover administrative costs as well as funnel adequate funds for communities’ communal needs. To address this possible shortfall, CARE is seeking donors to fund municipal forest offices and their work in community forestry and agroforestry. Meanwhile, while some CARE staff says they are confident that granting unrestricted funds to communities will work well since this is often done in the context of the national forest incentive program, others say they fear these funds could create conflict within communities.

The issue of leakage – protecting one forest at the expense of another – will also have to be addressed. Regulating fuel-wood trade could prove daunting due to its extensive use and movement across the entire region.  Already communities have protected their own forests by importing fuel wood from neighboring regions with laxer regulation. To satisfy local demand for fuel-wood while shutting off leakage, the REDD project will need to improve regulation of fuel-wood collection, increase reforestation by leveraging community tree nurseries and volunteerism, expand agroforestry systems and introduce high-efficiency stoves that require less fuel.

Additionality provides a final challenge, particularly among the 11 municipalities where CARE worked in Phases 1 and 2.  Since many carbon sequestration measures including municipal forest offices and agroforestry systems remain despite CARE’s termination of financial support, efforts will have to be redoubled to preserve and restore additional forests that produce additional carbon sequestration. On the other hand, additionality will be easier to demonstrate and lessons learned from past initiatives will be easier to implement in the remaining 29 municipalities where CARE forest projects have not already occurred.

As Tropical Storm Agatha’s devastation demonstrated, vulnerability to extreme climatic tendencies is staggering.  CARE hopes to leverage REDD as a key tool to make the communities and forests of Guatemala’s Western Highlands more resilient in the face of potentially devastating effects of climate change.  Its decentralized strategy could help overcome the significant challenges of poverty, resource loss and degradation over a large area with significant but patchy forest resources. If CARE’s REDD project continues as planned, at least 40 municipalities could be much better off economically and environmentally than they are today.“I’ve been told that the difference between us (at CARE) and some other organizations,” Chuc said,”is that CARE comes through on what it offers.”