The US Environmental Protection Agency and Army Corps of Engineers have released their long-awaited regulations for offsetting lost wetlands. They should mean a major boost for mitigation banking. The Ecosystem Marketplace summarizes them below. 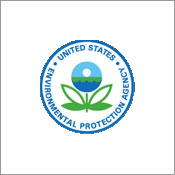 31 March 2008 | A highly-anticipated wetland compensatory mitigation rule that promotes wetland mitigation banking while pushing back its competitors was outlined Monday in a joint press conference by the U.S. Army Corps of Engineers and Environmental Protection Agency (EPA). In an unusual move responding to intense public interest and impatience, the agencies presented their long-awaited Final Compensatory Wetland Mitigation Rule to the press before publishing it in the Federal Registrar.

The new standards encourage the expansion of mitigation banking to provide compensatory mitigation for unavoidable impacts to the nation’s wetlands and streams. They create a hierarchy that clearly spells out the agency’s preference for this form of mitigation over its current competitors, said EPA Assistant Administrator for Water, Benjamin H Grumbles. Until now, developers destroying wetlands protected under the Clean Water Act could choose from three options to address these damages. They could replace the wetlands they destroyed themselves; they could pay in-lieu-fee providers, typically nonprofit corporations, to replace them at some future time; or they could buy “credits” from wetland mitigation banks that proactively restore, enhance or create wetlands.

By emphasizing its preference for mitigation banking, the new rule will likely create a bonanza of business for wetland mitigation bankers, who currently provide only one-third of the mitigation required, according to recent studies. Developers perform their own mitigation work 60-percent of the time – with limited oversight – and in-lieu-fee providers pick up the rest.

Prior to the new rule, mitigation banks faced regulatory and economic hurdles that put them at a disadvantage to their competitors while encouraging better outcomes for the wetlands they restored, enhanced or created. Unlike developers and in-lieu-fee providers, mitigation banks were required to restore wetlands as compensation prior to the destruction of existing wetlands. They were also held to tighter performance standards and monitored to ensure long-term success. The new regulations extend these standards for advance planning, implantation and management to all compensation projects with the goal of ensuring more effective wetland and stream replacement projects.

The rules also distinguish themselves from those originally proposed by providing a greater role for public participation, Grumbles said. For the first time, notices informing the public of permit applications will be required. Similarly, monitoring reports of all compensation sites must be provided to interested agencies and the public upon request.

The rule is expected to go into law sixty days after publication later this week in the Federal Registrar, and it will likely spark significant outcry. While mitigation banking has proven more successful than its competitors in addressing the Clear Water Act’s requirement of no-net-loss of wetlands, most studies examining mitigation banking, including the often-touted 2006 study by the Ohio Environmental Protection Agency, indicate that fewer than half of the lands restored as wetland compensation actually function as wetlands. Regulators say they responded to these concerns by tightening up regulations and providing for greater public scrutiny.

“This rule greatly improves implementation, monitoring, and performance,” said John Paul Woodley, Jr., Assistant Secretary of the Army for Civil Works, “and will help us ensure that unavoidable losses of aquatic resources and functions are replaced.”