Nagoya’s side events continue to have strong emphasis on finance and infrasturcture.  A new report released this week looks at habitat banking in the context of the biodiversity-rich continent of Latin America, giving steps and suggestions for successful projects.  Here is glimpse into the report: 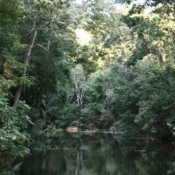 Nagoya’s side events continue to have strong emphasis on finance and infrasturcture.   A new report released on 28 October looks at habitat banking in the context of the biodiversity-rich continent of Latin America, giving steps and suggestions for successful projects.   Here is glimpse into the report:

28 October 2010 | The United Nations Development Programme is launching a report with Pricewaterhouse Coopers, “Habitat Banking in Latin America and the Caribbean: A Feasibility Assessment” on 28 October, during the COP 10 CBD conference in Nagoya, Japan. The timing could not have been better, as financing mechanisms for conservation are a main topic of the conference, as well as at several of the side events.

Latin America, a region with an astounding concentration of biodiversity, is a place where conservation efforts must succeed. This report investigated where in Latin America habitat banking schemes could be developed and looks at the opportunities and barriers that currently exist as part of a broader United Nations Development Program initiative to analyze and demonstrate the value of biodiversity and ecosystems. Andrew Bovarnick, UNDP’s Lead Natural Resource Economist and Report Director, notes “The analysis underlines the value and opportunity for LAC countries to adopt banking approaches to supplement – not replace- their traditional conservation strategies.”

Although the title includes both Latin America and the Caribbean, the report largely focuses on Latin America, pulling the six case studies from Latin American nations. Those countries are divided into tier 1 and tier 2.   Tier 1 nations already have elements in place for a habitat banking scheme but need some additional capacity building needed and tier 2 nations have some elements and initiatives in place, but have risks stemming from a lack of regulation and on-the-ground technical and governance capacity.

There are, however, a number of hurdles before a functioning habitat banking system can be implemented in these countries.

The social and political issues that characterize the region present difficulties when thinking about instituting market based conservation initiatives. Chief among those issues are concerns of tenure and land-use rights. The existence of indigenous groups in environmentally sensitive areas has posed problems for conservationists and governments concerned about equity and stakeholder engagement, and a market-based approach is no different. Although issuing advice on the governance of indigenous lands is beyond the scope of this report, it does offer recommendations for stakeholder consultations.

Government infrastructure, NGOs, and academic institutions are in no short supply in the region, but the configuration and emphasis of those institutions is not currently geared towards habitat banking. While most countries covered in the report have permitting processes and some form of Environmental Impact Assessment law in place, the report emphasizes the need for defining institutional responsibilities and building capacity to adequately enforce, govern, and monitor habitat banks and credit transactions.

For each country covered in the report, a chart covering the “four core aspects of feasibility assessment” displays what actions have been taken and which elements are in place for the establishment of habitat banking systems. In addition, the report offers diagrams of possible habitat banking systems for each country, taking into account a number of aspects including existing infrastructure, infrastructure that still needs to be established and industries that would be the permitees in the system.   These diagrams also identify pilot stage funders, bank developers, and private sector investors.

Finally, the report lays out a time line between now and 2017, with the first phase including the establishment of pilot projects. These projects will be in effect whil national habitat banking systems are designed and institutional capacity is built up to support the systems.

The timing of the report suggests that   the UNDP and Pricewaterhouse Coopers are hoping that Latin American nations will strike while the iron is hot. While international treaties and enforced agreements are unlikely at the CBD Nagoya conference, this report makes clear that habitat banks are a possibility in a continent rich in biodiversity.

Biodiversity Banking: A Primer
Financing in Spotlight as Biodiversity Talks Open in Nagoya
Download the full report available on 28 October

Daniel Kandy is a research fellow at Ecosystem Marketplace, focusing on Forest Carbon and Biodiversity markets. He recently graduated from Washington University in St. Louis with a degree in anthropology, focusing on land use and agriculture. He can be reached at dkandy@ecosystemmarketplace.com