The REDD+ Partnership is convening alongside the official Cancun climate negotiations to establish a Work Program through 2012.  But despite reported consensus among Partners about the need for safeguards, the latest draft released by the Partnership removes many of the guidelines for safeguards that were in earlier drafts. 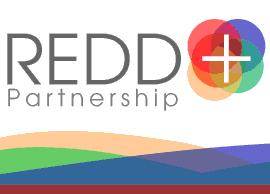 The REDD+  Partnership, currently co-chaired by Japan and Papua New Guinea, is convening alongside the official Cancun climate negotiations to establish a Work Program through 2012.   But despite reported consensus among Partners about the need for safeguards, the latest draft released by the Partnership removes many of the potentially binding guidelines for safeguards on social, environmental, and governance issues that were found in earlier drafts.

4 December 2010 |  CANCUN | After a contentious year, the REDD+ Partnership seemed to be closing on a high note when they met on the eve of Cancun talks and agreeing worked through a draft of the Work Program for 2011-2012.

The first draft Work Program for 2011-2012 released by the REDD+  Partnership coming into these meetings was published on November 26, 2010.   It included several provisions that civil society stakeholders reported being pleasantly surprised to see being incorporated.   A revised Work Program, based on edits by the Partnership’s Secretariat and allegedly by the Chairs themselves after receipt of the new draft, was released on December 1, 2010.

Although there are several additions and reformulations of text from the previous draft, the primary effect of the revisions was a substantial amount of cutting.   Among the more noticeable redactions are many of the provisions on safeguards for monitoring, reporting, and verifying environmental, social, and governance issues associated with REDD+ activities.

Below, you can find a detailed breakdown of the major changes found in the current draft, separated by each component of the 2011-2012 Work Program.   In the Related Documents box to the right, you can find links to the original documents to see all the changes for yourself.

David Diaz is a Forest Carbon Associate with Ecosystem Marketplace. He manages the Forest Carbon Portal, and can be reached at [email protected]

*This text was revised from an earlier version to correct a misstatement of the deadline.   It originally read “Unless any of the Partners object by e-mail by 8pm Sunday, the Work  Plan will be approved as currently written.”   We regret the error.