California once seemed all but certain to become the first compliance market to welcome offsets from projects that reduce emissions from deforestation and forest degradation (REDD), but efforts to include international offsets still face political opposition. Here’s a quick status report. 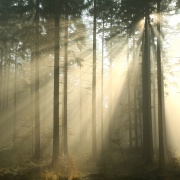 8 October 2013 | California’s cap-and-trade program has been seen as a beacon of hope by those who support the inclusion of projects that save endangered forest and reduce emissions from deforestation and forest degradation (REDD). As the program moves forward, it is delivering on its promise to include forestry offsets from domestic projects, but it’s not clear it will be able to offer international offsets of any kind, let alone REDD.

At issue is opposition from two camps. The first opposes offsets from outside the state generally, on the grounds that external offsets are a threat to California jobs. The other camp opposes international REDD offsets specifically, arguing that international safeguards are inadequate.

Proponents, on the other hand, say they that safeguards proposed by the REDD Offsets Working (ROW) Group are more than adequate. Those safeguards limit accepted offsets to those from “jurisdictional REDD+” programs, which means they must come from states that, like California, are also reducing greenhouse gas emissions within their boundaries and have established protocols that the state of California accepts.

In February, State Senator Ricardo Lara introduced Senate Bill 605, which aimed in part to “Limit the use of offsets, to the maximum extent feasible, to those offsets originating and achieved within the state.” At one point, the qualifier “to the maximum extent feasible” was stricken from the bill, but it has currently been amended to allow offsets from anywhere in the US and possibly within the Western Climate Initiative (WCI), which includes Quebec but not states outside of North America.

REDD “is the big elephant in the room,” in terms of whether or not it will play a role in supplying offsets to the California market, Belinda Morris, California director for the American Carbon Registry (ACR), said at the International Emissions Trading Association’s (IETA) Carbon Forum North America conference in Washington, DC last week.

The bill did not pass the California Assembly before the end of this year’s legislative session, but could be reconsidered in its new form when the legislature reconvenes in January. It is unclear if the bill, which passed the Senate this summer and does not have to be reintroduced, will gain further traction in 2014, but it remains a threat to the role of international offsets in California’s program, observers say.

“The international offset thing is going to come back,” says Emilie Mazzacurati, Managing Director of the consulting firm Four Twenty Seven. “The regulation could change on that ground.”

To date, development and approval of offset project types for the California program has focused on domestic protocols. The California Air Resources Board (ARB) already allows forestry, urban forestry, ozone-depleting substances (ODS) and livestock projects implemented in the US to be submitted by regulated entities to meet up to 8% of their compliance obligations. Later this month, the ARB is expected to approve the use of coal mine methane projects in the offset program, with the adoption of a rice cultivation protocol seen as likely next spring.

The ARB is “being very cautious because they want to get this right,” Mazzacurati says. “I’m not worried about that.”

REDD has support among environmental groups, corporations, and indigenous leaders from Latin America, Asia, and Africa, but that support is contingent on the adoption of safeguards recommended by the ROW.

REDD also faces opposition from other environmental organizations that want to see REDD banned completely, and many of them banded together in September to send a letter to ARB Chair Mary Nichols and California Governor Jerry Brown, among others, demanding that California reject these projects.

“It wouldn’t be surprising if we see a ramp up in opposition,” Mazzacurati says.

Those charged with helping to administer the program are moving forward, more or less. The Climate Action Reserve, for example, has written a Mexico forest protocol that will be adopted by its board this month that nests within the REDD framework, said President Gary Gero.

“The complexity of getting international credits of these types into a state-based system is overwhelming, not to mention the lack of popularity,” he says. “There are certain constituencies that do like it, but frankly there are many, many more that see the problems and will pull out all the stops to stop the process. I don’t think it’s realistic.”

The ARB, in fact, does not have a REDD rulemaking scheduled at this time, said ARB spokesman Dave Clegern.

“We have an MOU to observe development of sector-based projects in Chiapas and Acre, but no agreement to accept those projects,” he said. “At this point we have just issued the first offset credits for domestic projects, and that is our primary focus right now.”

The maximum allowable offset limit in the WCI program is 241 million tonnes (MtCO2e), but Olga Chistyakova, who follows carbon and energy for Thomson Reuters Point Carbon, says the REDD supply would constitute only a small portion of that sum.

“But [the potential exclusion] does set a bad precedent for REDD as a project type and as an accepted international forestry project type in a developed market cap-and-trade scheme so that’s something to watch for going forward,” she said.

Supply and Demand out of Sync

Supply and demand dynamics in the allowance market are also a factor in whether international offsets will be allowed into the program, with recent projections that the California market will be oversupplied.

Chistyakova says that California’s cap-and-trade program will have more allowances than needed through 2019, which will put significant downward pressure on allowance prices. Updated emissions data shows a steep decline in power sector emissions as California’s strong renewable energy mandate is leading emissions to drop 15% from 92 MtCO2e in 2013 to 78 MtCO2e in 2020. She now believes that California allowances will trade “pretty near” the price floors, with a forecast of $12.3/tCO2e in 2015 and $17.2/tCO2e in 2020.

“That puts a significant damper on the offset prices as well,” she said. “We do think that the current project pipeline will move forward, but new project generation and development may slow down as a result of this new finding.”

Because the market will be long with minimal demand for external abatement trickling in by the third compliance period, compliance entities will not seek to use their full 8% offset limit, according to Point Carbon. Offset demand will not be driven by compliance needs, but determined by whether companies view offsets as a key diversification product in their compliance strategies and whether they can manage the offsets risks well enough to get the highest quality offset for the lowest price.

“We do think that although the market is long, offsets will remain a compliance strategy, especially for the large buyers who may be able to take on the risks,” Chistyakova said.