US President Barack Obama has called for a massive increase in spending to revive our crumblng built infrastructure, but he’s so far failed to mention the equally threatened and far more basic "green infrastructure" that provides our air, water, and food. Ricardo Bayon argues that a little bit of strategic investment here can go a long, long way. 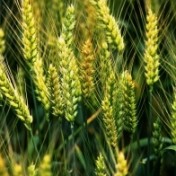 US President Barack Obama has called for a massive increase in spending to revive our crumblng built infrastructure, but he’s so far failed to mention the equally threatened and far more basic “green infrastructure” that provides our air, water, and food. Ricardo Bayon argues that a little bit of strategic investment here can go a long, long way.

Now it is common for humans to think that infrastructure is only composed of things we design and build. But that is hubris; the sort of hubris that has led us to believe that roads, shopping malls, and farms are worth more than forests, wetlands, and coral reefs. And yet, it is the natural infrastructure that these ecosystems are a part of that has made life on this planet possible. They give us clean air, circulate water, and provide us with food, and shelter. So why do we habitually forget to think about how we are going to finance, restore, and maintain the natural infrastructure on which we all depend?

It doesn’t have to be that way. The cities of Philadelphia, New York and Rio de Janeiro are a case in point. They have figured out ways of integrating the grey with the green.

The City of Brotherly Love has a problem it shares with many major cities around the world. When it rains or when storms come, water runs off the rooftops and roads (the grey infrastructure) and overwhelms the city’s aging sewer systems. When this happens, the mechanisms designed to clean the sewer water before it is dumped back into the river systems cannot cope with the increased volume of water and are forced to emit “less than clean” water into the local waterways. In addition to being gross and unsanitary, this is one of the major sources of pollution into rivers, not just around Philadelphia, but around any major city you care to name. To deal with this problem, the city of Philadelphia has come up with an ambitious plan it calls its “Green City, Clean Waters” program. The idea behind this plan is to replace the impervious “grey” infrastructure of the city with more natural “green infrastructure” like green roofs, tree-lined streets, wetlands, rain gardens, etc. In this way the water seeps into the ground, is used by plants, and makes its way slowly back into the river systems. Additionally, this green infrastructure will have co-benefits like nicer streets, cooler buildings, and parks for recreation. Better yet, this movement from “grey” to “green” will save the city millions, if not billions of dollars in sewer upgrade costs.

New York City had a drinking problem a decade ago: Its water was dangerously polluted and the city needed to build a multi-billion dollar water treatment plant to keep it clean. Instead, the city chose to spend the money protecting ecosystems upstream in the Hudson river. In doing so, they got the necessary water quality improvements at a fraction of the cost . Quite the bargain.

The story of Rio de Janeiro is actually older, and perhaps even more interesting. Back in the second half of the 19th century, the forests around the city had been cleared for coffee farms and other plantations. As a result, water for the city was suffering. At that time, a visionary leader, Major Manuel Gomes Archer, decided to replant a local forest now called the Tijuca forest. It took decades, but today that forest is a bustling tropical jungle that is widely considered to be the largest urban forest in the world. Not only does that forest help provide the city with better water, but it protects the city from mudslides, erosion, and storms; all while it contributes to the natural beauty of one of the world’s most iconic cities. No amount of grey infrastructure could have delivered that kind of return on investment.

So, as we stand on the cusp of yet another bold and multi-billion dollar investment in infrastructure in this country, perhaps we should take the lessons of Philadelphia, New York and Rio and spend a bit of that money on the restoration and maintenance of the country’s natural infrastructure. Because if we take a monochromatic approach to infrastructure –one that only sees the world in shades of grey– we risk missing out on potential cost savings.   Worse still: we risk making losing investments. After all, without forests, wetlands, coral reefs and other forms of “green” infrastructure, any bridge is truly a bridge to nowhere.

Ricardo Bayon is a Partner and co-founder of EKO Asset Management Partners, a new breed of “merchant bank” seeking to influence, encourage, and profit from new and emerging markets for environmental commodities (carbon, water, and biodiversity). Formerly he helped found and was the Director of the Ecosystem Marketplace. he can be reached at [email protected].