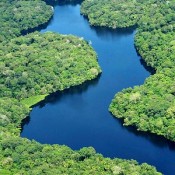 In Our World is a blog series from IIED covering the environment and development-some from the real world and some from the online world. Click here to read this article in its original format.

Mongabay.com reports that Brazil has rejected a Canadian company’s bid to mine a controversial Amazon dam site for gold.

Kirsty Newman gets beyond the hyperbole about science and development.

China has overtaken the EU as Brazil’s top trading partner, says the Climate News Network, which explores what this means for the Amazon and agriculture.

INTERPOL’s has arrested close to 200 people and seized of millions of dollars’ worth of timber in Latin America, in its first international operation targeting large-scale illegal logging.

Edward Cameron explains why he thinks climate justice will dominate the UN talks this year in this piece for Responding to Climate Change.

Do you know what the world is getting wrong about China and climate change? Chinadialogue’s Xu Nan and Zhang Chung explain.

Elementa: Science of the Anthropocene is a new, non-profit, open-access journal.

The UN Environment Programme has opened up its governance to all nations rather than the minority that usually sit on its governing council.

The UN treated government ministers and officials to a meal of blemished African fruit and vegetables to highlight how European supermarkets reject edible food.

In a village in India’s poorest state, Bihar, farmers are growing world record amounts of rice – with no GM seeds, and no herbicide, reports John Vidal.

Something in the Water?

The new State of the Science of Endocrine Disrupting Chemicals report by the United Nations Environment Programme and the World Health Organization paints a complex picture of how pollution and factors such as age and nutrition could explain disease increases.

Jonathan Glennie writes on the Guardian’s Poverty Matters blog about a report that makes the business case for companies investing in land to work with local communities.

Matt Collin responds on the Aid Thoughts blog to urge people to remember the roles of governments and governance in the great land story that is unfolding.