If companies don’t know how to account for carbon credits, they don’t really know how to deal in them – and, with no agreed-on rules for such accounting, each company is following its own rules.  That could cost dearly down the road, which is why the International Forest Carbon Association is pushing for clarity on this issue. 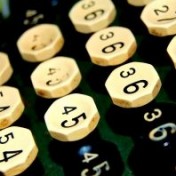 If companies don’t know how to account for carbon credits, they don’t really know how to deal in them – and, with no agreed-on rules for such accounting, each company is following its own rules.   That could cost dearly down the road, which is why the International Forest Carbon Association is pushing for clarity on this issue.

20 April 2012 | Early in the film Stand by Me, Gordy turns to the other kids in exasperation.

It’s a serious question, because the answer determines whether Goofy stays in a hotel or in a kennel – and, in some families, whether he rides in the car or on the roof.

Accountants are asking similar questions about carbon credits, and whether they are intangible assets, service agreements, financial derivatives, or commodities.   The answers to those questions determine whether the offsets are marked to market, valued at cost, or something in between – and those are big issues in a market where prices fluctuate daily and positions are measured in millions.

The International Accounting Standards Board (IASB) issued guidance in 2004 for offsets trading on the European Union Emissions Trading Scheme (EU ETS), then retracted it in June, 2005 after several participants raised questions.   Since then, with Europe being the only carbon game on the planet, the issue faded.   But with California, Ireland, and others implementing greenhouse gas regimes involving forest carbon, Scott Deatherage sees a recipe for confusion.

He’s President of the International Forest Carbon Association (IFCA), and sent letters to both the IASB and the Financial Accounting Standards Board (FASB) asking for simple guidance on when the REDD+ sector can value offsets at fair value, on-balance sheet, and in inventory.   The letter has more than a dozen co-signatories, ranging from accountants and project developers to major NGOs.

KPMG has answers to each of those questions.   So do other accountancies, and so do researchers such as Gabriel Thoumi and Talitha Haller. Trouble is, the answers aren’t standardized, and won’t be until standard-setting bodies come up with rules that everyone can agree on.

“If you don’t have this guidance from FASB or IASB, you have to use your own judgment,” says IFCA President Scott Deatherage.   “That means you have to have your accountants come up with something for you, which means you risk being out of synch when rules finally do come out.   Then you have to redo your accounting, at which point everything you thought was worth one thing is worth something else entirely.”

Let’s take, as an example, a California power company whose emissions are one million tons over its new ceiling.   The company needs to reduce emissions or purchase one million carbon credits to come into compliance, and those credits are trading at $30 each.

Does that mean the company has to put a $30 million liability on its books? And if it does, what happens if the price drops to $15 per ton before it buys the credits?   Is that a gain? And if the price soars – is that a loss?

And can that same company – or a project developer for that matter – put offsets on its books and use existing emission reductions to raise capital?   If so, institutions can fund further expansion of implementation of their climate change mitigation activities, and brokers can develop new projects.

Deatherage, says accounting certainty also creates financial transparency for stakeholder groups and communities focusing on social and environmental soundness who will want to ensure that they receive accurate compensation for their climate change mitigation efforts.   He adds that the process of creating the guidance will likely flush several conflicting theories into the open.

“Even if you agree to mark to market, it gets hairy,” says Scott Deatherage, President of the International Forest Carbon Association (IFCA).   “It raises all kinds of questions – like do you have to mark these things to market daily, or weekly, or do you account for them based on the price you paid? And what do you do if the price quadruples? Do you mark that right away, or not until you sell them?”

Steve Zwick is Managing Editor of Ecosystem Marketplace.Ã‚Â  He can be reached at [email protected].
Please see our Reprint Guidelines for details on republishing our articles.