The economic crisis has stifled real estate development and provided a respite to swamps, prairies, and other habitat for endangered species. In the long run, however, it’s also hurt green entrepreneurs who are proactively preserving and restoring these habitats to earn offsets for wetland and biodiversity impacts. Ecosystem Marketplace examines the consequences. 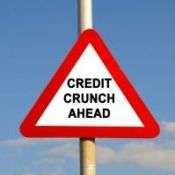 The economic crisis has stifled real estate development and provided a respite to swamps, prairies, and other habitat for endangered species. In the long run, however, it’s also hurt green entrepreneurs who are proactively preserving and restoring these habitats to earn offsets for wetland and biodiversity impacts. Ecosystem Marketplace examines the factors that will determine who wins, who loses, and why.

9 July 2009 | The Swainson’s Hawk loves grasslands, deserts, and prairies. Until recently, so did many real estate developers in the northern part of the US state of California. That made it possible for environmental entrepreneurs to earn their livelihood restoring and preserving this endangered falcon’s territory to generate biodiversity offset credits they could then sell to developers.

But in Northern California, prices for Swainson’s Hawk offsets plunged more than 50% as the commercial and residential real estate markets there cooled, despite President Barack Obama’s stimulus package. The phenomenon mirrors the economic crisis itself: new mitigation banks are being entitled across the nation without having projects lined up to buy credits, leading to an inevitable increase in the market supply of credits.

Craig Denisoff, Vice President of Westervelt Ecological Services and director-at-large for the National Mitigation Banking Association (NMBA), says prices have plunged the most in markets like South Florida, California, and Georgia – where the real estate market had been especially hot.

“Demand was hot and prices were high,” he says. “Naturally, we will see prices coming back to earth.”

“We don’t see it as a glut of credits,” he says. “Really, the reduction in pricing is an indicator that some banks have a strong need for cash right now. The reduced demand has taken the momentum out of the revenue cycle, and thus, bankers may be discounting prices in hopes of stimulating their sales.”

That leaves habitat developers in these and other parts of the country in a quandary: do they sell their offsets cheap – perhaps taking a loss in exchange for cash-flow that they hope will keep them going until the economy improves? Or, do they keep their prices high, foregoing short-term cash flow to preserve inventory for when the economy recovers?

It’s a difficult dilemma, largely because the carrying costs in mitigation banking are steep. A Vernal Pool Creation bank developer, for example, can spend millions up front for entitlement, construction, and financial securities and then face many years of sporadic sales even in the best of times before he sells out his inventory.

“The perception out there is that there is a huge margin on banking,” says Denisoff. “In fact, the margins on banking aren’t quite what people think due to the time it takes to sell the credits. Carrying costs of money in this business are huge.”

That’s especially true with some of the newer, smaller mitigation banks that not only lack the capital to wait out the downturn but also are more likely to have spent too much money opening banks or located them in areas where the environmental benefits are difficult to achieve.

Those who can neither sell their offsets cheap nor tough it out face a third option: selling their businesses – or at least substantial stakes – to deeper-pocketed competitors or investment funds who can keep the mitigation bank alive.

In Search of Patient Capital

Unfortunately, the “green” investment market appears to have changed as well. “There was a wave of capital interests a few years ago,” says Morgan. “Since then, a lot has dried up with the current credit crunch.”

“Investors in both carbon and mitigation projects are pulling in their horns a bit and re-pricing risk,” she says, adding that there is a relatively small pool of capital that is both patient and informed.

Gordon Jones, President of Timbervest LLC, an institutional investment firm focused on timberland and ecosystem services assets, says the problem isn’t that patient capital is drying up, but that many institutional investors never got beyond the kicking-tires phase.

“There were certainly some looking around the industry, but for the most part none of them ever actually provided capital for projects,” he says. “I think the institutional investors within the space have been winnowed down to a core group of those who are truly dedicated to the industry and believe in the long-term prospects of banking.”

“The longer-term trends are on our side, as the value of ecosystem services will only increase with time,” says Hawn, adding that New Forests has been actively seeking to buy banks in the down market but is finding few sellers.

“Some sellers have been reluctant to acknowledge price drops (of credits and ultimately value) in the near term,” she says.

Jones sees an acceptance of lower prices among sellers, but believes most are holding out for a rebound.

“We have certainly seen reduced expectations from bank sellers, or at least realistic bank sellers, as credit pricing and absorption have slowed,” he says, “but those banks that have entered fire-sale mode have tended to be assets you would not want to own at any price.”

Jones adds that larger bank operators and diversified holding companies with several properties are best-equipped for the long haul – especially when a government-sponsored stimulus package comes in to make up for lost private investment, as is currently the case in the United States.

“When you spread that demand across a diversified national portfolio, a few federal projects that fall within geographic service areas of certain banks can buoy those assets that have experienced faltering private demand elsewhere in your portfolio,” he says.

Westervelt has just certified its first bank under the new rules, Van Vleck Ranch Mitigation Bank, a 775 acre ranch in Eastern Sacramento. Denisoff pointed to times like these to create meaningful partnerships with landowners and create ecologically sound and mutually beneficial projects.

“Despite a lull in demand and price depreciation in some markets there is some optimism out there,” he says.

Wildlands reports an uptick in acquisition activity the first quarter of 2009, claiming to be in escrow with numerous parcels in different markets. They also recently announced their first East Coast mitigation bank, Lone Oak, a 1,200 acre stream restoration bank in Virginia that was done in a partnership arrangement with Timbervest.

Both Denisoff and Morgan say the success and value of individual banks still depends on an old rule of thumb: good projects built on good land will prosper if the developer stands behind them.

“A mitigation bank on the right property in the right area, with a well-written instrument and a responsible sponsor can withstand periods of decreased sales activity,” adds Jones. “We’ve seen plenty of bank sponsors who were prudent enough to maintain capital reserves sufficient to ride out the inevitable downturn and paid down debt when times were good. While these bankers may not be cashing checks these days, they are not on the verge of insolvency.”

And, adds Morgan: don’t over-leverage yourself.

“One thing we’ve learned over time is the mitigation business cycle is not predictable,” he says. “Avoid over-leveraging your venture, and be prepared to ride the cyclical nature of the business.”

Justin Derby is a mitigation banking consultant out of the San Francisco Bay Area. He will be a master’s candidate at the Donald Bren School of Environmental Science and Management in Santa Barbara starting this fall, and has done contract work with Wildlands, Timbervest, and other mitigation bankers. He can be reached at [email protected].

Will US Stimulus Lift Mitigation Banks?
Biodiversity Banking: a Primer