Carbon dioxide emissions from farming and deforestation add up to more than 30% of the world’s total greenhouse gasses, but sustainable agriculture can slice that figure dramatically.  Poor farmers, however, can’t make the transition without help.  Carbon finance may provide a key to the solution. 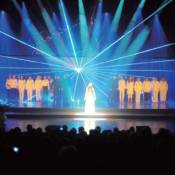 Carbon dioxide emissions from farming and deforestation add up to more than 30% of the world’s total greenhouse gasses, but sustainable agriculture can slice that figure dramatically.   Poor farmers, however, can’t make the transition without help.   Carbon finance may provide a key to the solution.

First in a Series

1 November 2010 | “It’s hard to imagine a more important conference on a more vital topic at a more crucial time,” said Andrew Steer, the World Bank’s Special Envoy for Climate Change, opening the International Conference on Agriculture, Food Security and Climate Change in the Hague on Sunday.   “If we use the next five days wisely and well, we can significantly move forward an agenda that will improve food security, help address climate change, and improve the lives and livelihoods of millions of rural dwellers who today live in poverty.”

That’s a tall order, but organizers say it’s more effective than dealing with interconnected challenges as if they were separate events.

Steer points out, for example, that the vast majority of the world’s poor live in rural areas.   Most of them work in agriculture, where production needs to increase as much as 70% over the next 30 years to feed a growing world population.

Aggressive farming, however, churns up carbon and other nutrients trapped in the soil, and it’s already created a vicious cycle of soil depletion, migration, and deforestation as farmers use up farmland and move into forests.   The farming sends carbon into the atmosphere, and deforestation releases carbon stored in trees, both of which contribute to climate change, which in turn makes farming even more difficult.

“We know that agriculture, forestry and land use change account for 30% of greenhouse gas emissions – and that we cannot succeed in the battle against climate change without including these elements,” says Steer.

The 30% percent figure comes from studies that show deforestation accounting for at least 17% of greenhouse gas emissions, while soil depletion accounts for an additional 13%.

“Soil carbon has a huge contribution to make to addressing the world’s climate,” says Steer.   “At this conference we will be searching for the elusive triple win: policies and programs that will, first, increase farm productivity and incomes; second, make agriculture more resilient to variations in climate, and thus promote stability and security; and, third, help make the agriculture sector part of the solution to the climate change problem rather than part of the problem.”

Officially, the five-day event is designed to help climate-change negotiators understand the latest research on soil carbon and REDD (reduced emissions from deforestation and forest degradation) in preparation for year-end climate talks in Cancun, but it’s also designed to generate concrete results by bringing project developers together with investors.

The International Institute for Sustainable Development (IISD) will be covering high-level talks on a daily basis, while our main focus will be on the investment fair.

The investment fair takes place on Monday, Tuesday, and Wednesday evening, from 6pm to 8pm.   We will explore this in more detail in Part Two of this series.

Betting on the Farm: Can Soil Carbon Cut Emissions and Improve the World’s Farmlands?
Climate Change and Forestry: a REDD Primer
IISD Coverage of Hague Summit
The Broker’s coverage of the Conference

Steve Zwick is Managing Editor of Ecosystem Marketplace.Ã‚Â  He can be reached at SZwick@ecosystemmarketplace.com.