The Ohio River Basin Trading Project is the world’s only interstate water quality trading program and on  March 11, the Electric Power Research Institute, which created the initiative, will host an event to showcase the project’s first water nutrient credits. 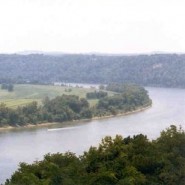 6 March 2014 | The Ohio River spans 981 miles meandering from Pittsburgh to Cairo, Illinois where it empties into the Mississippi River. Twenty five million people live within its basin and three million rely on the river for their drinking water supply.

But pollution is damaging the river’s water quality. Nutrient-nitrogen and phosphorous-pollution is flowing into the waterway from different states. While the water and pollution in it crosses borders, the differing state laws often make solving the problem complicated. And the sources of pollution are many. They include power plants, wastewater treatment facilities, agriculture and urban runoff. In order to stem the flow of effluents, collaboration is needed among these groups as well as with environmental NGOs, farmers and federal and state agencies.

Established by the Electric Power Research Institute (EPRI), a nonprofit organization focused on electricity, the trading system operates using farms that generate credits by keeping nutrients from reaching the waterway. The credits are then sold to power plants, sewage facilities and other utilities that cause nutrients to enter the river. This pilot may include up to 30 farms implementing conservation practices.

At full scale, the project could create a market that fits eight states, 46 power plants, thousands of wastewater utilities and 230,000 farmers.

The process to create this program is clearly complex especially when considering the interstate cooperation it requires. Jessica Fox, a Technical Executive at EPRI, says the complexities presented several challenges.

“Everything has to be aligned to provide certainty that a credit in one state will be accepted in another state,” says Fox. That means every part of the system, from watershed modeling, credit calculation and verifying and certifying credits has to line up. Using an on-line registry for participants helped deliver transparency and consistency, Fox says, and rigorous watershed modeling laid a foundation grounded in science. The outcome is a transparent, defensible and rigorous project.

It will officially launch on March 11. EPRI will showcase the first voluntary, verified, and quantified stewardship credits for water nutrients in the project.

The event will take place in Cincinnati from 9 am – 4 pm EST time.

This event will mark a historic milestone for the only interstate water quality trading project in the world, EPRI says in a statement. It will officially transfer the credits, share perspectives from key federal and state agency staff, hear from farmers and credit buyers themselves, and provide an unmatched networking event.

Stakeholders in attendance at the event in Ohio will include participants from Ohio, Indiana and Kentucky, the US Department of Agriculture, the Environmental Protection Agency, farmers and others.

Watch EPRI’s video on the project.