The European Commission has called for an OECD-wide carbon market by 2015 and ratcheted up calls for developing countries to keep their own emissions in check, but the question of whether offsets can be used to reduce emissions from deforestation and forest degradation won’t be answered until the rest of the world makes up its mind. Ecosystem Marketplace summarizes the debate. 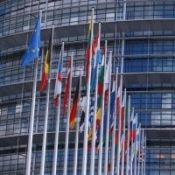 The European Commission has called for an OECD-wide carbon market by 2015 and ratcheted up calls for developing countries to keep their own emissions in check. One sticky issue has been pushed to the back-burner – namely, how (and if) Europeans will be able to use offsets to reduce emissions from deforestation and forest degradation.

31 January 2009 | European Commissioner for the Environment Stavros Dimas says he’s all for saving the tropical rainforests, and has often lamented the fact that the destruction of this vital resource contributes about 20% of all greenhouse gas emissions worldwide.

He also says the European Union should do something to halt the loss, but draws the line at letting European industrial polluters pay for the capture of carbon in rainforests – at least when those payments are used to offset their own emissions (a concept called Reducing Emissions from Deforestation and Degradtion (REDD).

The European Council and European Parliament seem to agree. Each signed off on the European Union’s climate and energy package in December. That package includes a commitment to develop “financing mechanisms” that will support the rainforests, but pointedly does not mention forestry offsets – in contrast to a proposal that the decidedly REDD-critical European Commission floated in October.

That scheme would have allowed forestry offsets into the European Union Emissions Trading Scheme (EU ETS) over time – beginning by skimming money for capacity-building from revenues taken in through the auctioning of allowances in the next phase of EU ETS, which begins after the Kyoto Protocol expires in 2012 (a difficult proposal, because the member states see that money as their own). Then would come a second phase, during which European governments could purchase credits from pilot REDD projects in the developing world, and then, finally, a point where private sector emitters could offset their emissions with forestry credits – albeit only on a very limited scale.

“This plan would support our goal of cutting the rate of deforestation in half by the year 2020,” said Valerie Merckx, who is Dimas’s chief policy officer on climate change, as the proposal was being debated.

Then came this week’s Commission proposal, which is designed to inform further debate in both the European Parliament and European Council. The January 28 document challenges developing countries to slow their emissions growth and calls for a OECD-wide emissions trading scheme by 2015; but it also makes scant reference to forestry, and no reference to offsets.

Although the European Parliament and the Council of Europe are the European Union’s two legislative bodies, laws originate in the form of proposals generated by the European Commission; and the Commission has been dead-set against the use of forestry offsets for years (see “Europe and Forest Carbon: a Climate Focus analysis of the main actors and their views on REDD”, right).

Dimas reiterated his skepticism on the fringes of the recent Climate Change Conference in Poznan, Poland.

At issue is a fear that letting forestry credits into the EU ETS will flood the market for offsets, driving down prices and failing to create an incentive for industrial reductions within the European Union.

“The Commission has targeted a price signal of around €38 per ton of CO2 by 2020,” explains Matthieu Wemaí«re, Research Fellow for Climate and European Affairs at the Institute for Sustainable Development and International Relations (IDDRI) in Brussels. “That is a key condition to allow investments to be made by them to make sure there will be reductions.”

So, when it came time for EU heads of state and then the European Parliament to debate the role of forestry offsets in the EU ETS under the new climate and energy package, they closed the door for now – but essentially left a key in the lock with instructions to open only in the event of an aggressive international agreement.

“When trying to understand the role of forestry in the European Union’s emission-reduction plan, it’s important to keep in mind that there are really two things going on here,” says Wemaí«re. “EU ETS only covers a few industrial sectors, while the Kyoto Protocol covers a nation’s entire emissions.”

“Basically, the EU ETS is one policy area, while the policy area dealing with deforestation is seen as a separate policy block from ETS,” explains Tuomas Rautanen, Project Manager for Methodology and Risk at project developer First Climate. “The linkage between the two would be forestry projects in EU ETS, but this linkage does not exist.”

Anders Wijkman, a Swedish Member of European Parliament, says the linkage could come into existence if a global agreement is reached that calls for drastic cuts in global emissions by the year 2020.

“Under the agreement we passed in December, the European Union has to revisit its climate and energy decision if there is such an agreement,” he says. “We have already said that, if the rest of the world agrees to slash emissions 20% or more by 2020, then we will reduce our emissions 30%, and doing so will require a number of additional policy measures.”

One of those policy measures could be the inclusion of forestry offsets in the EU ETS. Although that inclusion is not a given, the December law explicitly states that, if such an international agreement is reached:

…the Commission shall submit a report assessing … afforestation, reforestation, avoided deforestation and forest degradation in third countries in the event of the establishment of any internationally recognised system in this context.

Wijkman says his fellow Parliamentarians are well aware of the sequestration potential of forests – and, for that matter, of land-use in general. Indeed, he points out that the December law calls for more research into ways of capturing carbon through improved methods of agriculture.

“Deforestation and agriculture together probably account for 35% to 40% of all interference with the climate system,” he says. “Unless you rethink those two sectors, we are not going to succeed. But there is still a real debate on the best way to earmark funding.”

The question, he says, isn’t whether saving the rainforests will slow global warming, but whether offsets are the best approach.

“This is not a perfect solution,” he says. “There are, for example, clear advantages to a fund approach over offsets – mostly because the emissions trading market is volatile: prices go up and down, and that’s not the ideal conditions for forest protection.”

In the long run, he says, even the proposed offset strategies aren’t going to get the job done – but he believes they are the best way to get the ball rolling.

“None of the measures we are discussing are going to bring us down to zero emissions in 30 or 40 years time,” he says. “If you think you can do that by fiddling around with offsets, you’re fooling yourself.”

Wemaí«re says that, even if the European Union approves a forestry regime post-2012, it will likely resemble the phased approach proposed by the Commission – with an early capacity-building phase, followed by a pilot trading phase open only to governments, and then culminating with limited private-sector buying of offsets.

“There is a lot of distrust of offsets in the Commission,” he says. “And it is not just because of flooding; there are also concerns that those countries that will host REDD projects will not be able to manage leakage.”

He believes that risk management mechanisms – such applying a discount factor to allow for leakage or setting up buffer zones – will offset any leakage, but he also says many proponents of REDD under-estimate the capacity issues.

“I have some experience with forestry project on the ground in Madagascar and elsewhere, and it’s one thing to have a nice project on paper and have a nice person in the ministry who understands all the implications and who can agree from a political perspective that these projects should go on and should be approved and blah blah blah,” he says. “It’s another dimension to implement this project and to enforce any legislation that should be applied for the preservation of the carbon stock.”