Soot and smoke no longer blanket London and other Western cities like they once did, but these and other forms of “black carbon” continue to plague families in developing countries. Now a new Gold Standard methodology will offer clean cookstoves projects the chance to access a new source of funding for reducing these emissions. 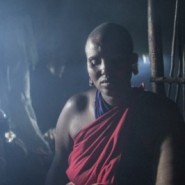 Soot and smoke no longer blanket London and other Western cities like they once did, but these and other forms of “black carbon” continue to plague families in developing countries. Now a new Gold Standard methodology will offer clean cookstoves projects the chance to access a new source of funding for reducing these emissions.

23 April 2015 | While carbon dioxide (CO2) is currently the dirty word of climate change, another pollutant – black carbon – has been chugging out of tailpipes and charcoal grills. A key component of soot, black carbon is pure carbon that results from incomplete combustion. It doesn’t stay in the atmosphere for centuries like CO2 does, but it’s deadly for those who breathe it, and it contributes to climate change when it settles on reflective surfaces such as glaciers. Its danger is so clear and present that Congress actually came together in 2009 to regulate it in the United States. But while these measures have helped reduce black carbon in the U.S., the pollutant remains pervasive elsewhere in the world and disproportionally affects the poor.

Poorly-burned fuels account for an estimated 25% of all black carbon emissions globally, and 84% of that comes from households in developing countries. These small particles have a large impact: the World Health Organization estimates that nearly 4.3 million people, mostly women and young children, die from indoor air pollution annually.

Black Carbon: The Challenge of Measuring

Because of its short time in the air, black carbon is classified as a “short-lived climate pollutant” (SLCP), which means it’s not among the six global warming pollutants covered by most climate policies. A 2013 study, however, found that black carbon is second only to CO2 as a leading cause of global warming – largely because its warming impact is 460-1,500 times higher in the short term. As a result, governments and public organizations have become more interested in addressing black carbon’s impacts – and, most recently, funded a new methodology for dealing with black carbon.

Released by the Gold Standard Foundation (GSF) and developed by a group of cookstove organizations – including Project Surya, The Energy and Research Institute, the Global Alliance for Clean Cookstoves, Nexleaf Analytics and the University of California at San Diego – the new methodology will award a certification to organizations that reduce black carbon.

The certification shouldn’t be confused with carbon offsets: companies that emit recognized greenhouse gases like CO2 can’t reduce their carbon footprints by reducing black carbon elsewhere. Certification will, however, let projects earn recognition for the black carbon it eliminates, which in turn may attract new buyers or qualify it for additional funding.

Since it is first-of-its-kind, the initial methodology will only be available to cookstove projects that have also measured their carbon dioxide emissions reductions. It will serve as a test run for future work in the field – and set the stage for an additional financing source besides carbon offsets.

Opening a New Path to Finance

Unlike many carbon offset project types, such as wind or solar, cookstove projects rely heavily on changing human behavior – first by marketing and selling the stoves, then by following up for training and maintenance. Though cookstove carbon offsets often sell for some of the highest prices in the voluntary carbon markets (at an average of $10.4 per tonne of carbon dioxide equivalent last year), the profit often isn’t enough to cover the full costs of the project.

With the new methodology, project developers can continue to sell their carbon offsets to private buyers, but can use additional certification for black carbon reduction to attract separate financing – most likely from public sources.

“In the early days, I suspect [buyers] will be mostly bilateral donors” since they understand black carbon, Hewlett said.

Hewlett was referring to the Climate and Clean Air Coalition, which was started by the governments of Bangladesh, Canada, Ghana, Mexico, Sweden and the U.S., along with the United Nations Environment Programme (UNEP) in 2012 to address SLCPs. Since then, as recognition of the need to reduce SLCP has grown, membership has exponentially increased to 44 members, the European Commission, and 54 non-state actors like UNEP.

There is also potential for private sector investment, according to Nithya Ramanathan, another methodology participant who is President of the nonprofit technology company Nexleaf Analytics and Co-Lead of Project Surya, a cookstove project based in India that focuses specifically on reducing black carbon, methane and ozone emissions. “We don’t have confirmed buyers yet. I think initially, in the first month or two, donors and countries who are motivated to reduce particulate emissions may be a good fit to help catalyze this market, but private sector buyers would be needed almost immediately in order to help establish a healthy price for the certified outcomes.”

Nexleaf plans to target possible early adopter organizations that have already shown an understanding of black carbon, but recognized that eventually the organization will need to start educating carbon offset buyers unfamiliar with black carbon.

Black Carbon Finally in the Spotlight

Addressing black carbon emissions would improve the chances of global temperature rise remaining below the maximum target of 2 degrees Celsius set under international climate negotiations, according to a study by UNEP.

So why hasn’t black carbon been addressed before now?

The answer lies in the relative permanence of SLCPs compared to other climate pollutants. Black carbon typically persists in the atmosphere for a few days. In contrast, CO2 molecules may remain in the atmosphere for decades – about a quarter of the CO2 emitted today will still be in the atmosphere 1,000 years from now. This means that cutting CO2 emissions was long considered a more urgent problem, since once a tonne is emitted into the atmosphere it’s not easily removed. However, slashing SLCPs would have a more immediate impact, with the potential to prevent 0.6 degrees Celsius of warming by 2050.

“SLCPs haven’t really been considered under the international negotiations,” said Mike MacCracken, Chief Scientist for Climate Change Programs at the Climate Institute, a non-profit organization that has focused on climate protection since 1986. “There was a sense at the time [back in the early climate negotiations] that CO2 emissions would really get addressed, so the concern focused on long-term prospects of climate change control.”

MacCracken has seen that interest change in recent years as the international negotiations have failed to produce a global commitment on climate change. But for all its potential for emissions reductions, SLCPs lack the scientific research and standards devoted to CO2.

“It’s not as well established in the scientific community as a tonne of CO2, for example. So there’s less research, less data,” said Hewlett.

Cooking up a Certification Scheme

Since black carbon’s lifespan is measured in days, its impact is highly localized depending on the region, season and local weather. So, unlike CO2, it matters where in the world it is emitted. That makes it more difficult to include in a global carbon trading mechanism. For instance, a farm in the U.S. would not be able to offset black carbon in India. Even if the units were the same, the climate impact could differ depending on such details as the cloud cover in each location or whether the winds carried the black carbon higher into the atmosphere.

Given the scientific uncertainty surrounding impact, the GSF methodology focuses on simply measuring the emissions reductions and will provide a ‘certified outcome statement’ that confirms the project’s “Black Carbon Equivalent (BCe) Emissions Reductions,” alongside Gold Standard VERs. Since BCes are not a carbon dioxide equivalent, they cannot be substituted with VERs. The certification is meant only as an additional element of a project’s verified impact, not a replacement for the carbon offset.

“The key of it really is that definition of impact – that’s the bit we’re hoping to explore more, and extend into further,” Hewlett said. “[Black carbon] is well established as a climate forcer that operates on a short timescale, but the scientific community is still establishing the impact of black carbon. It could be very different from Nepal to India or Greenland, due to the local climate conditions.”

For example, in India, black carbon has been linked to disrupting monsoon rainfall patterns and affecting millions of livelihoods, while in Greenland, black carbon that lands on surface snow absorbs more of the sun’s heat and increases snowmelt.

Hewlett is particularly interested in exploring the health impacts of reducing black carbon emissions, but cautioned that such a methodology would require even more technical advisory committees.

“Part of the balance to strike here is maintaining technical rigor,” he said. “What we’d like to do with the Gold Standard is move towards measuring health impacts in a detailed way, to establish governance and technical advisory committees and get members on board with that,” he said. “We want to make sure the right people would look at it.”

Thus, for now, the new methodology focuses only on quantifying the black carbon emissions reductions – not the co-benefits of those reductions. “What the methodology isn’t attempting to do in this first pass is to actually quantify the impact… We’re staying on our toes to see the best direction to take this because there’s a number of impacts you could look to quantify.”

The “best direction” will largely depend on the market’s response to black carbon, according to Ramanathan.

“At this stage, because black carbon is relatively new from a carbon market perspective, we thought it best to start as a certified outcome and test the market to see what people are willing to pay,” she said. “As and when we have more data on that, we’d have a better case to move forward.”