The Skoll Foundation issues the Skoll Award for Social Entrepreneurship to people and organizations it believes are best-equipped to promote large-scale positive change.  This year, Ecosystem Marketplace publisher Forest Trends was among the recipients, giving FT founder and president Michael Jenkins an opportunity to participate in the Skoll World Forum 2010. 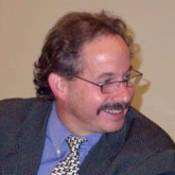 15 April 2010 | LONDON | The Skoll Foundation issues the Skoll Award for Social Entrepreneurship to people and organizations it believes are best-equipped to promote large-scale positive change.   This year, Ecosystem Marketplace publisher Forest Trends is among the recipients, giving FT founder and president Michael Jenkins an opportunity to participate in the Skoll World Forum 2010.

Here is a glimpse inside this fascinating event, courtesy of organizers.   For more video and expanded coverage of the event, you can visit their web site, www.skollworldforum.com.

2 April 2010 | The Skoll Foundation this week announced its most recent investments in social entrepreneurs driving large-scale change on critical issues around the globe.

Recipients of the 2010 Skoll Award for Social Entrepreneurship include three organizations – Forest Trends (publisher of Ecosystem Marketplace), Imazon and Telapak – working to tackle climate change through innovative efforts to preserve tropical forests in the Amazon,  Indonesia  and beyond.

Also receiving the Skoll Award are One Acre Fund, which provides an integrated approach to empowering rural farmers in  Africa, and Tostan, which has developed an innovative method to leverage human rights as a framework for community development. As part of the award, each organization will receive a  $765,000  grant.  Joining Civic Ventures and Peace Dividend Trust, 2010 Skoll Award recipients announced earlier, these organizations will be honored at the Skoll World Forum taking place in Oxford,  April 14-16.

“As we’ve grown the cadre of global social entrepreneurial leaders in the Skoll Foundation family, we’re seeing increasing opportunities for cooperation and  leverage among groups tackling similar challenges,” said  Sally Osberg, President and CEO of the Skoll Foundation. “The addition of three organizations working on forest conservation strengthens an already strong group of environmental social entrepreneurs within the portfolio, increasing the potential for impact in this critical realm.  One Acre Fund and Tostan also bring new ideas for attacking the intransigent challenge of social and economic development in  Africa, approaches that will be of great interest to social entrepreneurs and other innovators working on related problems.”

As a forester in  Haiti  and  Brazil,  Michael Jenkins (pictured, above right) saw the effects of extreme degradation of natural ecosystems on poor people and understood that traditional philanthropy alone was insufficient to solve the problem. Then, at the MacArthur Foundation, he reoriented the sustainable forestry program to take a whole-systems approach that outlined the forest “value chain” and identified strategies to build financial and community sustainability within the system.

After serving as a strategic consultant to Fortune 500 companies and spending time in  Africa  learning about the root causes of rural poverty,  Andrew Youn  launched One Acre Fund during his MBA studies at Northwestern Kellogg. One Acre Fund takes an integrated value-chain approach to empowering rural farmers in  Kenya  and  Rwanda, providing them with farming inputs, training and capacity building, and access to markets. In less than 4 years, One Acre Fund has helped triple the harvests and double the income per acre for subsistence farm families representing more than 100,000 of the world’s poorest, with the goal of reaching millions more in the next 10 years in sub-Saharan Africa.

Ambrosius  Ruwindrijarto (Ruwi) and Silverius Oscar Unggul (Onte) have led efforts to shift  Indonesia  from illegal logging to community-based logging. Ruwi co-founded Telapak in 1997, pioneering reporting on illegal logging in  Indonesia’s national parks to raise awareness of the issue, both internationally and domestically. In 2006, Ruwi, together with Onte, a community organization expert, transitioned Telapak’s focus from raising awareness about the problem to rolling out solutions via community-based sustainable resource management.

The first organization in  Southeast Asia  to help achieve group forestry certification for logging cooperatives, Telapak is scaling its model nationally, with the goal of helping local communities to eventually manage millions of hectares of forest across  Indonesia.

Since 1974, Molly Melching  has lived  in  Senegal  where she  developed a  scalable, cross-cutting model for community-led improvement and large-scale social transformation that became Tostan. Tostan implements a 3-year,  non-formal education program for adults and adolescents that uses human rights as a foundation for community development, honoring community culture and knowledge systems, and paving the way for community-led social norm shifts. Large-scale abandonment of female genital cutting has been a  result of the program and a symbol of its success. Over 4,500 communities have publicly declared the end  of female genital cutting and child marriage  in  Senegal,  Guinea,  Burkina Faso, The  Gambia, and  Somalia.

About The Skoll Foundation

The Skoll Foundation was created in 1999 by eBay’s first president,  Jeff Skoll, to promote his vision of a more peaceful and prosperous world. Today the Skoll Foundation drives large-scale change by investing in, connecting and celebrating social entrepreneurs and other innovators dedicated to solving the world’s most pressing problems. Social entrepreneurs are individuals dedicated to innovative, bottom-up solutions that transform unequal and unjust social, environmental and economic systems.