On March 31, US Congressmen Henry Waxman and Ed Markey released the first official draft of the American Clean Energy and Security Act of 2009 (ACESA) covering 85% of US emissions. Ecosystem Marketplace examines the implications of this bill for the global forestry sector and the race to halt climate change. 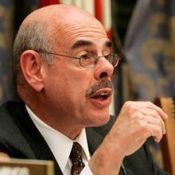 On March 31, US Congressmen Henry Waxman and Ed Markey released the first official draft of the American Clean Energy and Security Act of 2009 (ACESA) covering 85% of US emissions. The emissions cap is more ambitious than expected with 2005 as a baseline: 3% below 2005 levels in 2012, 20% in 2020, 42% in 2030 and 83% below 2005 levels in 2050. Ecosystem Marketplace examines the implications of this bill for the global forestry sector and the race to halt climate change.

2 April 2009 | One week after the US Congress spawned its first climate bill of the legislative season, Congressmen Henry Waxman and Ed Markey released the first draft of a climate bill that presents three mechanisms for channeling funding aimed at reducing deforestation: offsets, a supplemental pollution reduction program, and strategic reserve auctions. The bill signals a strong recognition and commitment to address the 20% of emissions coming from the land use, land use change and forestry sector (LULUCF), more than the total emissions of the transportation sector combined.

International forestry – and in particular reducing emissions from deforestation and degradation (REDD) credits – may be issued by the Environmental Protection Agency (EPA) and used as offsets in the US climate regime. Based on the recommendations of the Advisory Board, the EPA may include forest degradation and soil carbon losses associated with forested wetlands or peatlands within the meaning of deforestation.

The total quantity of offsets allowed each year cannot exceed 2 billion tons and may be based on sector-wide reductions or avoidance of emissions, or sector-wide increases in sequestration. It is split evenly between domestic and international offsets. Starting in 2012 offsets can be used to meet 30% of the compliance target and the share will progressively increase up to 66% in 2050 and each year thereafter. Due the 50/50 split for domestic and international offset use, a covered entity may then satisfy 15%–and progressively increase the share to 33% in 2050– of its compliance obligation using international offsets. The conversion will be 1.25 offset credits in lieu of an emission allowance. Of these international offsets, forestry and in particular REDD credits can be crucial cost containment measures in light of the economic crisis. Eligible project types will be determined by EPA two years after Act’s enactment. International offsets must be approved and reissued by EPA.

However, the bill explicitly mentions offsets from deforestation will be allowed if the EPA determines the following criteria is met:

The bill also includes a provision for the protection of vulnerable groups involved in deforestation offsets.

In addition to the cap, there are supplemental pollution reductions with the aim of preserving tropical forests, building capacity to generate offset credits and facilitating international action on global warming. From 2012 through 2025 the EPA will set aside up to five percent of emission allowances to be used to provide incentives to reduce deforestation in developing countries. For vintage years 2026 through 2030, it goes down to three percent and for 2031 through 2050, only two percent will be set aside.

In 2020, the activities to reduce deforestation must provide emission reductions in an amount equal to an additional 10 percentage points of reductions from U.S. emissions in 2005. The EPA can transfer these allowances to countries that enter into and implement agreements or arrangements relating to reduced deforestation. By 2020 the program should achieve 720 mtCO2e in additional emission reductions and cumulatively six billion tCO2e by end of year 2025.

The EPA will support the following activities:

Beginning five years after the date that a country entered into the agreement, the EPA will cease compensation through emission allowances to that country for any subnational deforestation reduction activities, except that the EPA may extend this period by an additional 5 years if it determines that:

For 2013-14, it will be the 2012 price increased by 5% plus the inflation rate (Consumer Price Index, CPI). Post-2014 it will be 100% above a rolling 36-month average daily closing price for that year’s vintage recorded on carbon trading exchanges.