Today is Earth Day, and Peru, which wil host this year’s climate talks, is marking the occasion by hosting the 20th Katoomba Meeting from Tuesday through Friday. The meeting will focus on the interplay between climate, forests, and water, with speakers including luminaries like Brazil’s Marina Silva and Peru’s Manuel Pulgar-Vidal. 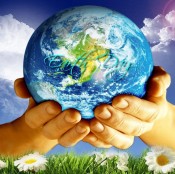 22 April 2014 | Global climate talks have consistently yielded disappointment since they launched in 1995, as have talks on biodiversity and desertification. The Peruvian government is making a concerted effort to ensure that this year’s climate talks, which culminate in Lima in December, are different.

Towards that end, they are hosting the 20th Katoomba Meeting from Tuesday through Friday of this week. The meeting is seen by many as a dry run for the December meeting, but its primary aim is to help break down the silos that characterize the global talks, as reflected in the motto “Climate, Forests, Water, and People: A Vision for Alignment in Tropical America“.

The first two days of Katoomba 20 take place in Lima on the same grounds as the year-end talks, and they are open to a broad range of participants. The second two days are by invitation only and take place in San Martin, where experts will participate in a series of workshops designed to turn theory into practice.

You can view the agenda here.

For a complete list consult the program, and for biographies of key speakers, click on “Speaker Bios” (right).

This is the tenth in an ongoing series of articles developed in support of this yearÃ¢â‚¬â„¢s two Katoomba Meetings, both of which are taking place in Latin America. The first meeting took place on March 19 and 20 in Brazil, under the banner Ã¢â‚¬Å“Scaling Up Sustainable Commodity Supply ChainsÃ¢â‚¬Â.

The second meeting will take place in Lima, Peru, over four days Ã¢â‚¬â€œ from April 22-Earth Day- through the 25th Ã¢â‚¬â€œ and its working motto is Ã¢â‚¬Å“Climate, Forests, Water, and People: A Vision for Alignment in Tropical AmericaÃ¢â‚¬Â.

Part Ten Peru Marks Earth Day With Katoomba 20 In Lima offers a late-stage guide to the Katoomba Meeting in Peru and how to access it.