Australia drew the ire of the environmental community when it backed away from its carbon pricing program last year and established a nearly AU$2.6 billion Emissions Reduction Fund in its place. With the first auction coming up this week, critical issues still need to be resolved, including whether the funding will be sufficient to incentivize new emissions reduction projects. 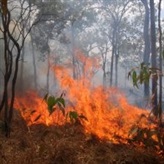 Australia drew the ire of the environmental community when it backed away from its carbon pricing program last year and established a nearly AU$2.6 billion Emissions Reduction Fund in its place. With the first auction coming up this week, critical issues still need to be resolved, including whether the funding will be sufficient to incentivize new emissions reduction projects.

14 April, 2015 – To many environmental and business leaders, Australia had a solid climate policy in place, centered around the country’s carbon tax and a planned emissions trading system (ETS). But in scrapping the country’s carbon tax last year, these leaders now believe the government reversed the progress the country was making in contributing to an international solution to the climate challenge.

“It’s certainly been disappointing to see it unfold that way,” Simon Bradshaw, Climate Change Advocacy Coordinator for Oxfam Australia, said of the government’s abandonment of its carbon pricing program.

The Liberal Party of Australia, led by Prime Minister Tony Abbott, replaced the carbon tax with an Emissions Reduction Fund (ERF), which maintains the objective of helping achieve Australia’s emissions reduction target of 5% below 2000 levels by 2020. The government has provided nearly AU$2.6 billion to establish the ERF and plans to buy offsets from competing sellers in a reverse auction.

“Australia is firmly committed to our 2020 emissions reduction target,” a spokesperson for the Department of the Environment said. “It is ambitious and comparable to other developed countries’ targets.”

But officials from energy-intensive industries, local government, carbon offset project developers and other stakeholders believe that emissions reduction target is not strong enough as it stands, according to a poll conducted by the Carbon Market Institute (CMI), which assists Australian businesses in managing risks and opportunities in national and international carbon markets, in Australia in September 2014. Seventy-six percent of respondents supported Australia adopting a stronger 2020 emissions reduction target.

“The government really doesn’t care about climate change,” said Martijn Wilder, an Australia-based Partner with law firm Baker & McKenzie. “The government came up with this stupid Emissions Reduction Fund policy at a time when it was under a bit of pressure. It’s just an alternative to an emissions trading scheme and now they are sort of stuck with a bad policy.”

The first test of this new policy comes on Wednesday at 9:00 am Australian Eastern Standard Time when the first ERF auction – scheduled to last for two days – is set to begin.

The real uncertainty relates to the offset price the government will accept under the ERF. The regulator will apply a benchmark price – the maximum amount it will pay for emissions reductions – for each auction and only bids below the benchmark will be considered. Indeed, the lowest-cost projects will be selected at auction and proponents will not be able to see what others are bidding.

The AU$23 carbon tax incentivized significant pre-compliance offset purchases in 2012 – five million tonnes of carbon dioxide equivalent (MtCO2e) developed for the CFI, according to Ecosystem Marketplace’s State of the Voluntary Carbon Markets 2013 report. The AU$23 carbon tax meant that offsets priced at the regional average of $8.8 per tonne reported that year or $14.2 per tonne last year were a cost-effective compliance option. Now, without a set emissions cap and carbon price, the price could plummet.

If the bidding price of offsets sold at auction remains high, however, the AU$2.6 billion funding for the ERF could quickly be exhausted, given the volume of existing projects expected to bid in. The Clean Energy Regulator says additional funding will be considered in future budgets, but environmental experts such as Bradshaw are not optimistic that the fund will be replenished. They see the new policy as expensive compared to the cost-effective market solutions that would have been implemented under the previous policy.

Even prior to the legislated policy shift from carbon pricing to the ERF, Australia implemented changes impacting carbon offset projects. The country included improved forest management (IFM) within the national accounting submitted to the United Nations Framework Convention on Climate Change (UNFCCC). That meant that any offsets issued to voluntary IFM projects, such as the Tasmania forestry project developed under the Verified Carbon Standard (VCS) would, from January 1, 2013 and beyond, be double counted and so are no longer eligible to generate voluntary offsets, observed Jerry Seager, Chief Program Officer for the VCS.

Existing projects initially developed under the Carbon Farming Initiative – a legislated offsets scheme adopted in 2011 to allow farmers and land managers to earn carbon offsets by storing carbon or reducing greenhouse gas emissions on forest or agricultural land – were automatically registered under the ERF. Under the new ERF policy, the federal government will purchase Australian carbon credit units (ACCUs) from legacy CFI projects, which will allow existing participants to secure a return from eligible projects – if the offsets are competitive at auction.

The fund will build on the CFI by offering emissions reduction opportunities to a range of sources beyond the land sector, including energy efficiency improvements in the commercial building sector, according to the Clean Energy Regulator.

“The legislation around the offsetting hasn’t really changed other than expanded to include more projects,” Wilder said. “That’s a positive sign.”

This raises the question of whether the fund will only support existing projects or drive investment in new projects. Only 21% of the 245 individuals surveyed by CMI believed the ERF would provide opportunities to fund their emissions abatement projects, with 50% disagreeing or strongly disagreeing with the notion. The survey, completed before the ERF legislation was officially passed, found that 40% of respondents believed the ERF should not be implemented at all while another 39% advocated for implementation with more funding, according to CMI.

“The way Australia has implemented the Emissions Reduction Fund is not using markets so much as just using government money, which can provide support to some projects, but is not fully harnessing the market and directing private capital into markets,” Seager said. “Certainly, there may be opportunities for the fund to support some projects, but it’s not going to be a fully scaled-up solution that is fully harnessing the power of private capital. That’s the challenge.”

The ERF will come equipped with a safeguard mechanism aimed at ensuring emissions reductions paid for by the ERF will not be offset by significant increases in emissions elsewhere in the economy. It will encourage large emitters not to exceed historical emissions levels, with the baselines set using data already reported under the National Greenhouse and Energy Reporting Scheme (NGER). The safeguard mechanism is scheduled to start on July 1, 2016, and will apply to roughly 140 entities that emit more than 100,000 tonnes of carbon dioxide each year – roughly half of the country’s emissions.

The safeguard mechanism has yet to be designed, with the government planning to release rules for the mechanism in October. But the new approach means that industry has no obligation to reduce its emissions, and it’s uncertain that the ERF can have a positive impact on reducing emissions without a cap.

Australia Versus the World

Australia has been on the wrong end of climate initiatives, observers say, aside from its AU$200 million over four years pledge to the Green Climate Fund (GCF), made during the UNFCCC negotiations in Lima, Peru in December. But there is concern that the GCF pledge will be Australia’s only contribution to the $100 billion per year promised by developed countries to the developing world by 2020.

“I think (the GCF pledge) was a sign they were feeling pressure from the international community and Australian civil society,” Bradshaw said. The GCF pledge was a welcome sign, but “I think the risk is that it’s seen as Australia’s overall commitment to climate finance.”

The Australian government committed to a review of its emissions reduction targets this year as part of its preparations for the UNFCCC negotiations in Paris at the end of 2015, with plans to publish its proposed climate plan, known as its Intended Nationally Determined Contribution (INDC), mid-year. A taskforce has been established to advise the government on the INDC. Setting a post-2020 emissions reduction target will be the focus of that process.

Oxfam has calculated a fair contribution for Australia would include a cut in domestic emissions by at least 40% by 2025 and at least 60% by 2030. The fair contribution refers to the country’s share of the global ‘carbon budget’ – a total tolerable amount of global carbon pollution, beyond which the risks for people and planet are unacceptable, according to Oxfam.

The CMI respondents highlighted the importance of China, the United States and the European Union, with about 80% saying Australia should look to the targets and actions of each of these nations or blocs in calibrating its post-2020 target.

“The Australian government knows that other countries are doing things, but it will do what it thinks is best for Australia,” Wilder said. “And we have a really, really hard right-wing, anti-climate government.”

Australia became the first country in the world to repeal its carbon price just as other countries such as China and South Korea have implemented or are moving toward national ETS programs. And, regardless of what other countries are doing, the government has no plans to revisit the possibility of a carbon pricing mechanism — a mechanism that created a market worth $6.6 billion in its first year of operation, according to CMI’s State of the Australian Carbon Market 2013 report.

“The Australian Government is determined to reduce emissions, but without a carbon tax,” the spokesperson said.

Bradshaw observed that the government has been “fairly defiant” about repealing the carbon price.

“Australia, for reasons we may never understand, is swimming against international trends,” he said. “They really did paint themselves into a corner with this and they may regret that” as the need to reduce emissions becomes clear. “It’s hard to see how that’s not going to involve carbon pricing.”

Gloria Gonzalez is News Editor and a Program Manager at Ecosystem Marketplace. She can be reached at [email protected]