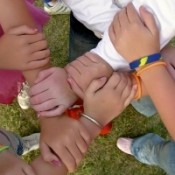 18 September 2012 | Canadian carbon-offset project developer ERA Carbon Offsets Ltd. (Ecosystem Restoration Association) has a cluster of forest-carbon projects in Canada and the US, as well as a major new development in the Democratic Republic of Congo, but it lacks the expertise to expand into related areas like biomass and fuel efficiency.

Director of Compliance Markets David Rokoss says that will change after an impending merger with Vancouver neighbors Offsetters Clean Energy (Offsetters) and Carbon Credit Corporation (CCC) goes through as planned. “In the past, we’ve had to set aside some of those opportunities where now I think we can undertake a broad scope of project development under the umbrella of one project,” says Rokoss.

“The market is made up of lots of small companies,” adds James Tansey, who founded Offsetters and will act as CEO of the merged entity. “The consolidation of these three companies gives us the critical mass needed for more revenue but more importantly gives us a full range of expertise we need to deliver on the North American carbon market.”

The three companies have worked together for years, but Tansey says merger talks didn’t begin in earnest until six weeks ago.

“The market has been demanding for a couple of years that we create partnerships to deliver to companies,” Tansey says. “At some point, you say when do you stop borrowing each other’s expertise?”

And with the Western Climate Initiative Cap and Trade Program’s (WCI) full implementation in 2015 approaching, the consolidation is another step in preparing for it. A solid revenue base and foundation is needed in order to meet the required 200 million tons of offsets that the WCI requires, Tansey says.

Rokoss says the merger puts these companies in a good position to take advantage of opportunities in the future that will come from programs like WCI as well as the growing pre-compliance and compliance market.

There is a suite of activities outside of forest carbon that these companies can use to ensure their participation in these new markets such as methane capture and ODS (Ozone Depleting Substances) destruction, Rokoss says.

There is a real focus on larger forest carbon projects at ERA, says Tansey, whereas at Offsetters there is a full range of carbon management services and combining the two brings diversity and volume, positioning them for growth in the compliance market.

The price of carbon was also a factor for the merger, Tansey says. Offsetters’ strong retail presence in the voluntary carbon market combined with ERA’s solid pipeline of projects allows them to have greater control over the sales prices, delivering more value to voluntary carbon offset buyers. Merging with ERA will also give Offsetters an opportunity to expand its geographic coverage by becoming involved in ERA projects in Africa.

When serious merger talks began six weeks ago, there was a general consensus that they wanted their projects to be ready for a changing market as well as similar interests between board members and shareholders.

While CCC and Offsetters have worked together as a business operation for the past 18 months, they signed a Letter of Intent this month to merge with ERA with the terms likely to be finalized in October.