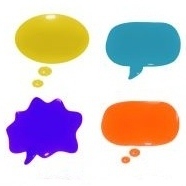 3 February 2012 | Ecosystem markets have gained credence around the world – in part because of people like Robert Costanza, Adam Davis, and Sally Collins.   After all, Costanza’s effort to put a number on the value of nature’s services sparked a debate that continues to this day, while Davis’s efforts to move beyond abstract valuations led to the founding of Ecosystem Marketplace, and Collins’s recognition of the economic threats to North American forests led to her appointment as the founding director of the US Department of Agriculture’s Office of Ecosystem Services and Markets.

All three have lent their voices to an important debate on the Ecosystem Commons web site, which is emerging as one of the more provocative forums in the ecosystem services sector.

Costanza got the fire burning last October, with a post entitled Conventional markets are the wrong institutions for managing ecosystem services.

“If we think of ecosystem services as part of ‘the commons’, we still can and should use economic incentives (fees and payments) to manage the commons,” he continued. “But we need a different institutional form than ‘markets’ within which to do this – something more akin to an ‘ecosystem trust’.”

In November, Nick Price, a Research Analyst at the World Resources Institute, followed with Are Public Ballot Measures a Better Mechanism for Conservation than Markets?, and Collins kept the fire going this week, in a post entitled Value Beyond Markets. Where are the innovative examples that incorporate true value of ecosystem services into decisions?.

“When USDA established the  Office of Ecosystem Services and Markets  we had hoped to incorporate into our mission the  value  of ecosystem services to people,” she wrote. “However, as the laser focus on markets grew, OEM shifted to a singular emphasis on markets.”

That, she said, made the organization less effective than it could be.

“The shift came at the expense of fostering a broader understanding of ecosystem service values,” she wrote.   “Too often these are not fully incorporated into key decisions, from appraisals to damage assessments to land use planning; decisions with little direct relevance to markets.”

She also identified two Forest Service efforts that she felt were getting it right: the new Planning Rule, and the Big Marsh Ecosystem Services Project.

“The new Planning Rule incorporates ecosystem service values into the long-term planning of national forests, an explicit inclusion that reflects the continued evolution of the multiple-use paradigm,” she wrote.   “Integrating an ecosystem services framework into the Planning Rule signals that the Agency is grappling with and striving towards institutionalizing the way nature’s benefits to society are accounted for in decisions.”

The  Big Marsh Ecosystem Services Project  on Crescent Ranger District in the Deschutes National Forest is, she added, “a great example of progressive land managers asking different questions, striving to identify the many ecosystem services this watershed provides, and understand how effective planning can protect these valued services in the long term.”

Can We Trust Trusts?

In his post, Costanza asked for views on the creation of “common asset trusts”, and cited a Vermont Senate bill that would “propertize” (but not privatize) the state’s natural and social capital assets in order to better manage them on behalf of their common stakeholders.

“This is a new but demonstrably straightforward approach,” he wrote.   “Trusts would define whole ecosystems as common property assets, managed by trustees on behalf of all current and future beneficiaries.”

He argued that such an arrangement would make it easier to assess damages and reward good stewardship, but not everyone sees it as a move in the right direction.

Tim Gieseke, President of Ag Resource Strategies, recognized the advantages of identifying whole ecosystems as common property, but argues for the need to somehow develop market mechanisms that capture this value.

“As a land owner/manager that gains financially from the production of provisional ecoservices, I would not be able to trust the trustees making decisions on behalf of the current and future generations,” he wrote.   “Trustees may decide to penalize certain production systems of provisional ecoservices relative to the value of them expressed by the commodity market or government policies.”

He points to Purdue economist Ed Morrison’s Strategic Doing, which he describes as “Strategic Planning infected with a social networking virus”, as a possible vehicle for incorporating trust structure values into the existing market structure.

Davis argued that our current amalgamation of property rights and environmental regulations already deliver what Costanza is asking for.

“Environmental laws are always trying to balance the rights of a property owner to act in a self-interested manner with the rights of neighbors ‘downstream’ to not be negatively affected,” he wrote.   “The resulting restrictions (no filling of wetlands, ‘taking’ of endangered species and so on) essentially recognize the value of nature, albeit imperfectly.   So I can’t see how a new law that would ‘propertize’ ecological value and create a new public institution would really advance the situation on the ground.”

Of course, these are just a small part of just three out of more than a dozen soapbox items currently on the Commons.   This being Friday, it might be a good time to drop in and see what the others are saying.