China’s sub-national pilot carbon trading programs have been proliferating across the country, and these programs have all carved out a role for carbon offsets and would allow them to be traded across borders. Now comes the arduous tasks of building a national registry to facilitate those transactions and of promoting liquidity to reduce volatility. 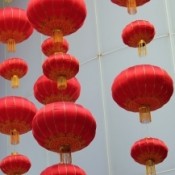 China’s sub-national pilot carbon trading programs have been proliferating across the country, and these programs have all carved out a role for carbon offsets and would allow them to be traded across borders. Now comes the arduous tasks of building a national registry to facilitate those transactions and of promoting liquidity to reduce volatility.

9 June 2014 | – China has in many ways become a beacon of hope for those who believe that carbon pricing can make a difference in forestalling catastrophic climate change. The country has quickly become the second largest player in the global carbon markets, after the granddaddy of trading schemes – the European Union’s Emissions Trading System (EU ETS). Despite implementing six pilot trading programs at lightning speed, however, China must contend with several obstacles before its carbon pricing agenda spreads across the country.

China was the talk of the Carbon Expo in Cologne, Germany last month because of the quick pace at which it implemented six sub-national pilot carbon trading programs in 2013 and early 2014. Taken as a whole, China’s carbon markets cover the equivalent of 1,115 million metric tonnes of carbon dioxide equivalent (MtCO2e), second only to the EU ETS’ 2,039 MtCO2e cap in 2013, the World Bank noted in its State and Trends of Carbon Pricing 2014 report.

“If you read the World Bank’s report, there are really a few bright spots for the carbon market and China is probably the brightest,” said Xueman Wang, Senior Carbon Finance Specialist and team leader for the World Bank’s Partnership for Market Readiness.

In November 2011, China announced its intention to implement the emissions trading pilots. The National Development and Reform Commission (NDRC) picked five cities (Beijing, Chongqing, Shanghai, Shenzhen and Tianjin) and two provinces (Guangdong and Hubei) to host the pilot trading programs.The first pilot program in Shenzhen was implemented in June 2013, with the other pilots quickly following suit, except for Chongqing, which is still in the allocation process, but close to launching.

“I was pleasantly surprised and ultimately impressed by the progress and achievement the Chinese pilots and the governments made within really just three years,” she said.

Despite the rapid pace of implementation, these pilot programs have been challenged by a number of issues, namely a lack of liquidity that has instigated extreme price volatility. In Shenzhen, prices have fluctuated significantly, starting around 30 yuan per tonne and rising to 130 yuan in mid-October 2013 before falling back recently to trade at the 75 yuan tonne mark in small volumes.

The inactivity is being driven by the lack of a derivatives market, with no futures or options trading in China’s pilots, as well as the reluctance of companies to part with their allowances – until they know their full compliance obligations are covered – and participate in the market, said Jian Wei Lim, Director of Chinese Emissions Markets at consultancy ICIS.

The quick pace of implementation created challenges for the regulated entities because all the pilot programs applied retrospective liability, making these entities responsible for meeting compliance obligations before they had certainty about free allocation levels or price indicators, said Emily Spears, Emissions Strategy Lead for BP Singapore, which has compliance obligations in three out of the seven pilot programs.

“There’s no doubt that China is moving at lightning speed and their ambition and commitment to this task can only be congratulated,” she said. “But from my perspective I would be lying if I wasn’t saying that they are other elements that are key for these markets to actually operate correctly and function properly that are moving at painstaking slow levels. As a compliance participant, that presents a lot of challenges.”

Regulators need to have a better understanding of the role of liquidity providers and the benefits of foreign participation in ensuring the success of these markets, Spears said.

“Too often, it seems the benefits of liquidity and promoting sufficient price discovery and actually reducing price volatility are confused with speculation in this market,” she said.

Other elements of the pilot schemes have been established more effectively, such as the rules allowing for the use of offsets, she said. The offsets component is being managed by the NDRC, allowing the offsets to be fungible across all seven pilot schemes. However, Spears said what is still missing is the key infrastructure to allow these offsets to be transacted in the market, namely the national registry that is expected to become operational in the summer of 2014. It is becoming increasingly unlikely that offsets will be used during the first year of the pilot schemes, she said.

Offsets can generally be used for compliance in the pilot trading programs for up to 5-10% of obligations, said Wen Wang, Scientific Director, Climate Economics Professor, Paris-Dauphine University (Climate Economics Chair) and co-author of a recent paper Overview of Climate Change Policies and Development of Emissions Trading in China. The bulk of trading activity in the offset market is unlikely to be seen at least until 2016, the authors predicted.

However, offsets generated in China’s pilot trading programs have a unique advantage over allowances issued during the pilot phase because these allowances are unlikely to be carried over into any national scheme that may emerge. In contrast, offsets – because they are being developed under regulatory guidelines by the NDRC – will likely have a higher long-term value because they could transition into a national program, according to the paper.

The CDM Gives Birth in China

In June 2012, the rules for China’s project-based offset market were released, with the offsets named CCERs, short for China Certified Emissions Reductions (CCER). This is a reflection of the fact that the approval process closely resembles the United Nations’ Clean Development Mechanism (CDM) Certified Emission Reduction (CER) program, with the NDRC playing the role of the CDM Executive Board in overseeing the development of project methodologies and registrations and hosting a national registry.

China-based producers of CER offsets will have the chance to convert their CDM offsets into CCERs. The odds are that CCERs will only stem from existing CDM projects since the CDM market is already established in China and CER prices are hovering at rock bottom, justifying a switch from the CDM pipeline to the CCER framework before new projects are developed, according to the paper.

However, there are restrictions in the pilot programs on the use of offsets that could limit supply. Hubei, for example, requires all offsets to come from local projects, while Guangdong requires 70% local offset development and Beijing requires 50% local usage. Some of the pilots also ban certain types of projects such as hydropower, she said.

As of February 2014, about 70 projects were open for public comment as part of the project validation process, according to the paper. Most of these projects are wind, hydro and solar energy, with one project in Guangdong intending to request CCERs through carbon sequestration by afforestation.

All projects seeking CCER accreditation must use methodologies approved by the NDRC. As of February 2014, there are 177 approved methodologies – 173 stem directly from existing CDM methodologies, including the notoriously controversial HFC-23 and N2O adipic acid destruction methodologies that are now banned in the EU ETS. But even though these two project types can generate large volumes, they will probably not be issued CCERs despite being eligible for the pilot programs, according to the paper.

“Since China intends to gain leadership in climate change negotiations via its pilots it seems unlikely it will allow internationally controversial projects to receive CCERs,” the authors said in the paper. “Quite on the contrary, it may even favor projects with perceived higher environmental integrity such as renewable projects.”

The Role of Forests

It will take time for projects using new methodologies to develop, particularly forestry projects that take time to materialize, the paper predicted. As for the other three land-use methodologies, they could be potentially large sources of offsets so such projects may not be issued offsets because of concerns that they could flood the market and drive prices down so low that they would annihilate any incentives for other projects to be developed, according to the paper.

Forestry offsets are allowed in Hubei’s trading program and are likely to be eligible in Chongqing. But the city may target emissions from the forestry sector in the future, an intriguing possibility although it is still hypothetical at this point, the paper noted.

Back to the Future

The attention to China’s compliance markets will only grow amid expectations that China will launch a national trading program in the 2016-2020 timeframe. In fact, market participants have already begun lobbying for next year’s Expo to feature two panel discussions on China’s carbon trading programs.