In the long run, Australia’s move to link its ETS with the EU ETS in 2015 and scrap its price floor could usher in a liquid international carbon market. The short term is more nebulous, despite provisions to bolster demand for the domestic Carbon Farming Initiative. Can the new policy sufficiently navigate carbon price risk and political uncertainty? 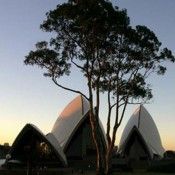 In the long run, Australia’s move to link its ETS with the EU ETS in 2015 and scrap its price floor could usher in a liquid international carbon market. The short term is more nebulous, despite provisions to bolster demand for the domestic Carbon Farming Initiative. Can the new policy sufficiently navigate carbon price risk and political uncertainty?

4 September 2012 | Forest sink developer Carbon Conscious announced last Tuesday that its biggest client and Australia’s largest green energy retailer – Origin Energy – has decided not to exercise its $133 million worth of 2013 planting options. The plantings would have expanded the largest carbon sequestration project on the continent to date, which generates carbon credits for Australia’s emerging compliance carbon market through the Carbon Farming Initiative.

The announcement came just before a larger one that same day, when the Australian government announced that it will link Australia’s Carbon Price Mechanism (CPM) with the European Union Emissions Trading Scheme (EU ETS) beginning July 1, 2015.

The partial link will allow energy-intensive Australian businesses to purchase carbon credits traded under the EU ETS, with plans to eventually structure a two-way link between the Australian and EU schemes to start July 1, 2018 – laying the foundation for the first full inter-continental linkage of emissions trading schemes. In conjunction, the Australian government will scrap its planned A$15/tCO2e carbon price floor.

Origin said its decision was unrelated to the linkage and price floor announcement, but The Australian Financial Review quoted  Dan Stevens, Director of Business Development at Carbon Conscious, as saying Origin’s decision was influenced by “market sentiment and uncertainty around the carbon price.”

This in turn has stoked discussion around how Origin’s decision may have been influenced by the expectation of low carbon prices post-2015 – and how the Australian government’s “link-and-scrap” policy could prove those expectations right or wrong.

By linking Australian buyers to EU allowances (in addition to Kyoto units), the Australian government and the European Commission intend to mitigate EU permit oversupply and thereby drive up the price of carbon (in theory). The question remains to exactly what extent the linkage alone can buoy global carbon prices – as compared to the stimulus that could result from economic recovery in the EU or the European Commission’s proposal to remove some of the EU allowances surplus.

“The devil is in the details,” says Christopher Webb, Assistant Director of Sustainability and Climate Change at PricewaterhouseCoopers. “The announcement hasn’t really moved prices in the EU, which suggests that market participants are not expecting Australia to pick up a huge volume from the European scheme – which is what would be required to significantly increase prices.”

“But on the upside,” he continues, “this could increase the fungibility of assets across the schemes, helping to reduce the overall costs to businesses and ensure more efficient and effective functioning of the markets. The details of this though are still to be determined, and aren’t expected until 2018. So whilst it appears to be a positive step, it really is too early to tell.”

Through the inter-continental linkage, the performance of carbon prices abroad will in turn influence the price of Australian Carbon Credit Units (ACCUs) – the scheme’s domestic offsets which will no longer be able to track against the scrapped A$15/tCO2e price floor on allowances. In light of this, the government’s revisions could potentially point to more short-term price uncertainty for Australian farmers and landholders looking to generate CFI ACCUs.

CFI activities already tend to require a relatively long-term outlook before they can be scaled up. For CFI-eligible activities like environmental plantings, heavy upfront financing is required to purchase degraded land and get projects off the ground before projects reach maturity and yield credits – not exactly a walk in the park. As such, the time to recovery of the carbon price could make or break project viability.

Other AFOLU methodologies, ranging from native vegetation restoration on rangelands to camel culling, are still pending a rigorous government approval process before project developers can tap into them for compliance-eligible CFI ACCUs.

Leading up to the Australian government’s announcement, the Federal Opposition expressed concerns that a one-way AU-EU link would lock Australian farmers out of European carbon markets in a lopsided deal where Australia would prop up Europe at the expense of its own farmers.

James Bulinski, Director of Carbon Innovation at forest sink developer CO2 Australia, points to the safety net in place for domestic carbon farming: “We see nothing but positives here for Australian-based providers, as there are no major shifts in the ‘caps’ around international imports that have been announced. In other words, [at least] 50 percent of Australian emitters’ obligations still need to be met from domestic sources.”

“Depending on how treaty negotiations go,” Bulinski comments, “[the linkage] may allow for export of CFI credits beyond 2018 – dependent on Europeans accepting CFI credits as fungible into the EU program.”

Sara Gipton, CEO of forest sink developer Greenfleet, also observes, “Local credits should be able to compete well with EU ETS permits in the medium to long term – which is when forest projects come into their own. The $15 floor price set us a concrete hurdle to jump, so not having a fixed price is for us a little more challenging in the short term.”
“But,” she counters, “against this we have greater long-term confidence.”

Under Australia’s revised CPM, the limit on the use of eligible international units will stay constant at 50 percent. However, the mix of eligible international units has been broadened from Kyoto units (like CERs, ERUs and RMUs) to also include European permits and other non-Kyoto units that may be admitted in the future – like credits generated from REDD activities. These new additions can comprise all or part of the allowable “international” 50 percent.

The new window for non-Kyoto credits likewise limits the potential for low-priced CERs – now capped at 12.5 percent of Australian emitters’ total liability – to depress the price of ACCUs by flooding the Australian market. Taken in combination with the scrapping of the floor price, market observers are left to assume that ACCUs will track the EUA price instead, which should provide relatively greater price support to CFI units (CFIs) and other Australian permits.

A Bridge over Opposition

Since the Australian government’s announcement, Opposition Leader Tony Abbott has repeated his vow to repeal Australia’s carbon tax if he is elected next November – though interestingly, he indicated that he is not opposed to the CFI itself.

With Australia’s CPM at the crux of establishing demand for CFI credits, however, the linkage may still offer a more stable long-term policy outlook for domestic farmers looking to tap into international carbon markets. Elsewhere on the map, the Australian government is looking into cross-border linkages with South Korea and China, and has already confirmed plans to link with New Zealand’s ETS. If executed, these new linkages could further open up the market for CFIs and other carbon offsets.