Nobody wants a regulatory apparatus that is bloated, inefficient, and opaque, but most of us do want clean air, clean water, and a sustainable economy.  Ecosystem markets can support all of these goals in a way that’s lean, efficient, and transparent – something that self-described “fiscal conservatives” should be championing.  So, why aren’t they? 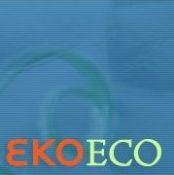 19 August 2011 | The 2012 US election season is underway, and we all know the basic script.   Democrats will try to make the case that the best way to pull our economy out of the mud is to roll back the Bush tax cuts and funnel the added income into job-creating infrastructure projects, while Republicans will continue to say the economy can free itself if we keep lowering taxes and shrinking government.

To prove their mettle on that front, most Republican presidential candidates have vowed to gut the Environmental Protection Agency – a vow that sitting House members have already started to make good on.   Democrats have limply vowed to defend the agency – primarily on moral grounds.

Neither party really gets it right, because they both – at best – see environmental protection as something we should do – like a bit of housekeeping, akin to trimming the bushes – as opposed to something we must do – like shoring up the foundation, which is what it is.

Both parties, in short, seem oblivious to the fact that our economy depends on our ecology, and that everything we buy, sell, eat, and produce is derived from nature.   If we destroy nature, we destroy our own livelihoods – as people living along the Mississippi River and its tributaries learned all too clearly this past Spring, when decades of poor wetland management exacerbated flooding and cost us billions.

If we don’t protect nature, we lose more than just cuddly animals.   We lose swamps that filter water and regulate flooding, as well as mangroves that protect our coasts, forests that clean our air, and scores of other living resources that deliver ecosystem services.

This is something that true fiscal conservatives have always understood, which is why they spearheaded the development of ecosystem markets that bring the true cost of environmental degradation into our economy.   It was hunters frustrated by dwindling supplies of ducks who first began to advocate for wetland protection, and it was George H W Bush who championed and signed the first cap-and-trade mechanism as part of the Clean Air Act of 1990.   That law put a cap on the amount of sulphur and nitrogen oxides (SOx and NOx) that industry can pump into the air, but it let the private sector identify the most efficient way of meeting that cap.

Then as now, right wingers went apoplectic – predicting everything from rolling blackouts and soaring energy costs to the end of the coal sector and a nationwide recession.   Left wingers had the opposite fear – they believed industry would just “buy its way out” of its clean air obligations, and likened the permits to indulgences.

Both sides were wrong.   The program has helped cut acid rain in half since its inception, and at a cost of just $3 billion per year, which is more than 85% lower than industry projections.   More importantly, it saved local communities more than $122 billion per year in reduced health costs and cleaner lakes and rivers, according to a study by the Journal of Environmental Management.   That’s $40 in savings for every $1 spent – although the EPA prefers the more conservative claim of $30 for every dollar spent.

Either way, the program worked, and it worked because it let government do what government does best, and it let the private sector do what the private sector does best.   Specifically, it let government draw a clear and inviolable line above which emissions dare not rise, and it let the private sector find new and innovative ways of staying below that line, with a financial incentive for those who did the best job.   This same principle drives cap-and-trade-like mechanisms that protect endangered species, promote the preservation of wetlands, and improve water quality.   All of these mechanisms were successfully pioneered in the United States, and all have been taken up elsewhere.

Like cap-and-trade, these programs work because they promote responsible land stewardship in a way that is transparent, efficient, and effective – which is exactly what fiscal conservatives claim to want.   Ecosystem markets funnel money from those who consume or destroy ecosystem services to those who restore or provide them – thus reducing the kind of foggy subsidies that fiscal conservatives claim to abhor.

These are the kinds of programs that environmentalists within the GOP should be championing, and such people do exist.   Jim DiPeso appears to be one of them.   He’s the policy director of a group called Republicans for Environmental Protection, and he recently posted a list of the “10 Biggest Republican Environmental Accomplishments“.   Bush’s Acid Rain Program, however, was not among them.

Sadly, the mainstream of the Republican Party seems more interested in abrogating the government’s constitutional mandate to “promote the general welfare” than in finding fiscally responsible ways preserving our green infrastructure.   If so, they need to abandon their slogan of “cut, cap, and balance” and replace it with something a bit more honest – like “slash, bash, and shirk”.

Mississippi Learning: Flood the Plains – and Spare the Disaster?
View the Original