The English countryside may be lovely this time of year, but those autumn leaves hide an alarming loss of biodiversity.  David Hill puts the blame in part on well-intentioned laws that promote piecemeal protection without regard to ecosystems or economic drivers.  Policymakers are listening – but can they act? 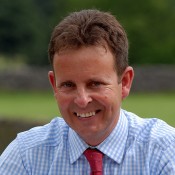 The English countryside may be lovely this time of year, but those autumn leaves hide an alarming loss of biodiversity.   David Hill puts the blame in part on well-intentioned laws that promote piecemeal protection without regard to ecosystems or economic drivers.   Policymakers are listening – but can they act?

18 October 2010 | David Hill was sitting at his computer on a frigid March day back in 2009 and shot off yet another email.   This time it was to Nick Herbert, the United Kingdom conservative party member who is now the minister for police and justice.

Hill, 52, an Oxford-trained-ecologist, had been blasting out emails and writing articles since 2007, pushing for meetings and prodding the UK government to consider mitigation banking as a market-based solution to his nation’s massive biodiversity loss.   And he had gotten nowhere.

But this time, instead of getting ignored, Hill received an email back – within minutes — and not from a low-level assistant.   Herbert himself had written back to say that the incoming cabinet was looking for new ideas.   Could Hill come down to the parliament building and present his?

Ever since, Hill says, “we were pushing at an open door.”

Hill has participated in six workshops with government officials since then, including representatives from non-governmental organizations and industry heads.   David Cameron, now the Tory prime minister, gave a speech hailing conservation banking shortly before coming to power in May.

Watership Down (for the Count)

Development and intensive farming methods in the United Kingdom have decimated the flora and fauna of England’s scenic countryside.   The population of everything from song birds to butterflies – and much of the biodiversity in between – have plummeted, often by more than 80 percent, within Hill’s lifetime.

Fed up with legislation that failed to stop the slide, Hill plans to jump start a market-based solution modeled after wetland mitigation banking and biodiversity banking in the United States. He is building the first-ever ecosystem-exchange platform in the United Kingdom, Environment Bank. Embracing an “if you build it, they will come” mantra, he is not waiting for the UK government to enact regulations or provide structure or oversight.

Some praise his gumption.   “You don’t place a bet where it’s evident; you place a bet where you think the market’s going to be,” says Michael van Patten, a New York-based ecosystem markets specialist who is consulting with Hill on creating a mitigation-market structure.

But others, while supporting Hill’s concept, question the timing and lack of oversight.   Facing a massive deficit, the UK’s Ministry of the Environment is considering cutting its budget by 25-percent budget.   It is unlikely that this reduced budget would include funding for evaluating, regulating or enforcing new environmental protection schemes, says Rob McInnes, director of the Society of Wetland Scientists and Bioscan Ltd., a company that provides ecological advice throughout the United Kingdom

“There could be a lot of mileage in this if it were well managed, regulated and financed,” McInnes says.   “But if we do it without government regulation we’d have a free-for-all and quality assurance would go out the window.”

An analysis of Hill’s initiative underscores the issues and potential for a possible new era of environmental protection in the United Kingdom that, if successful, could spread across the European continent.

Hill, speaking from his home in the Yorkshire dales, talks about the wetland and biodiversity mitigation banking he tracked and admired in the United States.   This environmental banking initiative that began in the mid-1990s and is regulated by the US Army Corps of Engineers and Environmental Protection Agency prompts developers destroying wetlands and biodiversity to purchase credits or shares in land restored nearby.

Hill’s mitigation plan does not involve endangered species that already receive robust protection in the United Kingdom, according to the recent biodiversity study, Making Space for Nature, released in September by Professor Sir John Lawton. Instead, Hill’s plan revolves around valuable but less unique examples of biodiversity that receive such ineffective protection that McInnes describes the system as “creaking at its knees.”

The Problem With the Current System

Under the existing system, the government asks developers to leave undeveloped a portion of their property, often up to fifty percent, to allow the survival of wildlife and wetlands.   This set-aside of valuable development land proves expensive for developers, slows the planning and approval process and, at times requires developers to purchase and build on additional land.

Moreover, this system of piecemeal protection frequently fails. Developers in the business of tearing down trees to build homes, businesses and parking lots typically have neither the interest nor the expertise to establish protected sites.   Meanwhile, insufficient enforcement takes place to ensure their survival, studies show.   Further, these sites function like planets in a solar system, separate, fragmented and unable to promote one another’s mutual survival.

The outcome from their failure is frightening.   Ninety-seven percent of the tree sparrows Hill admired during his childhood have disappeared, along with 85% of the turtle doves, 93% of the butterflies, 50% of the ancient woodlands and 97% of the semi-natural grasslands, according to Lawton’s study.   Clearly, relying solely on government regulations to protect the environment has not worked.

“Some people say nobody should make a profit on conservation,” Hill says. “I think that’s one reason we failed to protect it.”

Hill and his partner, Rob Gillespie, a town planner, founded Environment Bank as a brokerage firm to facilitate transactions between developers destroying wildlife habitats and nearby landowners who create biodiversity mitigation banks, sites enhanced, restored or created where threatened wildlife and wetlands can thrive.   Hill says Environment Bank will act as the middleman between developers and mitigation bankers.

To test whether their plan works, they partnered with three local wildlife-trust organizations and in June unleashed a pilot program, the Thames Headwater Project. It   covers roughly 1000 square miles in the west of England, an area nearly 50-percent larger than the city of London.   Here developers whose work impacts biodiversity on their properties will be encouraged to purchase credits from nearby farmers and other landowners who restore or enhance wetlands and wildlife. Hill plans to help weave together what he calls a “living landscape” that promotes nearby and adjacent mitigation sites that could multiply the likelihood of   biodiversity preservation. So far, they have started a database for landowners who want to put their land into the scheme to receive conservation credits.

Hill and Gillespie are also pulling together a small team to set up the market infrastructure to measure and convert mitigation credits.   They are now seeking a third-party investor to provide capital required to set up habitat banks with landowners, farmers and conservation land-management companies.

The next task, Hill says, is to identify developments within the pilot region, determine their mitigation requirements and encourage local authorities to test out their credit mechanism.

“We have the environmental credibility and need the financial expertise,” Hill says.   “Then we’ll have a bomb-proof model.”

Two out of Three

The Thames Headwaters pilot project will run under Hill and his associate’s own steam, Hill says. It has no government funding and is supported by no regulations that would prompt developers to purchase mitigation offset credits.

But nearly everyone agrees that for mitigation banking to thrive it needs a combination of regulatory drivers, consumer demand and the recognition that something has to be done.

Van Patten, who just unleashed his own ecosystem exchange platform in the United States, Mission Markets Earth, says absence of a regulatory driver does not pose a significant hurdle.

“If you show policy makers you already have landowners who want to do this on a voluntary basis they’ll start a regulatory market,” he says from his home office in Greenwich, Ct.

And that’s exactly what Hills says he hopes to do. He has two things, he says, in his favor.   First, existing legislation usually refers to “appropriately mitigating biodiversity” which is what he plans to do. And second, the UK Government has been pushing for pilot projects to test out biodiversity mitigation.   Environment Bank, then, could broker voluntary transactions and be ready if and when legislation passes that requires offsite mitigation.

That makes this a great opportunities for developers, says Van Patten.   ”They have a chance to get involved in a pre-compliance market that’s obviously a lot cheaper than a compliance market.   That’s an incentive if you’re smart.”

Moving in a Regulatory Vacuum

Others disagree.   Without planning guidance and case law, developers and landowners would be acting in a regulatory vacuum, says McInnes, speaking from his hotel room in Tampa, Florida, before giving a speech to wetland scientists.   Why would developers purchase offset credits if current regulations might still require them to set aside a portion of their own land to protect biodiversity, he asks.   And why would a landowner invest in restoring biodiversity on his own land if no regulations exist to prompt developers to purchase credits there?

“I’ve tried to push developers in the past,” McInnes says.   “The standard answer is ‘if we don’t legally have to do this, the answer is no.’   Even for the most altruistic developer, if nothing forces him to do it, it’s highly unlikely he will.”

It’s a chicken-and-egg situation.   Which comes first, a pilot project that creates credibility for a whole new way of approaching environmental conservation in the UK?   Or government regulations establishing an approach yet unproved within the UK?

Someone had to act.   And it was Hill.   He says he is convinced that the market for mitigation credits “will be massive.” Moreover, he adds, as the father of a 15-year-old son and two daughters, ages 13 and 9, something has to be done – now.

“I remember, as a boy, collecting wildflower seeds from the fields to feed the birds in the garden,” he says.   “Now all those seeds are gone because of insecticides.   The skylarks that ate those seeds have disappeared.   It’s a sacrilege to our children that they can’t hear skylarks singing in the field.”