Pacific Coast neighbors British Columbia, California, Oregon and Washington have joined forces to take on the challenge of reducing greenhouse gas emissions in the region. But Oregon and Washington so far lack what some argue is a key element to any viable attack plan: a price on carbon pollution. Can they get there and can they flesh out an expanded role for carbon offsets? 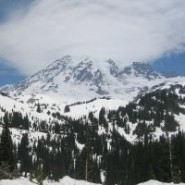 17 April 2014 | – Sick and tired of waiting for the US and Canadian federal governments to lead on climate issues, the US states of California, Oregon and Washington and the Canadian province of British Columbia decided last year to reinvigorate a regional partnership aimed at tackling the climate challenge.

“We just can’t wait for the federal government,” Matt Rodriguez, Secretary of the California Environmental Protection Agency, said at the Navigating the American Carbon World conference last month. “The situation is too dire.”

The Pacific Coast Collaborative, originally formed in 2008, had the potential to be nothing more than a symbolic gesture. But in October 2013, the four partners signed the Pacific Coast Action Plan, an agreement – albeit one that is not legally binding – to cooperate on climate issues.

The wide-ranging agreement committed the four West Coast jurisdictions to a number of climate actions, including harmonizing their targets for reducing greenhouse gas (GHG) emissions by 2050 and cooperating with other governments around the world to press for an international climate agreement in 2015.

Quite noticeably, the first tenet of the agreement commits the jurisdictions to account for the costs of carbon pollution within their borders. Among the four partners, British Columbia is the frontrunner, having implemented a revenue-neutral carbon tax in July 2008 that increased every year by $5 per tonne through July 2012. California officially launched its cap-and-trade program regulating GHGs in January 2013 after years of extensive consultation and development, with 2014 allowances clearing at a price of $11.48 per tonne in February.

In the agreement, both British Columbia and California pledged to maintain their existing carbon pricing programs, while Oregon vowed to build on existing programs to set a price on carbon emissions and Washington agreed to set binding limits on carbon emissions and deploy market-based programs to meet those limits, which could build on previously established voluntary carbon offset programs in these states such as the Climate Trust. The four jurisdictions then promised to link their programs whenever possible to establish consistency and predictability across the region and expand opportunities to grow the region’s low-carbon economy.

“Not everyone has to have a cap-and-trade program,” Rodriguez said. “There are a number of ways you can put a price on carbon. What’s important is that you put the price on carbon.”

To tax or to trade?

Oregon does not have a preference for either a carbon tax or a carbon trading program, but Governor John Kitzhaber signed a bill in August 2013 to research a British Columbia-style carbon tax, said First Lady Cylvia Hayes of Oregon, who has worked as a consultant on climate and sustainability issues. The non-partisan legislative research agency is due to issue its final report on November 15.

In 2009, Washington State came within one vote in the legislature of joining California in the Western Climate Initiative’s (WCI) cap-and-trade program, said Jay Manning, a partner with Cascadia Law Group who served as Chief of Staff for former Washington Governor Christine Gregoire from 2009 to July 2011. The WCI was designed to be a cross-border carbon trading program and previously counted seven US states and four Canadian provinces as members, but only British Columbia, California and Quebec remain active in the program, with California and Quebec linking their trading programs earlier this year.

“It was a hard-fought battle,” he said. “It was very disappointing that we did not join, but it was the front end of the recession. It probably was the deciding factor that scared enough legislators. Then we plunged into the recession and that’s all we worked on for the second term. All environmental issues receded into the background.”

But Manning seems certain that current Washington Governor Jay Inslee will make progress on carbon pricing, given his relentless focus on climate issues. He famously advocated for a national cap-and-trade program as a member of Congress and has prioritized a broad range of climate-related items as governor, including joining his other Pacific Coast neighbors in putting limits on carbon emissions.

In Washington, it’s not just Republicans who are hesitant about pricing carbon, but also progressive Democrats concerned about market manipulation, Manning said.

“It won’t surprise me if ultimately it will be necessary to go to the people on this issue to be successful in Washington,” he said.

A Role for Carbon Offsets?

Given that carbon pricing has not yet been established in Oregon and Washington, it is unclear whether any eventual programs will carve out a role for carbon offsets – instruments that represent the reduction, avoidance or sequestration of one metric tonne of carbon dioxide equivalent – as British Columbia and California have.

The Canadian province established the Crown corporation Pacific Carbon Trust in 2008 to deliver carbon offsets – in the energy efficiency, fuel switching and sequestration categories – in service of the province’s carbon neutrality goals. But the trust was nixed last year in favor of folding its responsibilities into the Climate Action Secretariat within the Environment Ministry.

California regulators have so far issued more than 7.5 million offsets in their carbon offset program, but market participants are urging the California Air Resources Board (ARB) – the agency charged with overseeing the cap-and-trade program – to pick up the pace at which they approve voluntary carbon offset project types. The state’s roster of offset project types is currently restricted to forestry, urban forestry, livestock and ozone-depleting substances protocols, but that could soon change with the ARB scheduled to consider adding a coal mine methane project type on April 25.

In Oregon, the Climate Trust was created in 1997 in response to the passage of the Oregon Carbon Dioxide Standard, which required that new power plants built in the state reduce their carbon dioxide emissions to a level 17% below those of the most efficient combined-cycle plant, either through direct reduction or offsets. The Climate Trust has a portfolio that includes eight offset project types and 21 active projects that are anticipated to offset 4.25 million metric tonnes of carbon dioxide.

In February 2014, the Climate Trust released a report prepared for the Oregon legislature evaluating potential carbon pricing mechanisms. The report examined carbon pricing programs in Australia, British Columbia, California, the European Union and the US Northeast. Of the programs studied, California’s cap-and-trade program has perhaps the clearest applicability for Oregon given the similarities shared by the states such as strong agricultural and technology sectors and strong energy efficiency and zero-emission vehicle initiatives, the report found. But Oregon’s legislature should establish clear guidelines for the management, use and retirement of offsets if it pursues the cap-and-trade route, the report suggested.

“It is likely that any cap-and-trade system Oregon may institute would borrow heavily from California’s framework to ease the potential for linkage between the two markets,” the report stated.

Giving the feds a little nudge

One of the primary goals behind the Pacific Coast partnership is to support positive federal action on climate change, including President Barack Obama’s Climate Action Plan. Despite their unwillingness to wait, the state officials did cite some promising signs that the federal government is finally ready to take action, most notably proposed regulations from the US Environmental Protection Agency that would regulate carbon emissions from existing power plants, due in June. Rodriguez called the discussions on the program, which would be established under the federal Clean Air Act, a “hopeful sign.”