If you plant trees to earn carbon credits under the Kyoto Protocol, you’ll earn temporary Certified Emission Reduction (tCER) certificates, which expire after a few years to reflect the perceived fragility of carbon captured in plants. They’ve proven unpopular with buyers, and sell for a fraction of the price of normal CERs. The United States, however, may use five-year term offsets for domestic land-use offsets under its cap-and-trade scheme, and sellers say lower prices are fine with them. Here’s why. 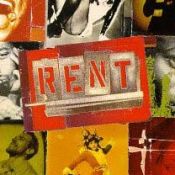 If you plant trees to earn carbon credits under the Kyoto Protocol, you’ll earn temporary Certified Emission Reduction (tCER) certificates, which expire after a few years to reflect the perceived fragility of carbon captured in plants. They’ve proven unpopular with buyers, and sell for a fraction of the price of normal CERs. The United States, however, may use five-year term offsets for domestic land-use offsets under its cap-and-trade scheme, and sellers say lower prices are fine with them. Here’s why.

24 July 2009 | In negotiations leading up to the Kyoto Protocol, critics of letting companies offset their industrial emissions by preserving or planting carbon-capturing trees argued that forests are susceptible to fires, pests, and illegal logging – as opposed to wind farms and other technological changes, which were deemed “permanent”. To assuage this concern, negotiators came up with two types of Certified Emission Reduction certificates (CERs) that expire: temporary CERs (tCERs) expire at the end of the commitment period following the one in which they were issued, and long-term CERs (lCERs) expire at the end of the crediting period for the project but are re-evaluated every five years and can be renewed twice.

On the global market, offset buyers have been lukewarm to tCERs and downright cold to lCERs – both of which leave the buyer responsible for replacing the offset at the end of that period in order to maintain the ecological integrity of the offset. As a result, the current trend in accounting for carbon captured in land-use is towards schemes that abandon tCERs and lCERs but account for non-permanence by asking project developers to plant more trees than they sell credits for.

Recent legislation proposed in the United States, however, has been revised to include offsets that are designed in the same vein as tCERs – a development that has raised concerns about the future of domestic cap-and-trade.

A Brief History of tCERs

Developed under the Kyoto Protocol’s Clean Development Mechanism, tCERs are sold at a discounted price due to their temporary nature and, according to a World Bank report on Temporary Sequestration Credits, can only retain their value “if restrictions on carbon emissions are not expected to tighten substantially”.

The inability of offset buyers to control for future compliance costs has made tCERs a rather undesirable offset type that some argue provides little economic incentive for buyers to invest in them, in addition to having added complications to consider such as rules around the crediting period, re-verification and expiration.

As a result, tCER projects accounted for just 27 out of 4000 CDM projects as of October 2008, according to a CER Market Report from Carbon Positive. Values are also much lower, with tCERs priced at US$3-4 compared to US$12-20 for permanent CERs, according to the same report. Since then, the pipeline has certainly grown – but only by 60 or so projects, according industry sources. No matter how you slice it, tCERs are a small fraction of all CERs registered.

Given that agriculture and forestry will have to remain a core component of any domestic climate bill in order for it to pass in the United States, resolving the offset permanence issue will be critical.

Fortunately, there are a number of other ways to ensure against non-permanence – for instance, through bundling offsets in a diversified portfolio of credits or through buffering, as is done under the Voluntary Carbon Standard.

Under the buffering approach, a negotiated portion of credits from the project are set aside and treated as permanent once the project’s permanence risk has been assessed. After a certain period of time, the remainder of those credits are re-evaluated based on how the project has performed to date.

Beyond insurance mechanisms, building institutional and technical capacity in order to prevent the loss of carbon offsets through illegal logging, fires, etc. is another strategy for reducing the risk of non-permanence. Developments and investments in forest-tracking and satellite technology, as well as engaging and addressing local community needs, are key ways to monitor and insure against reversal of carbon offsets.

Temporary Credits in US Climate Legislation

Despite the global market’s rejection of tCERs, current proposals in the United States encourage the use of temporary credits.

Interestingly, in the United States, opposition to permanent offsets from changes in land-use practices is coming not from offset opponents, but from potential offset sellers themselves. That’s because traditional-land use and forestry offset projects project results over a 100-year period, but many domestic land owners are unwilling to commit their land (which has obvious economic alternatives) to carbon offsets for such a long period of time.

Addressing permanence is just half the battle; the other half is surely balancing the many conflicting and competing interests of the farm lobby, environmental groups and the EPA.

The Climate Bill Revised: What Will It Mean?

In response to complaints that American farmers would be faced with increased operational costs under the current climate bill, key members of the House Agricultural Committee pushed for domestic offsets from agriculture to be included in the climate bill. Originally, forestry offsets were intended to be sourced internationally. The result: Domestic agriculture won on two fronts. First, the USDA, not the EPA, was tasked with determining eligible offset types and methodologies for domestic agricultural and forestry sources (though EPA will still be responsible for offset types and methodologies from non-agricultural sources). Second, the new category of “term” offsets (essentially domestic tCERs) was included in the bill. These offsets would be set with a maximum 5 year duration, and require financial assurances that liabilities will be covered post-expiration.

So, does the inclusion of temporary credits in the Climate Bill necessarily have to undermine a domestic cap-and-trade system?

Some experts, such as the Nature Conservancy’s Jeff Fiedler, think not.

“Using a tCER is kind of like leasing instead of buying,” he says. “Many companies rent or lease equipment all the time because it makes more sense for them from an operational standpoint not to have to brunt that upfront cost”.

If that is the case, then term offsets, despite uncertainty about future pricing, could be very attractive to some credit buyers that need to comply with new regulation but are not yet able to factor the cost of a permanent credit into their cost structure. The instrument itself is not necessarily the problem, as its value should simply represent the net present value of a permanent credit’s revenue stream, and is therefore equivalent over the long term in theory; the real issue is one of ensuring liability and proper monitoring regardless of what happens to future credit prices.

Ensuring that temporary credit buyers are truly held financially liable for both replacing the credit and paying for any price changes is absolutely essential in making these credits work in a cap and trade system. And if done correctly, the use of term offsets should not undercut general offset prices.

Of course, managing for these issues requires perfect information in a perfect market; something that is difficult under any circumstances and especially when such little data exists for tCERs.

So, what can we expect from the US as we move towards Copenhagen? The climate-change science certainly isn’t changing, and it’s clear that a weaker climate bill would not be in anyone’s best interest.

There will undoubtedly be pressure for the use of tougher targets from both the European Union and the developing world, as well as pressure on the domestic front to both prevent further economic turmoil and protect powerful interest groups like the Farm lobby. Establishing a climate bill that can meet these seemingly contradictory demands will be and has been difficult, resulting in concessions on a number of fronts. That said, making it work could be possible if we get the legal framework right. If we must use term offsets in order to get everyone on board for establishing the system in the first place, then perhaps now the focus should be on making the term offsets a more ecologically sound and financially foolproof instrument.

Avril David conducts research on the terrestrial carbon sector for Ecosystem Marketplace’s Forest Carbon Portal. She may be reached at [email protected].