After a series of false starts, California regulators have finally added a new type of emissions reduction project into their regulated carbon market: mine methane capture. They also approved a change that would make the buyers of emissions reductions from forestry projects responsible for replacing the offsets if the projects turn out to be problematic. 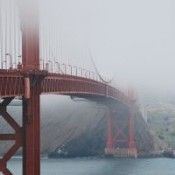 29 April 2014 | Naturally cautious after major litigation challenges, California regulators at the Air Resources Board (ARB) – the agency charged with overseeing the state’s regulated carbon market – have moved slowly in embracing new types of emissions reduction projects. But finally after years of lobbying from project developers, buyers and other stakeholders, the regulators have added a new project type to their roster of eligible offset protocols: mine methane capture.

The ARB announced on Friday that it has approved a new protocol that would generate compliance-grade carbon offsets from coal mine methane projects. ARB staffers have previously estimated that the protocol could produce a potential domestic offset supply of 60 million tonnes of carbon dioxide (tCO2e) in emissions reductions.

This project type joins forestry, urban forestry, livestock and ozone-depleting substances protocols originally developed in the voluntary markets as being eligible to produce offsets for entities regulated by the cap-and-trade program, with these project types allowed into the program in October 2011. The ARB sees emission reductions from carbon offset projects as a vital factor in achieving California’s ambitious goals to reduce its greenhouse gas (GHG) emissions to 1990 levels by 2020 and 80% below 1990 levels by 2050, set out in a landmark piece of legislation commonly known as AB 32.

The newly adopted protocol addresses the two primary sources of methane from active mining: methane released through ventilation shafts, and methane released from drainage systems. Emission reductions will be achieved through methane capture and use or destruction of methane from these sources. Reducing methane is critical because, over a 20-year span, it can warm the atmosphere more than 80 times as much as carbon dioxide, the ARB noted.

The coal mine methane protocol, consideration of which had been delayed several times due to requests that the ARB further examine the protocol, was approved on Friday as part of a package of amendments that will become effective on July 1.

Holy Cross Energy, a non-profit, member-owned electric cooperative utility in Colorado, specifically cited the global warming potential of methane in urging the ARB to adopt the protocol earlier this month.

“The mine methane capture protocol targets a sector that can contribute a significant US supply of greenhouse gas reductions that would otherwise not be controlled,” he said in comments submitted to the ARB.

The addition of a new project type is helpful from an offset supply standpoint, particularly because transportation and natural gas entities will start to be regulated under California’s cap-and-trade program in 2015, which will trigger a significant increase in offset demand, said Gary Gero, President of the Climate Action Reserve (CAR) – an offset registry that supports projects to reduce GHG emissions. But the potential 60 million tonnes cited by the ARB is a far cry from the 500,000 tonnes of coal mine methane offsets issued under CAR’s program to date that the organization expects to be recognized by the ARB.

“I’m not convinced by the numbers that ARB has indicated in terms of total supply,” Gero said. “We haven’t seen anything close to that as economically available. That may be the technical potential, but not the economic potential.”

Project developer Blue Source commended the ARB for its hard work in developing a protocol that will economically enable the destruction of waste mine methane previously vented to the atmosphere. “ARB has constructed a protocol that is scientifically sound, technically robust and practical in its workability and application, which should all result in measurable, real and permanent reductions in greenhouse gas emissions,” said CEO Eric Townsend in his public comments. But the ARB’s decision was not without controversy, as several observers objected based on the notion that adoption of the protocol would incentivize the development of major coal mining and natural gas extraction operations and lead to increased environmental degradation. General objections were also raised to the use of carbon offsets and trading mechanisms as a solution to address climate change. The ARB has previously been sued over the offset protocols allowed in the cap-and-trade program and although the ARB prevailed in court in January 2013, the ruling is under appeal.

Forest buyers now on the hook

Another key change approved as part of the package of amendments will shift the risk of invalidation for forestry offsets away from forest owners to regulated emitters that submit the offsets for compliance. The so-called buyers’ liability provisions featured in California’s cap-and-trade regulations allow the regulators to invalidate offsets that are found to be faulty or fraudulent and require regulated entities to surrender replacement offsets for compliance. In the original rules, forest owners were found to be responsible for the invalidation risk. But once the amendments take effect, the buyers of forest carbon offsets will bear the risk, as do buyers of offsets from other types of projects eligible for the California program.

General support exists for the ARB’s efforts to ensure uniformity of the invalidation rules across all project types, according to stakeholders. But Chevron had previously expressed concerns about shifting the invalidation risk for forestry projects.

“To the extent that buyers’ liability is the enforcement tool that ARB has, I think it’s right and reasonable that that is applied consistently across all the protocols,” Gero said. “Forestry was originally treated differently, but I think (the ARB) came to realize that consistency with the other protocols was important.”

Gloria Gonzalez is a Senior Associate in Ecosystem Marketplace’s CarbonProgram. She can be reached at ggonzalez@ecosystemmarketplace.com.