Californians will be asked to choose between their principles and their pocketbooks in November, when they vote on a proposal to automatically suspend the state’s climate-change legislation when unemployment hits a certain level.  The battle between “California Jobs” and “Dirty Energy” could be a harbinger of the national fight to come. 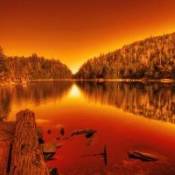 Californians will be asked to choose between their principles and their pocketbooks in November, when they vote on a proposal to automatically suspend the state’s climate-change legislation when unemployment hits a certain level. The battle between “California Jobs” and “Dirty Energy” could be a harbinger of the national fight to come.

NOTE: This article originally appeared on Salon.com, and is reprinted by permission.

But the most important choice Californians will make this year won’t be between a Republican or a Democrat. Also included on the ballot will be an initiative asking voters to decide whether to proceed as previously planned in shaping a future aggressively oriented toward clean, renewable energy, or to instead take a giant step backward.

Climate change legislation may be dead at the national level, but in California, a far-reaching law is already in place: AB 32, the “Global Warming Solutions Act of 2006.” AB 32 mandates that California must reduce its greenhouse gas emissions to 1990 levels by the year 2020. But California’s crazy government-by-initiative system means that just because a law has been passed by the California House and Senate and signed by the governor doesn’t make it secure. On the ballot this November, voters will get their own chance to weigh in on AB 32 by deciding whether or not to pass Proposition 23, the misleadingly named “California Jobs Initiative.”

Bankrolled by a couple of Texas oil companies that operate large refineries in California and are among the state’s biggest polluters (and greenhouse gas emitters), Proposition 23 is designed to gut AB 32. If it passes, it would halt implementation of AB 32’s mandate until California’s unemployment rate falls below 5.5 percent. Since California is currently laboring under a recession-induced 12 percent unemployment rate, that could take quite a long time, if ever…